The latest rumor making the rounds of the internet is the same one we’ve been hearing about for years: an iTunes subscription-based music service. Both the New York Post and CNET are reporting that Apple is considering a subscription music service; the New York Post also reports (be careful, they have a history with rumors) that the latest plan hatched in Cupertino’s black labs wants music execs to agree on a monthly service that could have a tiered pricing model ranging from $10 to $15. The report doesn’t tell us how much music would be included in each tier, and whether this subscription is meant for local content or cloud access. 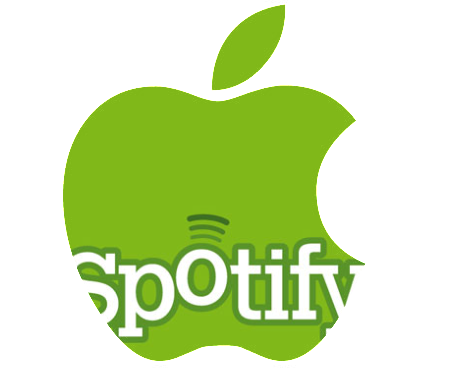 Apple iTunes boss Eddy Cue was on the phone with music honchos as recently as a few weeks ago trying to figure out how the partners can move forward.

One top music exec said the labels are supportive of the idea and believe it could re-energize digital music sales. While album downloads have been on the rise, single track sales were flat in the first half of 2010 compared to the previous year.

So this should be the plan: offer a subscription service, include a certain number of songs on each tier, create a more expensive one with album-downloads. Locally? That doesn’t sound right. I believe the New York Post heard something about Cue playing around with his iPhone, but the report doesn’t offer the details we want to know.

What we have on CNET is far more interesting: Apple is apparently pushing music execs to decline Spotify’s US offers because they won’t make any money with the Swedish startup.

But multiple music industry sources say that Spotify, which is now in discussions with all four big record companies, is facing an assortment of obstacles–some of its own making, and some from external forces

Apple executives have expressed concern to the labels that a free music service here could undercut already lackluster download sales.

So here’s the thing: Apple wants to launch a music subscription service with cloud access and they don’t want Spotify to get in the way. They’ve probably been calling some labels to tell them about Steve’s “better, more secure” plans, and to remind them that, in the end, you can’t trust Europeans. That’s how they roll: Steve Jobs saved the music industry. Labels owe him one. Even though music downloads have slowed down over the last year, labels are ready to believe in Jobs’ plan once again.

But there’s this cool little guy coming all the way down from Europe asking for a chance to test his service in the US. They (Spotify) have a free ad-supported model (which labels hate) and a premium offer with mobile apps (which labels love). Spotify doesn’t let you download songs, all you can do is search and listen. There have been some difficulties in the past, but if it’s true that Spotify is looking for way to limit the free version in the US (30-day trial, perhaps) and give more importance to the premium model (which is 10 bucks a month or so), they might have a chance. US labels don’t want cool European guys to come down and ask for music on a free service. They want premium subscription (surprised? exactly what the New York Post is reporting) or a cut on download sales.

Spotify got it right in Europe and might change its vision for the US. Instead of learning, we’re hearing that Apple is blatantly copying or, worse, fighting against it. Competition is ok, but here’s a tip for whoever is handling this in Cupertino: take a closer look at Spotify (really, you just need VPN access to the UK to subscribe. I bet you have it) and see how well it performs. It’s a great consolidated service that gained lots of users and, most of all, trust. You can create playlists, star songs, keep content in an offline cache if you’re premium user. You can share songs on Twitter and Facebook, subscribe to user’s generated playlists and even connect through Facebook with your friends inside Spotify. Just like Ping, remember?

When it comes to business it’s never about who’s wrong or right. Spotify is playing its own game (or maybe they’re learning how to play in a new field) and Apple wants to keep labels close, and competition far away from them. The music industry has always been a huge mess, and now that tech companies have joined the mess it has become an even more complicated affair.

For once, though, it could be about what’s better.