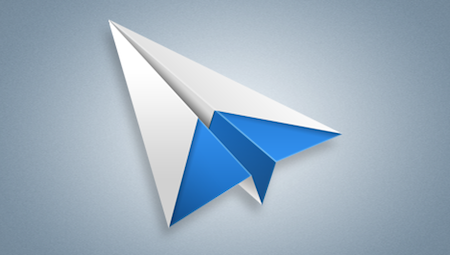 As revealed by Dominique Leca to Business Insider, the company he co-founded is now working on an iPhone version of Sparrow, which is in the very early stages of development and simply known as “Sparrow for iPhone” at the moment. For those not familiar with the Mac app, Sparrow is an alternative email client for OS that started out as a mix between classic email and Tweetie-like UI to deliver a fresh Gmail experience on the desktop, and eventually evolved into a powerful solution to access Gmail (including features like shortcuts, stars, and labels) as well as classic IMAP. The app got more social and better integrated with Lion, adding full-screen mode and a completely redesigned sidebar for navigating through your inboxes. Some people say Sparrow’s success is due to the fact that the app does email, but it doesn’t feel like email; Sparrow is sold at $9.99 on the Mac App Store with a lite version available, and a licensed version also up on the devs’ website.

We previously reported on Sparrow adding Twitter’s Loren Brichter to the team of advisors, raising $250,000 in funding over the last months; according to Leca, Sparrow has made more than half a million dollars since the Mac App Store release, although they don’t like the fact that Apple’s store for OS X apps lists both indie software and applications from Apple such as Final Cut Pro X, iWork, or OS X Lion.

In the interview, Leca also reveals they’ve started working on an iPhone version of Sparrow, aimed at enhancing Apple’s Mail experience with a different and faster UI, attachments from the compose view, and lots more. If we had to speculate on Sparrow’s focus for iOS, we’d say porting the Gmail integration that has characterized the desktop app to iOS would be a good idea.

Still, the problem for Sparrow is that Apple has always been reluctant in accepting apps that “duplicate functionality”, such as email applications. That’s why Google hasn’t released an official Gmail app for iOS yet, whilst Android has one. Apple does, however, accept third-party browsers for iOS, albeit they’re based on the same engine of Safari – they can’t use their own interpreters. This is the reason behind the lack of a real Firefox version for the iPhone – the Firefox Home that Mozilla ships is actually based on WebKit, like any other alternative browser for iOS. They’re basically skins on top of Safari’s engine, with different functions and interfaces. Same applies to photo album management apps, which are simply connected to the Camera Roll (and Apple’s Photos app) through an API. An API or similar technique doesn’t exist for email messages, thus the lack of third-party email apps for iOS. Much has changed since 2008 (for instance, Apple now accepts web app wrappers such as MailWrangler), but native third-party email apps still haven’t made it to the App Store.

Leca seems somewhat confident in Apple’s intention to start opening up iOS soon to approve apps like Sparrow for iPhone, which in order to work would have to feature its own email assets in order to directly work with Gmail, out of Mail app, with a different UI and compose view. From the interview:

BI: So do you think they’ll approve it?

DL: I think they will. They’re accepting third party browsers, so why not mail? This would be really inconsistent. Opera has a browser out there, and I think Mozilla has one coming too.

BI: So you think it’s only a matter of time until Apple loosens the chains?

DL: Yeah, I guess so. In regards to apps that compete with their own apps, I think iOS is sufficiently settled and I think people have been evangelized enough now so Apple will feel more secure opening it up.

The current iPhone mail app is just about perfect, but we’re just making things faster in terms of UI, and we’re adding a lot of small details for power users, like attaching images straight from the compose window.

We’re looking forward to Sparrow’s upcoming features on the Mac and mobile version, although I’m personally not sure as to whether Apple could really decide to let others sell email apps or real browsers in the App Store. Sure, the platform is mature enough to let users easily differentiate between Apple’s default solutions and standalone apps, but that would mean giving up a bit of control on the ecosystem, something that Apple has carefully nurtured in the past three years. I believe Sparrow would also be a great addition to the iPad – which I use regularly to manage and respond to emails – but, again, I don’t know why and how could Apple free developers from the ties of Safari and Mail in the near future. [Business Insider via MacRumors]