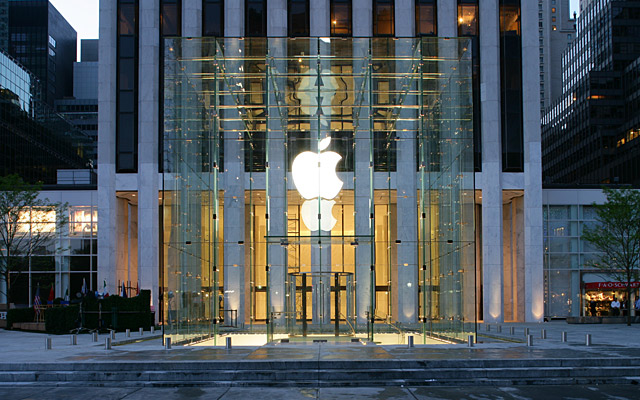 As the iPhone 4S begins its international rollout, lines have begun forming at Apple retail stores in preparation of tomorrow’s product launch. The iPhone 4S, announced at a media event last week, will go on sale tomorrow at 8 am in seven countries: US, Canada, UK, France, Germany, Japan and Australia. The device will be available in two colors (black, white) and three storage sizes (16 GB, 32 GB, 64 GB); in the United States, it will be available on carriers AT&T, Verizon and, for the first time, Sprint. Soon after the pre-orders for the device started online, Apple announced they had already topped 1 million; those who haven’t been able to pre-order an iPhone 4S, or have decided to avoid the online process altogether, are now camping out hoping to get one tomorrow morning.

As we did with our iPad 2 coverage earlier this year, we’re collecting some of the best photos and videos people waiting in line at Apple stores are posting online. We’ll be updating this post throughout the next 24 hours, so make sure to come back later for the latest updates and photos from around the globe.

If you want to send us photos or videos from your local Apple store line, send us an email at: tips at macstories.net

First off, our Italian friends at iSpazio have decided to fly to London to get an iPhone 4S on day one (Italy isn’t among the October 14th launch countries). More than 50 people are already in line at the Covent Garden Apple Store, as shown on iSpazio’s videos and photos.

Meanwhile on the other part of the globe, GlassHouse Apps has tweeted photos of the line at the Charlestown Apple Store in Australia. 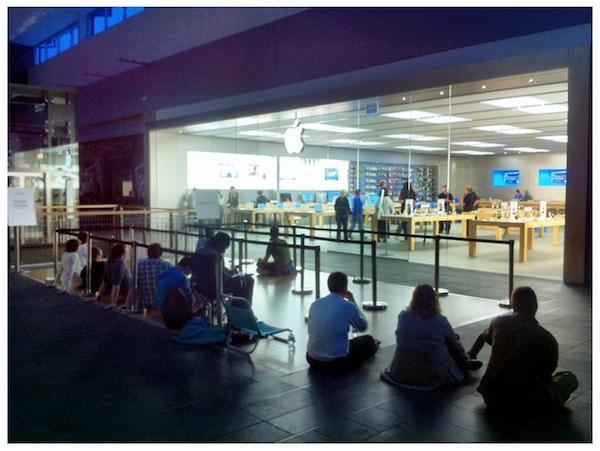 iPhoneItalia is also at the Covent Garden Apple Store in London, with photos and videos available here. 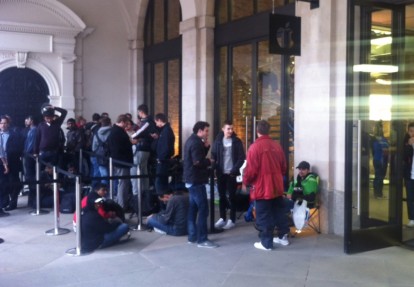 From Japan, Guillaume Erard reports (via MacRumors) that over 100 people were already in line at the Shibuya retail store 11 hours before launch. 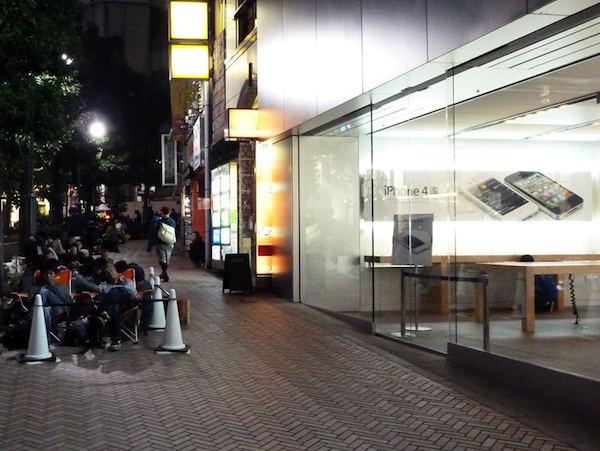 Also in Australia, Twitter user @BeauGiles has posted pictures showing the line at the Sydney Apple Store and the tickets Apple employees are handing out to indicate which iPhone model a customer would like to purchase. 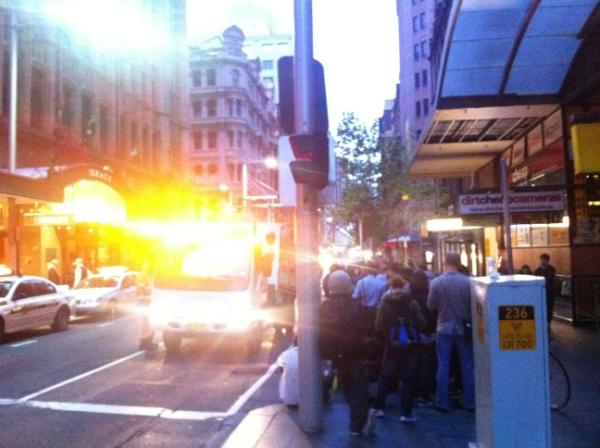 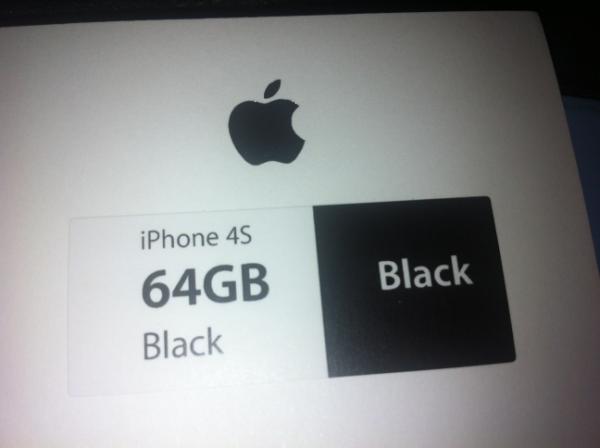 GlassHouse Apps has posted more photos of the iPhone 4S line 30 minutes before the store’s opening.

At 4 PM EST, we’ve yet to hear of significant lines in the United States, where the iPhone 4S will launch in 16 hours (East Coast timezone).

iSpazio reports the Covent Garden store is now closed (10 PM local time) as employees begin preparing promotional in-store material for tomorrow (as well as positioning new iPhone 4S demo units on the store’s tables). The line keeps growing as you can see from the video embedded below.

Update: Woz himself has tweeted he’s first in line, and Parth Dhebar (@pdparticle) has posted photos of him at the Los Gatos store. 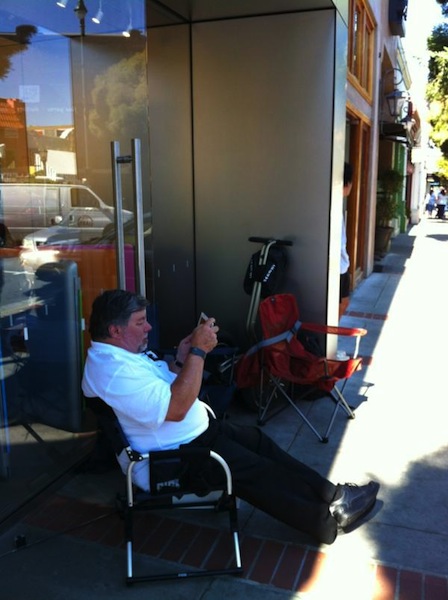 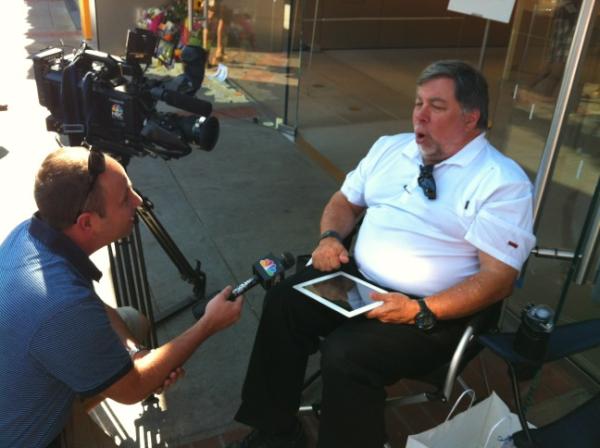 Both @BeauGiles and @GlassHouseApps have acquired their iPhone 4S units and posted pictures on Twitter. 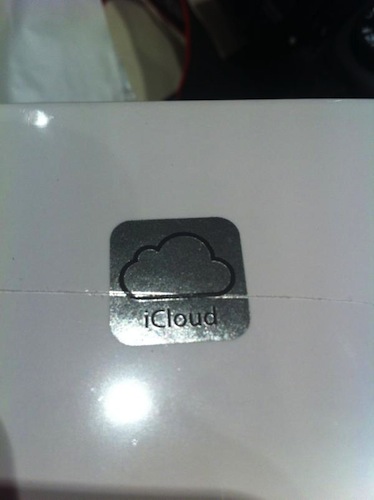 Here’s a series of videos from YouTube showing lines in Germany, Australia and Japan, as well as Apple employees cheering and clapping for the launch of the device.

Tributes for Steve Jobs at the Perth Apple Store: [photo via] 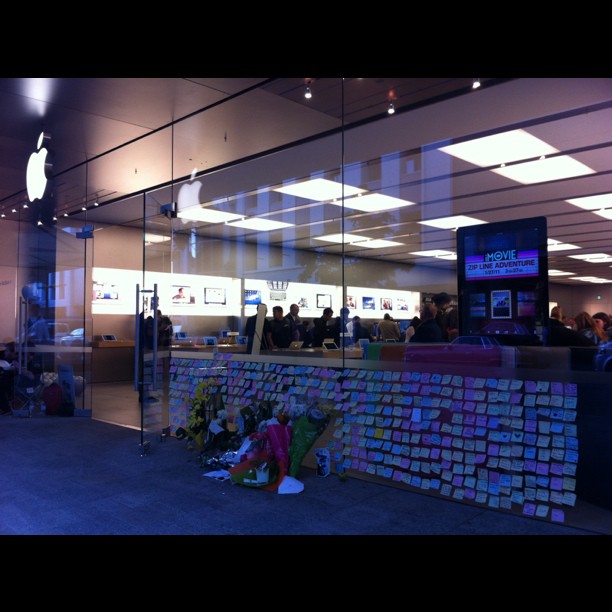 Reader Franz sent us a photo from the line in Munich, Germany: 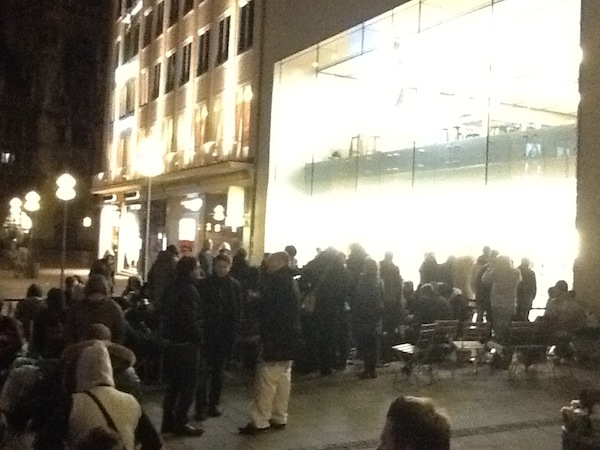 It’s 6:30 am in the UK and the Covent Apple Store has a very large line of people lined up [Image via] 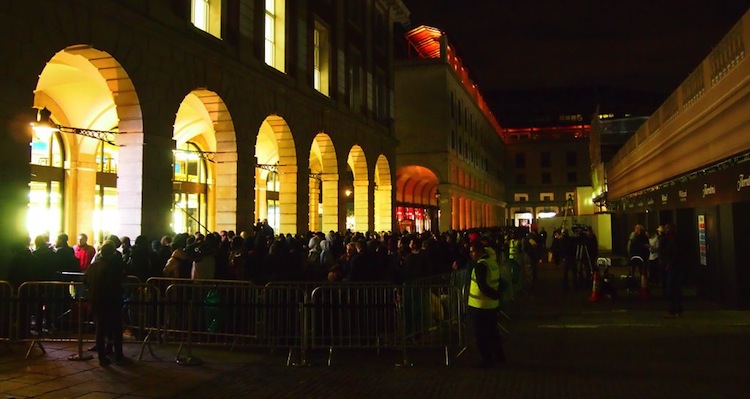 @ifostore has been tweeting from the 4th Street Apple Store in the US where the Apple team has added a new huge iPhone 4S to the front of the store and is preparing the iPhone 4S table. 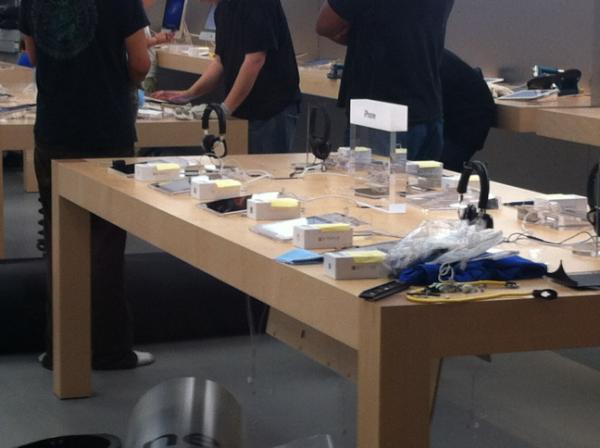 Here are some photos from Munich [Via @jest32] 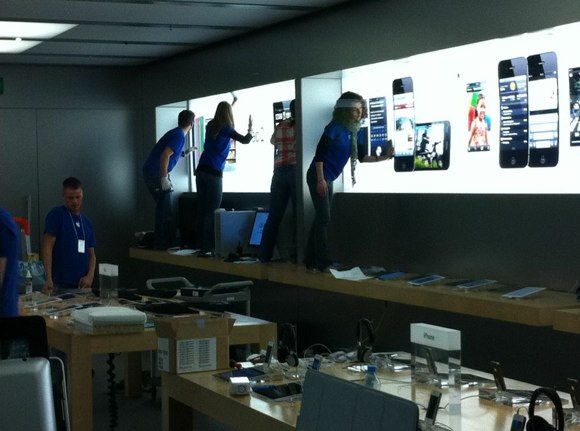 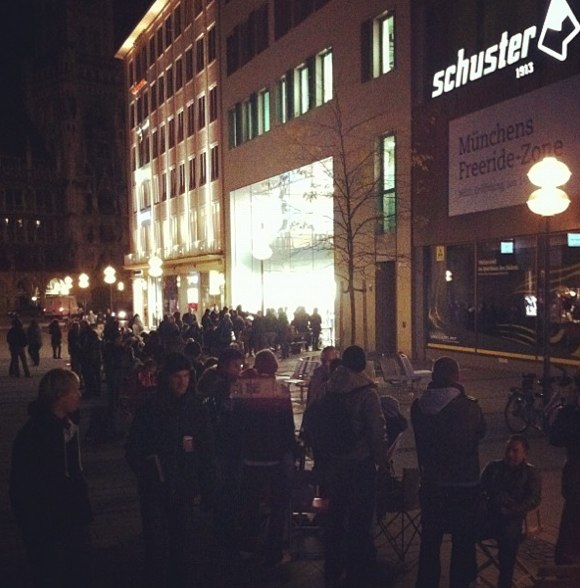 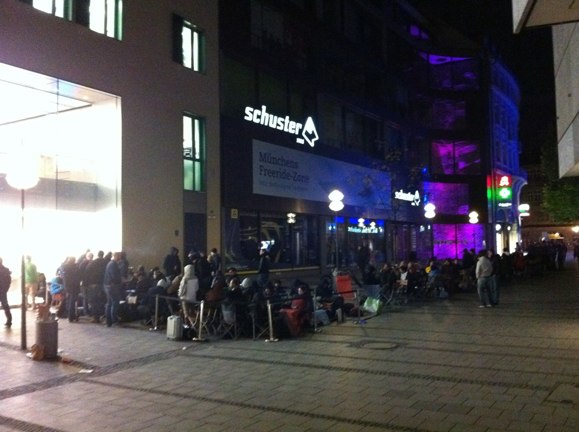 Absolutely huge lines at the Oberhausen Store in Germany [Images via]: 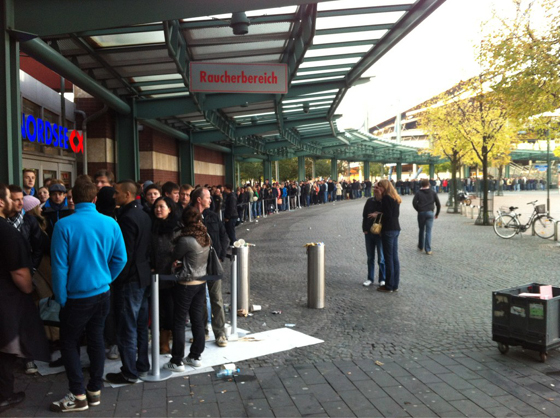 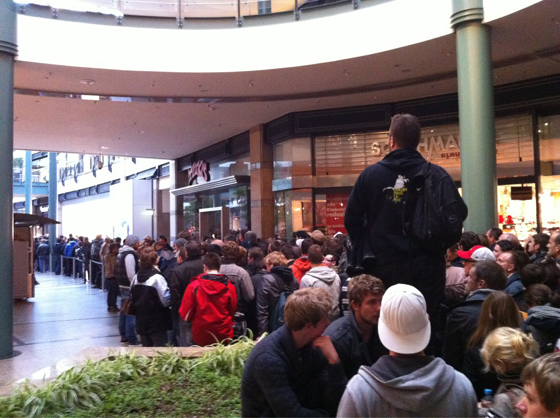 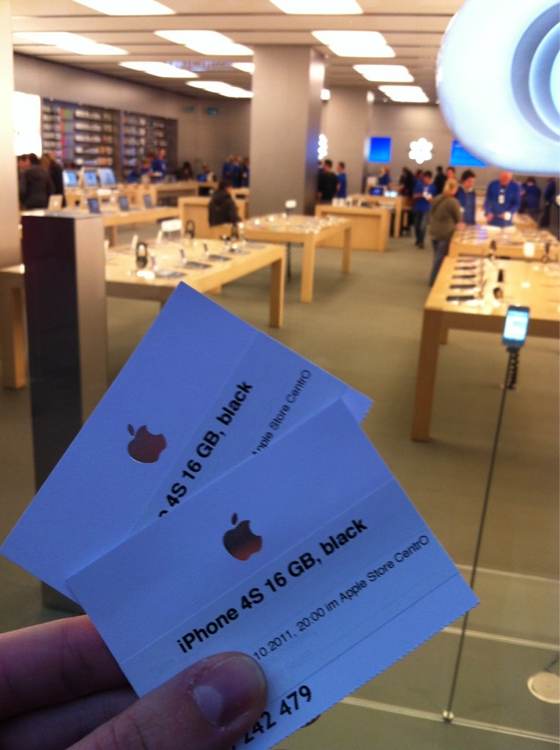 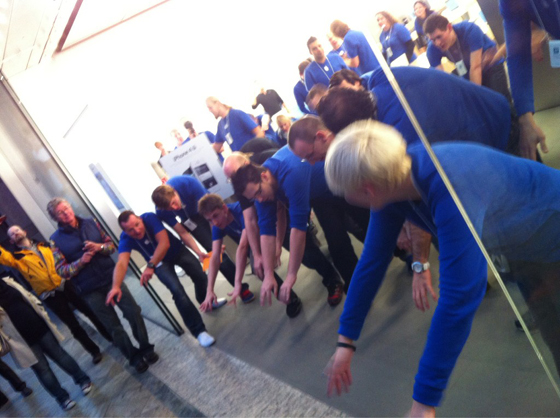 Beginning of the line in Temecula, CA (Thanks Raul) 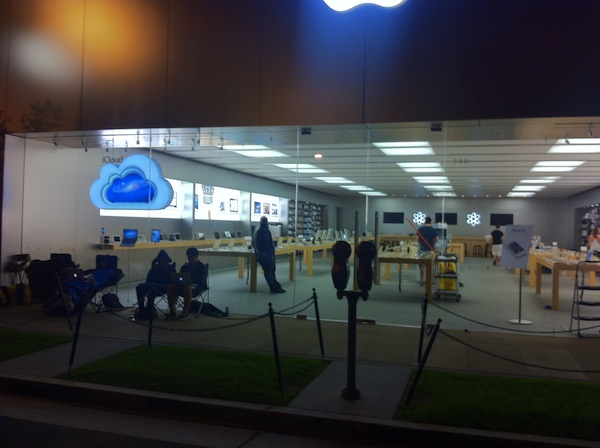 Line outside and inside the Cribbs Causeway mall in Bristol, UK (Thanks Brett) 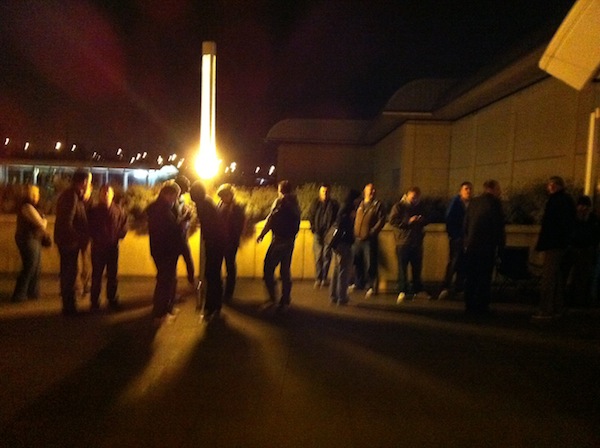 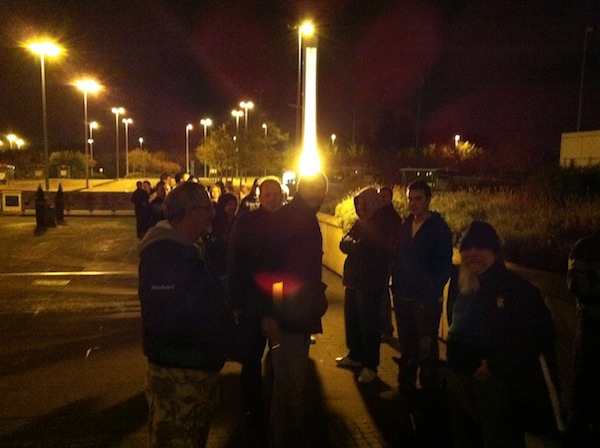 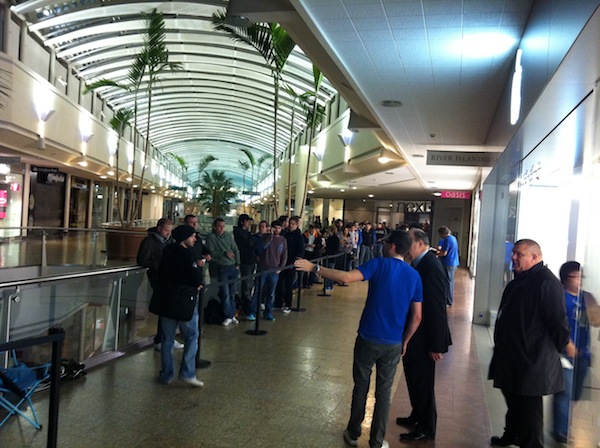 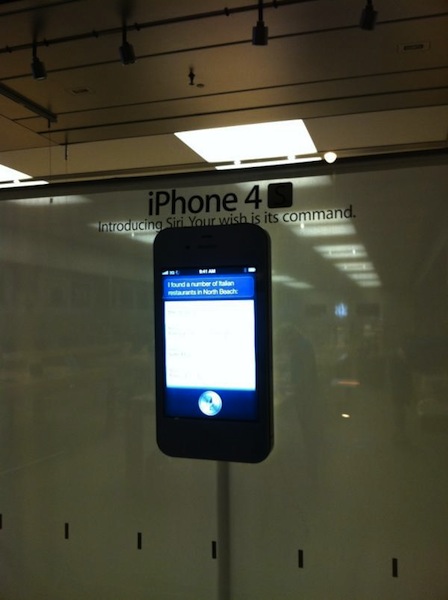 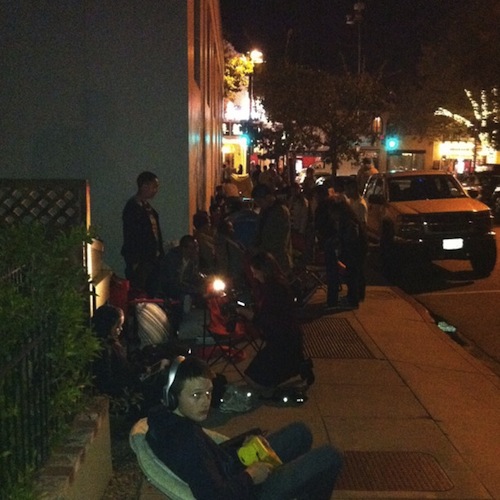 Our friend Rene Ritchie (TiPb.com) tweets from the Fairview Apple Store in Canada: 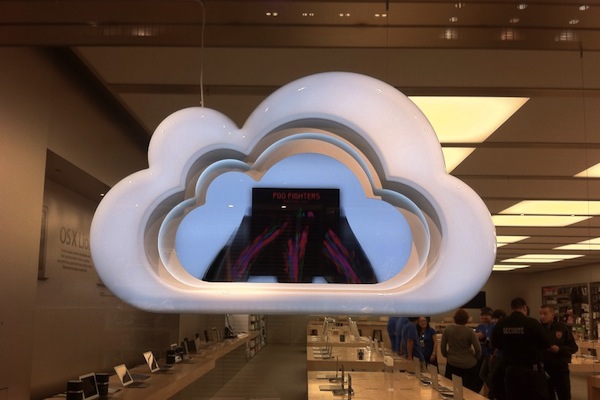 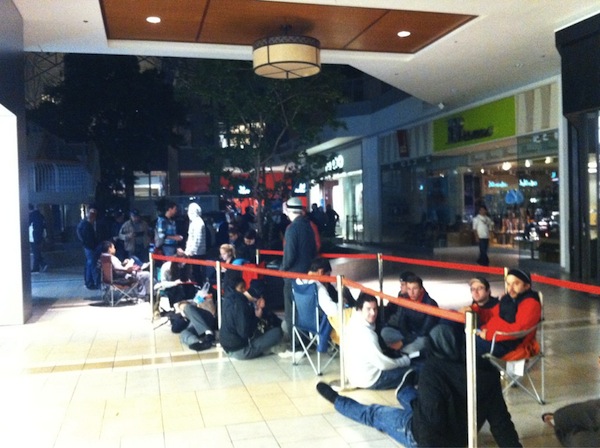 AppleInsider has posted photos and a video of the iPhone 4S launch at the Fifth Ave. Apple Store in New York:

TheAppleGoogle has a series of pictures from the Manchester, UK, Apple retail store: 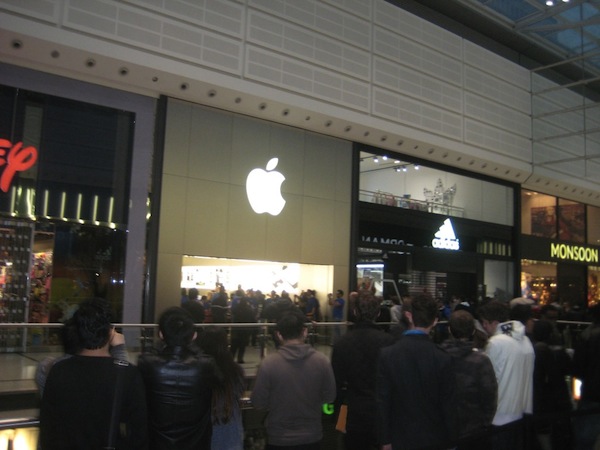 TechGuide reports on the line at the Apple Store in Sydney:

Note: this is a developing story. Keep refreshing the page for new updates, photos, and videos. If you want to share your experience with MacStories readers, send us an email at tips at macstories.net.