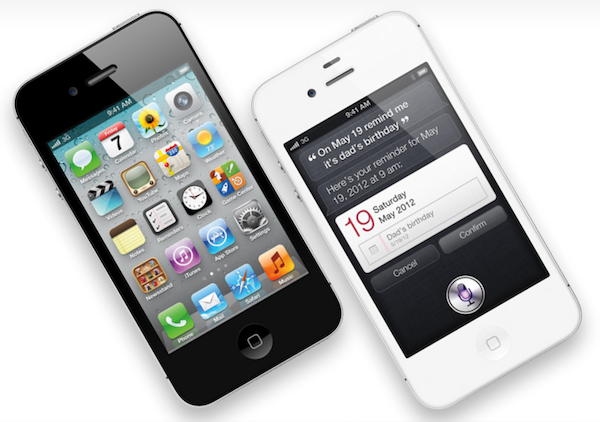 Apple just confirmed through a press release that iPhone 4S pre-orders have topped one million units in the first 24 hours of availability:

Apple today announced pre-orders of its iPhone® 4S have topped one million in a single day, surpassing the previous single day pre-order record of 600,000 held by iPhone 4. iPhone 4S is the most amazing iPhone yet, packed with incredible new features including Apple’s dual-core A5 chip for blazing fast performance and stunning graphics; an all new camera with advanced optics; full 1080p HD resolution video recording; and Siri™, an intelligent assistant that helps you get things done just by asking.

“We are blown away with the incredible customer response to iPhone 4S,” said Philip Schiller, Apple’s senior vice president of Worldwide Product Marketing. “The first day pre-orders for iPhone 4S have been the most for any new product that Apple has ever launched and we are thrilled that customers love iPhone 4S as much as we do.

Just last week, following the pre-orders that went live on Apple.com and carriers’ websites on Friday, October 7th, AT&T reported 200,000 pre-orders for the iPhone 4S in the first 12 hours, and US carrier Sprint said they were very pleased with initial demand . The iPhone 4S’ pre-orders set a new record for Apple – the iPhone 4 saw 600,000 pre-orders in 24 hours last year. Initial pre-orders for the iPhone 4S went live in the seven countries that will get the device this week – US, UK, France, Germany, Canada, Japan and Australia. iPhone 4S will roll out worldwide to 22 more countries by the end of October including Austria, Belgium, Czech Republic, Denmark, Estonia, Finland, Hungary, Ireland, Italy, Latvia, Liechtenstein, Lithuania, Luxembourg, Mexico, Netherlands, Norway, Singapore, Slovakia, Slovenia, Spain, Sweden and Switzerland. Furthermore, Apple has confirmed that 245 retail stores in the United States will begin selling the iPhone 4S at 8 am local time on Friday, October 14th, offering customers who purchase the device a free Personal Setup service for setting up email accounts, the App Store, and more.

The iPhone 4S comes with iOS 5, a major update to Apple’s mobile operating system with over 200 new features including Notification Center, iMessage and iCloud. The iPhone 4S will get exclusive access to Siri, a voice-based personal assistant that was officially announced at the Let’s talk iPhone media event last week. To further put things in perspective, Apple also said that the iPhone 4 has sold better than all previous iPhone models combined; over 100 carriers worlwide will offer iPhone by December.

Meanwhile, shipping times for the iPhone 4S on Apple’s US Store are still 1-2 weeks five days ahead of the device’s launch. For the first time, iPhone 4S also comes in three different versions: 16 GB, 32 GB and 64 GB.