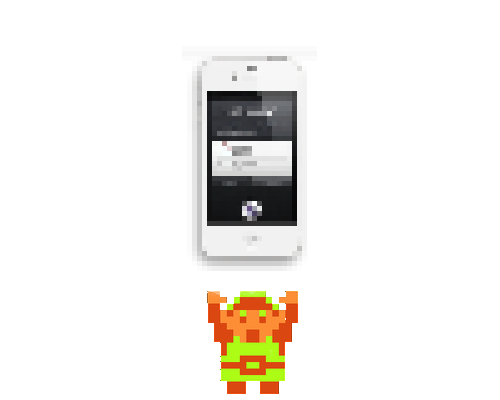 The iPhone 4S is now avaialble for pre-order at Apple.com | UPDATE: store.apple.com is struggling to process orders due to high demand. See below for carrier websites as alternatives.

It’s dangerous to go alone. With Siri, it’s like having your own Navi in your cap. It understands natural speech, and has the capability to learn your voice over time. Siri is your personal assistant, and is only avaialble on the iPhone 4S.

With the 4S, available in white and black in 16 GB, 32 GB, and 64 GB models ($199, $299, $399 respectively) on AT&T, Sprint, and Verizon, you’re bound to find adventure with limitless access to the world’s GSM networks no matter what carrier you choose. But no sword is good without a shield. Apple’s AppleCare+ will give you up to two occurrences of aciddental damage for quick repairs.

The iPhone 4S is everything you could have wanted in the iPhone 5. Dual-core 1 GHz A5 processor. 8 MP camera customed designed to give you the sharpest pictures. A brand new antenna that switches to give you the best signal. And the best part? It’ll be on your doormat in a week.

On the fence? I personally consider the iPhone 4S to be a significant upgrade in both hardware and software. iOS 5 may be old news for the geeks “beta-testing” the software over the summer, but in reality it’s brand new software that adds many layers of functionality to Apple’s mobile devices. Combined with the the iPhone 4S, you’re getting everything you wanted in the iPhone 5, sans the screen you were promised by wild rumors and speculation, and not by Apple.

Remember the 3GS update? It was a serious update, and we’re seeing the same thing happen to the 4S. If you have an iPhone 3G or 3GS, I wholeheartedly recommend the update. It’s everything you love about your Apple phone, but better. If you’re hung up on the plan, I suggest reading our very brief rundown. TiPb says that the iPhone 4S upgrade is a no-brainer for anything less than the iPhone 4.

If you need additional convincing, Jim Dalrymple can help.