There’s this iMac Touch rumor that has been floating around on the internet for quite a while now: back in January Digitimes reported that Apple was working on a 22-inch touch-enabled Mac in addition to the iMac line, then 2 months ago LoopRumors claimed that Apple was developing a touchscreen iMac running iOS. I called that rumor “absurd”, and you know why? Because a desktop computer running only iOS doesn’t make sense.

But a desktop computer capable of transitioning from OS X to iOS depending on the device’s orientation? Now that’s interesting.

Patently Apple discovered a new Apple patent, which shows the possibility of a touch-enabled iMac that can be used in standard mode running Mac OS X, and that also enables the user to switch to iOS when sliding the computer down for touch input. It’s got a stand, you slide it down, you can change to iOS’ UI and start using it as a desktop iPad, basically.

“The transition is activated by the accelerometer as earlier described. What’s new here is that you’ll be able to control the threshold determining when the iMac’s transition from OS X to iOS will occur. Meaning, you could for example, set the threshold angle to 60 degrees to call up iOS or at 90 degrees or higher to recall OS X mode.

In this orientation you’ll be able to select a corresponding UI which should translate to using iOS.” 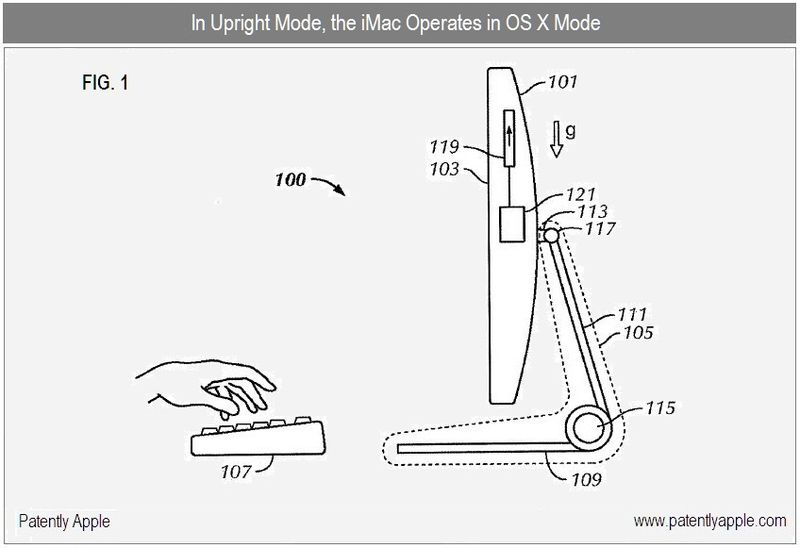 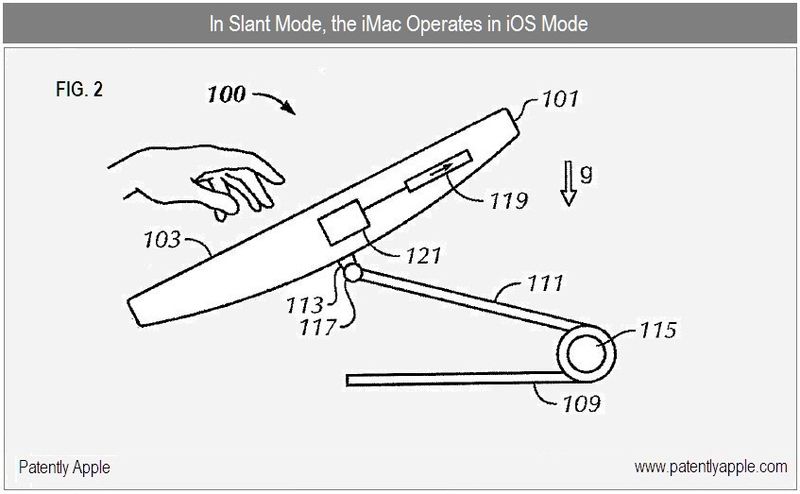 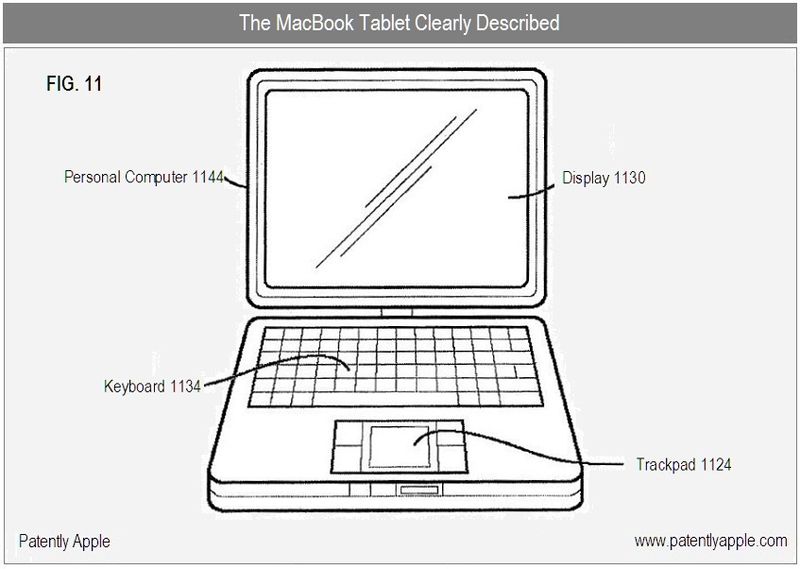 Intriguing. Of course this is just a patent (and Apple is well know for patenting almost anything they can think of), but think about it: OS X for pros, iOS for everyone else, in a single computer. Now that would be an “all-in-one”.

The patent also shows a MacBook Tablet that acts just like the aforementioned iMac and can switch from OS X to iOS, thus looking just like…a tablet. That’d be cool, but doesn’t sound exactly like something Apple would release. The iMac, I don’t why, slightly makes more sense.