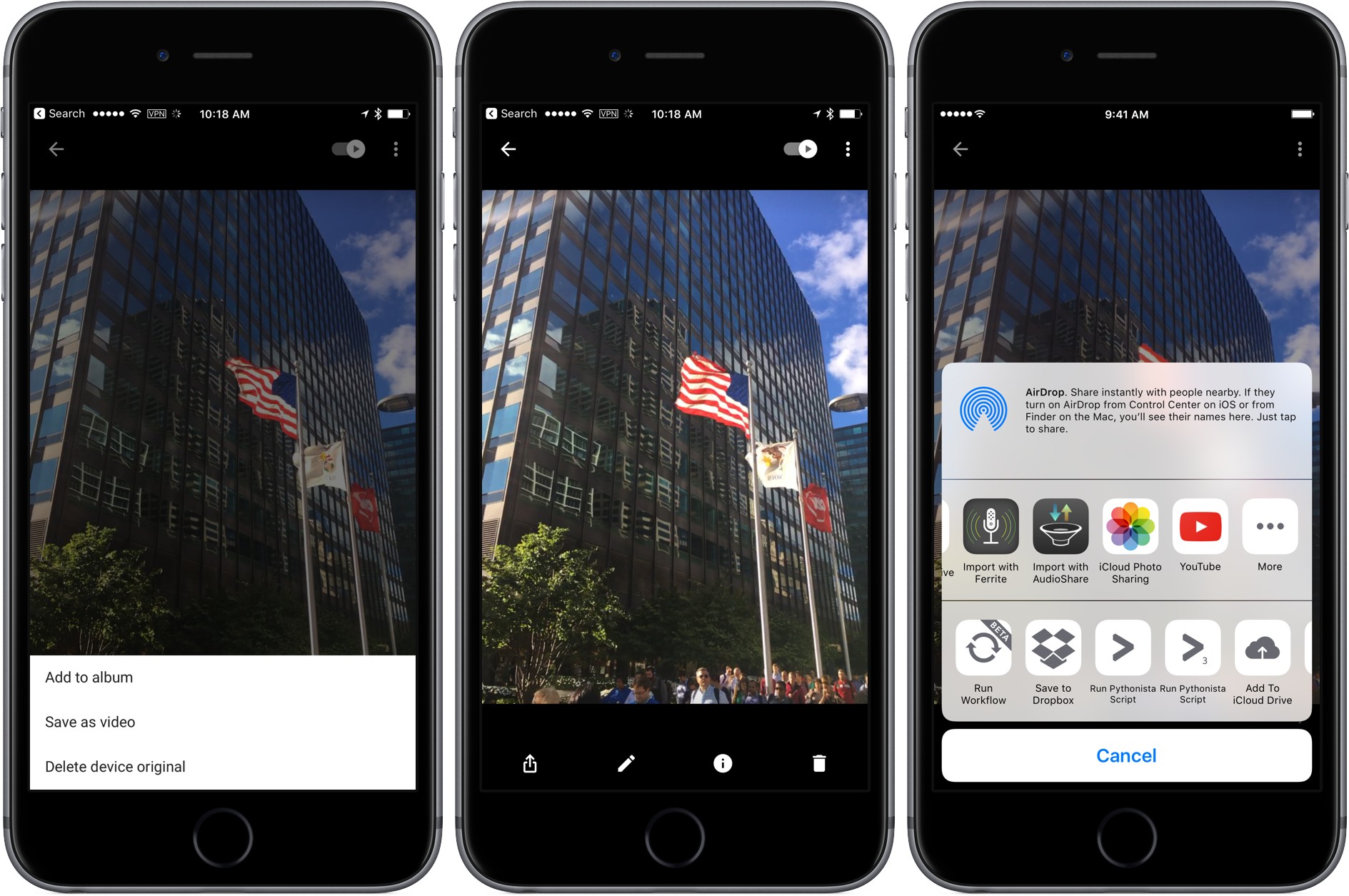 Google released version 2.0.0 of Google Photos today to integrate better with other Google products and to give customers greater control over their photos.

In June, Google released Motion Stills an app that can turn Live Photos into GIFs or movies and does an amazing job eliminating camera shake. Version 2.0.0 brings that same functionality to Google Photos. From the menu, choose ‘Save as video’ and Google Photos will save a video version of your Live Photo.

Finally, Google added a couple of user-friendly features to Google Photos. The first is the ability to sort photos in albums either chronologically or by recently added. The second is the ability to change the thumbnail used in the ‘People’ view to a photo of your own choosing.

As we saw from the introduction of the iPhone 7 yesterday, photography and the apps surrounding it continue to be some of the most competitive areas in mobile computing. With Google Photos 2.0.0, Google continues to refine its approach to photo management and tie it more closely with its video products.