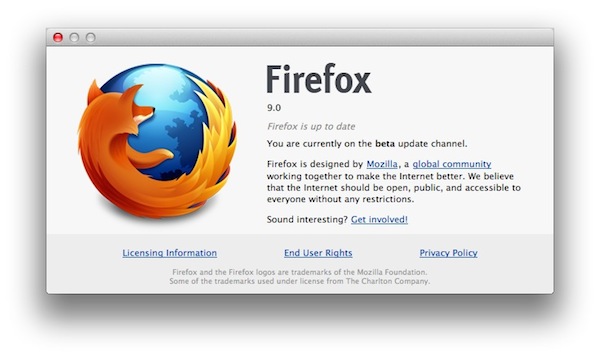 Two days after the release of Firefox 8, Mozilla has made available a first public beta of the next major Firefox update, Firefox 9. As expected due to the company’s fast release cycle, Firefox 9 will follow Firefox 8 in a few weeks, with Firefox 10 likely entering initial alpha testing soon.

For the first time since the release of OS X Lion in July, Mozilla says they have included “a new look that matches the Mac OS X Lion application toolbar and icon styles”. In the release notes, Mozilla refers to these changes as “improved theme integration for Mac OS X Lion”. For comparison, we have grabbed a series of screenshots to show the differences the “new look” brings between Firefox 8 and Firefox 9 beta. It is, however, possible that haven’t spotted all the differences between the two versions yet – MacStories readers are welcome to leave us a comment if they find more visual cues to the “new look” in Firefox 9 for Lion. 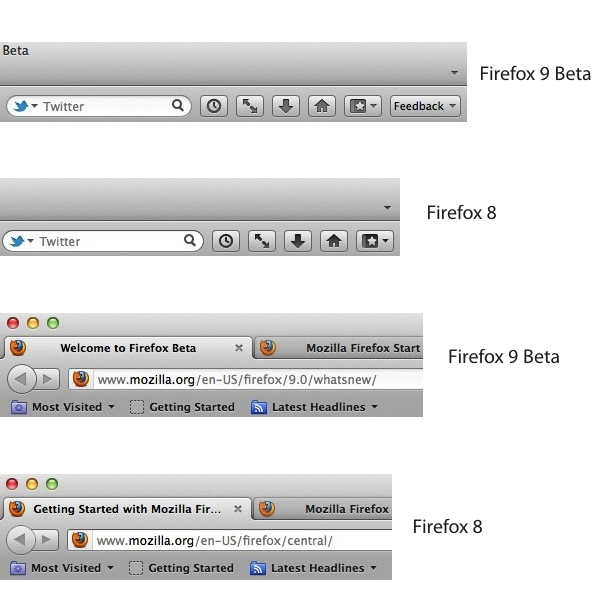 Firefox 9 comes with other improvements for developers: