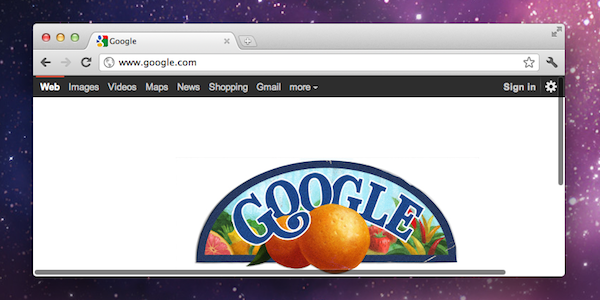 Back in early August we reported the bleeding-edge version of Google Chrome, Chrome Canary, had been updated to include native full-screen mode and scrollbars on OS X Lion, which was released on July 20th on the Mac App Store. The Chrome team rushed to have a version of Canary fully compatible with the new OS, and we noted their implementation of full-screen was different from the average OS X app: Chrome allowed for two different toolbar / no toolbar modes triggered by a “curtain” icon at the top. With such implementation, the Chrome team made sure developers could test “real” full-screen mode with only the actual content of a webpage displayed, and a second option to see content + toolbars (tabs, bookmarks, etc).

The latest stable version of Chrome, released today, brings these Lion changes (and other bug fixes) to regular users, alongside other new features detailed on Google’s official blog. Most notably, Chrome stable has now access to the Native Client, a way for Chrome to execute C and C++ code inside the browser. The Native Client only supports applications from the Chrome Web Store for now, but Google is looking into supporting more platforms. Another technical change in this new stable release is the Web Audio API, which “enables developers to add fancy audio effects such as room simulation and spatialization”.

You can get the latest Chrome stable release here, and check out a brief explanation of the Native Client after the break.