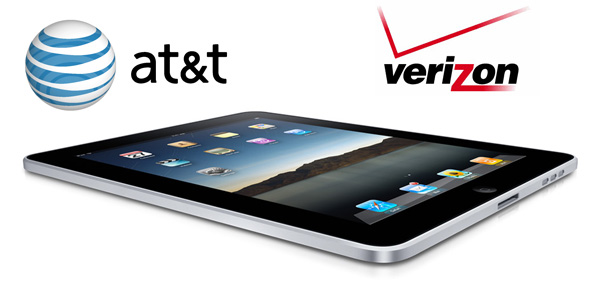 US-based carrier AT&T has announced its quarterly results for Q4 2010, and there are some interesting numbers in there worth to be considered. The company reported 4.1 million iPhone activations in Q4, the last quarter as the exclusive iPhone carrier in the United States. On February 10, Verizon Wireless will begin selling a CDMA version of the iPhone 4, with pre-order sales starting February 3rd.

Consolidated revenues of $31.4 billion in the fourth quarter, up $653 million, or 2.1 percent, versus the year-earlier period

9.9 percent growth in wireless revenues, with a 9.6 percent increase in wireless service revenues

27.4 percent growth in wireless data revenues, up $1.1 billion versus the year-earlier quarter

Postpaid subscriber ARPU (average monthly revenues per subscriber) up 2.2 percent to $62.88, the eighth consecutive quarter with a year-over-year increase

17.1 percent growth in revenues from strategic business services such as Ethernet, Virtual Private Networks (VPNs), hosting and application services, the largest increase during the year

Note: AT&T’s fourth-quarter earnings conference call will be broadcast live via the Internet at 10 a.m. ET on Thursday, Jan. 27, 2011, at www.att.com/investor.relations.

“We had another strong quarter and a solid year,” said Randall Stephenson, AT&T chairman and chief executive officer. “Our major growth platforms – mobile broadband, U-verse and strategic business services – continue to set the pace for the industry, and we’re still early in the growth cycle for all of these areas. Progress across these growth platforms, combined with continued progress on our cost-improvement initiatives, drive our positive outlook.

“2011 is the year when we’ll take mobile broadband to the next level,” Stephenson said. “We’re seeing 4G speeds today in areas of key markets, we’ve accelerated our LTE deployment plans, and we expect to add 20 4G devices to our lineup this year. AT&T has led the mobile broadband revolution, and we are well positioned to drive the industry’s next waves of innovation and growth.”

For the quarter ended December 31, 2010, AT&T’s consolidated revenues totaled $31.4 billion, up $653 million, or 2.1 percent, versus the year-earlier quarter, marking the company’s fourth consecutive quarter with a year-over-year revenue increase.

Fourth-quarter 2010 net income attributable to AT&T totaled $1.1 billion, or $0.18 per diluted share. Excluding a one-time charge of $0.26 from a previously disclosed pension accounting change; a $0.09 charge for severance costs; and a $0.02 charge for asset impairments, adjusted earnings per share was $0.55. These results compare with reported net income attributable to AT&T of $2.7 billion, or $0.46 per diluted share, in the fourth quarter of 2009. Excluding significant items, earnings per share for the fourth quarter of 2009 was $0.50 per diluted share. Excluding significant items, fourth-quarter 2010 earnings per share was up 10.0 percent versus the fourth quarter of 2009.

In 2011, AT&T expects consolidated revenue growth in conjunction with an expansion in consolidated, wireline and wireless operating margins, including wireless service margins. Achieving these targets will lead to expected mid-single digit or better earnings per share growth versus 2010 earnings, excluding changes in capitalized interest. (In 2011, AT&T will no longer capitalize interest expense attributable to the company’s LTE-related spectrum purchases. The impact of the change would have reduced earnings per share by $0.07 in 2010. Therefore, projected earnings growth is based on a 2010 earnings per share number of $2.22.)

Best-Ever Subscriber Gain. AT&T posted a net gain in total wireless subscribers of 2.8 million, to reach 95.5 million in service, the best net gain in the company’s history. Full-year wireless net adds totaled 8.9 million (adjusted for mergers and acquisitions), the company’s best-ever annual total. Fourth-quarter net add growth reflects rapid adoption of smartphones, increases in prepaid subscribers, strength in the reseller channel and a record quarter in connected devices such as eReaders, security systems, fleet management and a host of other products. AT&T also had a another strong tablet quarter, a new growth area for the company. It added 442,000 iPad- and Android-based tablets to its network, with more than 90 percent of these booked to the prepaid category.

Robust Growth in Wireless Data Revenues. Wireless data revenues — driven by messaging, Internet access, access to applications and related services — increased $1.1 billion, or 27.4 percent, from the year-earlier quarter to $4.9 billion. AT&T postpaid wireless subscribers on monthly data plans increased by 20.4 percent over the past year. Versus the year-earlier quarter, total text messages carried on the AT&T network increased by nearly 29 percent to 173.1 billion, and multimedia messages increased by 75.0 percent to 3.9 billion.

AT&T’s U-verse deployment now reaches more than 27 million living units. Companywide penetration of eligible living units is 14.2 percent, and across areas marketed to for 30 months or more, overall penetration is more than 22 percent. AT&T’s total video subscribers, which combine the company’s U-verse and bundled satellite customers, reached 4.9 million at the end of the quarter, representing 19.7 percent of households served.

U-verse Revenues Up 73.4 Percent. Increased AT&T U-verse penetration drove 28.5 percent year-over-year growth in IP revenues from residential customers (broadband, U-verse TV and U-verse Voice). U-verse continues to drive a transformation in AT&T’s consumer area, reflected by the fact that IP revenues now represent 45.0 percent of AT&T’s consumer wireline revenues, up from 35.3 percent in the year-earlier quarter and up from 25.6 percent in the fourth quarter of 2008. In the fourth quarter, AT&T U-verse revenues were $1.3 billion, 73.4 percent higher than in the fourth quarter of 2009.

Further Growth in Revenues Per Household. Driven by AT&T U-verse services, wireline revenues per household served increased 7.5 percent versus the year-earlier fourth quarter and were up 0.4 percent sequentially. This marked AT&T’s 12th consecutive quarter with year-over-year growth in wireline consumer revenues per household.

17.1 Percent Growth in Strategic Business Services Revenues. Revenues from new-generation capabilities that lead AT&T’s most advanced business solutions — including Ethernet, VPNs, hosting, IP conferencing and application services — grew 17.1 percent versus the year-earlier quarter, their strongest growth during the year, and were up 5.5 percent from the third quarter of 2010, continuing AT&T’s strong trends in this category. Total business revenues were $9.4 billion, a decline of 4.5 percent versus the year-earlier quarter, reflecting economic weakness in voice and legacy data products, and the third-quarter sale of the company’s Japan assets. Business service revenues, which exclude CPE, declined 4.3 percent year over year and decreased slightly sequentially, down 1.2 percent.

Improved Growth in Business IP Revenues. Total business IP data revenues grew 9.0 percent versus the year-earlier fourth quarter, led by growth in VPN revenues. Global Enterprise Solutions IP data revenues grew 11.0 percent. More than 70 percent of AT&T’s frame customers have made the transition to IP-based solutions, which allow them to easily add managed services such as network security, cloud services and IP conferencing on top of their infrastructures. This generated total business data revenue growth of 1.1 percent, the largest growth in this category in four quarters.

AT&T Inc. (NYSE:T) is a premier communications holding company. Its subsidiaries and affiliates – AT&T operating companies – are the providers of AT&T services in the United States and around the world. With a powerful array of network resources that includes the nation’s fastest mobile broadband network, AT&T is a leading provider of wireless, Wi-Fi, high speed Internet and voice services. A leader in mobile broadband, AT&T also offers the best wireless coverage worldwide, offering the most wireless phones that work in the most countries. It also offers advanced TV services under the AT&T U-verse® and AT&T │DIRECTV brands. The company’s suite of IP-based business communications services is one of the most advanced in the world. In domestic markets, AT&T Advertising Solutions and AT&T Interactive are known for their leadership in local search and advertising. In 2010, AT&T again ranked among the 50 Most Admired Companies by FORTUNE® magazine.

Additional information about AT&T Inc. and the products and services provided by AT&T subsidiaries and affiliates is available at http://www.att.com. This AT&T news release and other announcements are available at http://www.att.com/newsroom and as part of an RSS feed at www.att.com/rss. Or follow our news on Twitter at @ATT. Find us on Facebook at www.Facebook.com/ATT to discover more about our consumer and wireless services or at www.Facebook.com/ATTSmallBiz to discover more about our small business services.

*AT&T products and services are provided or offered by subsidiaries and affiliates of AT&T Inc. under the AT&T brand and not by AT&T Inc.

NOTE: OIBDA is defined as operating income (loss) before depreciation and amortization. OIBDA differs from Segment Operating Income (loss), as calculated in accordance with generally accepted accounting principles (GAAP), in that it excludes depreciation and amortization. OIBDA does not give effect to cash used for debt service requirements and thus does not reflect available funds for distributions, reinvestment or other discretionary uses. OIBDA is not presented as an alternative measure of operating results or cash flows from operations, as determined in accordance with GAAP. Our calculation of OIBDA, as presented, may differ from similarly titled measures reported by other companies.

NOTE: Free cash flow is defined as cash from operations minus capital expenditures. We believe this metric provides useful information to our investors because management regularly reviews free cash flow as an important indicator of how much cash is generated by normal business operations, including capital expenditures, and makes decisions based on it. Management also views it as a measure of cash available to pay debt and return cash to shareowners.