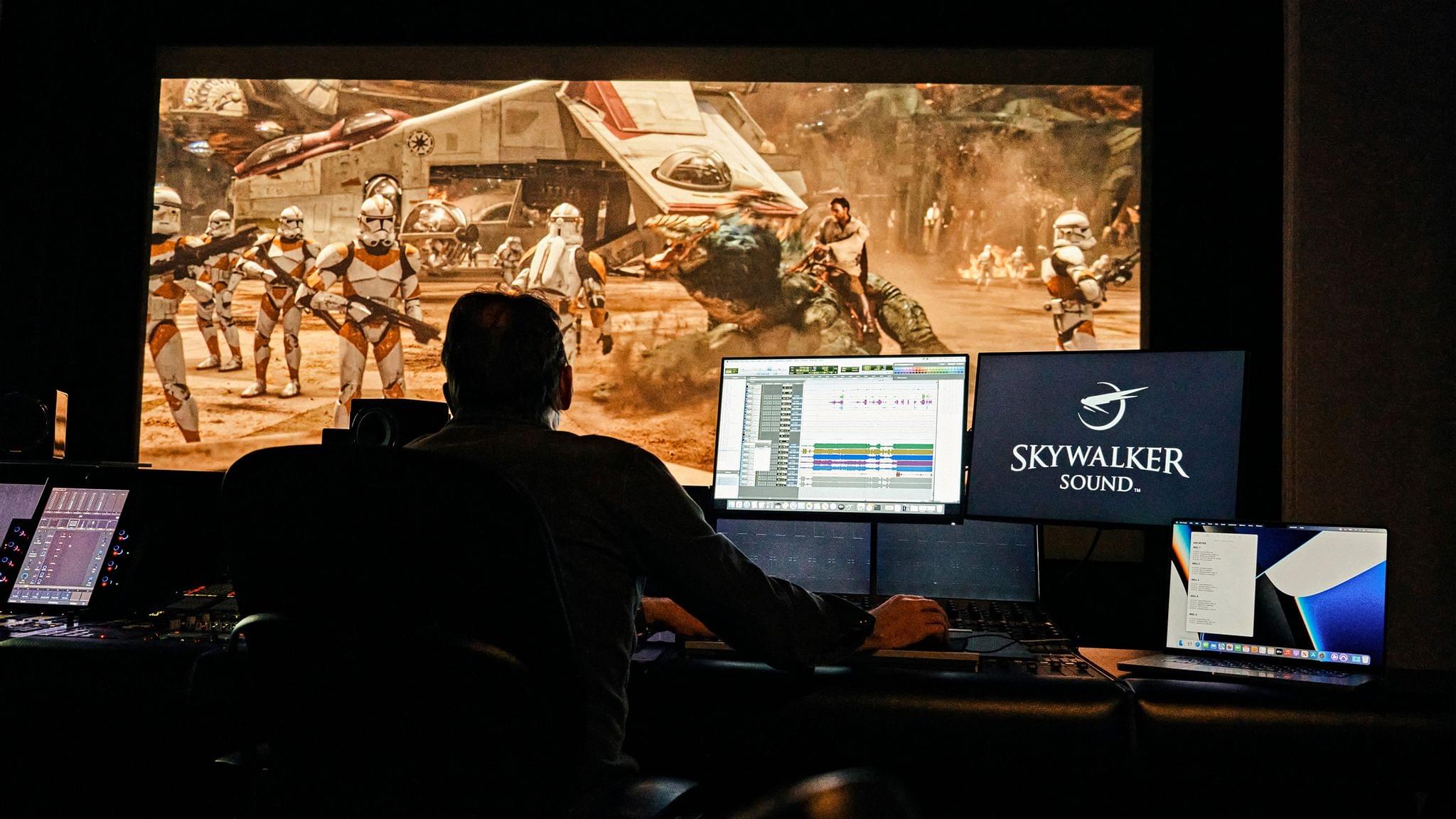 To mark Star Wars Day, Apple released a special Behind the Mac video featuring the sound designers of Skywalker Sound, who rely heavily on Apple devices. The film, which runs just under 17 minutes, is a fascinating look at how the Skywalker Sound team captures and mixes real-world sounds that they transform into otherworldly sound effects for the Star Wars movies and other films.

The Behind the Mac video, which is currently featured on Apple’s homepage, focuses on Skywalker Sound’s production process from start to finish. Behind the scenes, the group’s mixing and editing are backed by a lot of Apple hardware. Sound editor Ryan Frias is featured in the video touring Skywalker Sound’s central machine room, which is filled with racks of Mac Pros. According to Apple’s press release:

With the power of approximately 130 Mac Pro racks, as well as 50 iMac, 50 MacBook Pro, and 50 Mac mini computers running Pro Tools as their main audio application, along with a fleet of iPad, iPhone, and Apple TV devices, Skywalker is advancing sound artistry and reshaping the industry. That’s a lot of gear, but the video’s primary focus is on the creative process of the professionals at Skywalker Sound, who have been pushing the boundaries of sound design for many years. If you enjoy getting a behind-the-scenes look at creative people doing cutting-edge work, I recommend checking out Behind the Mac: Skywalker Sound.