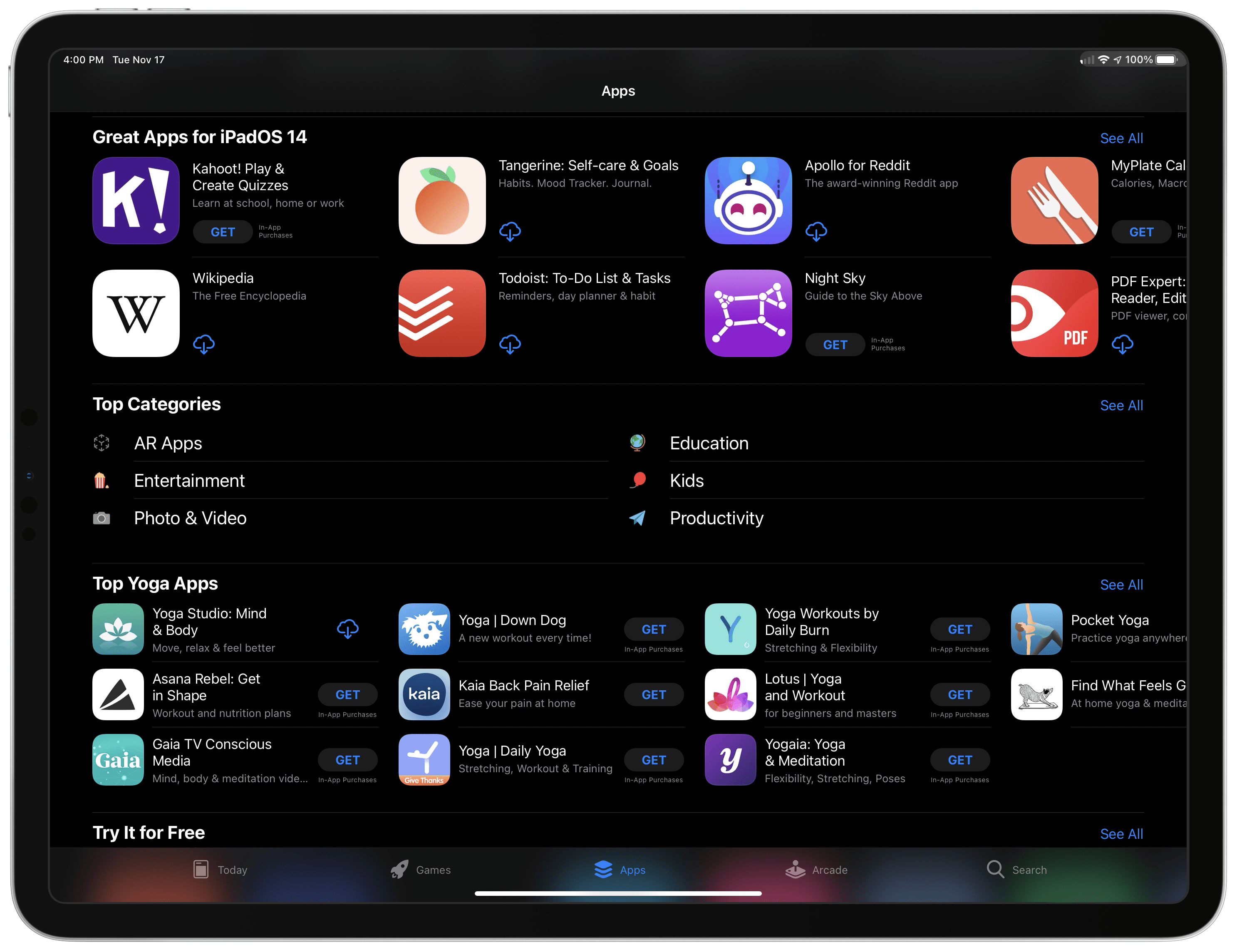 Today, Apple announced a reduction in App Store commissions that will substantially benefit a large part of the developer community. Starting January 1, 2021, developers who earn up to $1 million per year from their apps will have the commission paid to Apple cut in half, reducing it from 30% to 15%. Apple CEO Tim Cook said of the new App Store Small Business Program in an Apple press release:

Small businesses are the backbone of our global economy and the beating heart of innovation and opportunity in communities around the world. We’re launching this program to help small business owners write the next chapter of creativity and prosperity on the App Store, and to build the kind of quality apps our customers love.

The App Store has been an engine of economic growth like none other, creating millions of new jobs and a pathway to entrepreneurship accessible to anyone with a great idea. Our new program carries that progress forward — helping developers fund their small businesses, take risks on new ideas, expand their teams, and continue to make apps that enrich people’s lives.

Apple says that it will provide additional details about the new program in December, but here’s what we know so far:

For example, a developer that earns less than $1 million in 2020 on all of their apps after subtracting the amount paid to Apple for App Store commissions is eligible for the program and would pay a 15% commission on App Store earnings beginning January 1, 2021. Hypothetically, if the same developer has post-commission earnings of greater than $1 million in aggregate on all of their apps by, for example, September 1st, their App Store commission rate (assuming a paid-up-front app) would increase to 30% for the remainder of the year. That same developer would continue to pay 30% in 2022 but would be eligible for the 15% rate again in 2023 if their 2022 post-commission earnings fell below $1 million. It is our understanding that App Store earnings of all kinds count toward the $1 million total regardless of whether the source is a paid-up-front app, In-App Purchase, or a subscription.

Apple previewed the App Store changes to a handful of developers, who commented in a separate Apple press release. Adam Oxner, who, along with Fares Ksebati, created MySwimPro a training app for swimmers, said:

The new App Store program will be a huge help to our revenue from purchases in the App Store, and we’re hoping to be able to leverage any more proceeds we get to help make the app better.

Similarly, Samantha John, co-founder of Hopscotch, hopes to make more of the iPad app that teaches kids to code for free, in hopes of acquiring more loyal subscribers to the app’s premium features over the long term.

The reduction of App Store commissions comes at a critical time for app developers and Apple. Apple’s 30% commission was one of the biggest expenses for many small, independent developers. That cost has only become more difficult to bear as many developers have seen their sales negatively impacted by the global pandemic. Running a small business will continue to be risky, but Apple’s substantial reduction of its commissions will certainly help reduce the risks.

The change to the App Store’s commissions should also help mend fences between Apple and developers and possibly reduce scrutiny of Apple by governmental regulators. Criticism of Apple’s App Store fee structure has been widespread in recent years and, in many cases, justified. Commissions played a role in Apple’s dispute with Basecamp when the company released its Hey email client on iOS and the Mac in June. App Store commissions also continue to play a role in the ongoing litigation between Apple and Epic Games over Epic’s inclusion of a direct payment system in Fortnite, which bypassed the App Store and its 30% commission. Government regulators around the world have taken an increasing interest in Apple’s relationship with App Store developers in 2020 too. Although the fee reduction doesn’t address every objection to how Apple runs its App Store, the substantial reduction should make a meaningful difference.

The App Store is a very different place than when it opened in 2008. The gold rush where there was substantial money to be made serving the huge demands for apps was short-lived, replaced by a hyper-competitive marketplace where it’s often difficult to gain the sort of traction necessary to sustain a business. Today’s App Store is as competitive as ever, but the pandemic’s impact on economies across the globe has made 2020 an especially tough year to earn a living building apps.

I’m very encouraged by Apple’s announcement. Many of the developers whose apps we cover at MacStories will benefit from this new program, which comes at an opportune time. We’ve seen more innovation in 2020 among small, independent app developers who have been stuck at home during the pandemic than we see most years. With a boost from the App Store Small Business Program, my hope is that those many ‘nights and weekends projects’ and fledgling indie apps find the space to grow and succeed, nurtured by the developers who make them because that’s what they love to do most.