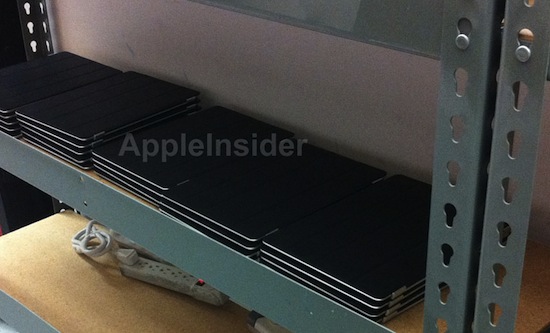 Amidst all the speculation surrounding Apple’s all-hands meetings for retail employees and store leaders set for Sunday, May 22, AppleInsider reports this weekend’s retail plans might not be about a new product launch, 10th anniversary celebration or NFC payments, as the rumors suggested, but rather a series of trainings for employees using iPads running the new custom RetailMe software. According to AppleInsider, retail stores have been receiving stockpiles of iPad 2 featuring black leather Smart Covers, with these iPads being meant for on-the-job use by retail specialists.

People familiar with Apple’s retail operations revealed that stores across the U.S. have been stocked with dozens of iPads that are being prepared for use by employees. Training and utilization of the hardware could begin as soon as this weekend.

It’s not clear whether the iPads are destined to replace Apple’s current in-store payment system based on EasyPay and the iPod touch, but it’s likely that they will be used alongside the portable POS system to better showcase products and features to customers. Apple deployed the iPad 1 in its retail operations last year to allow employees to manage and schedule appointments for people waiting at the Genius Bar (I saw one myself at Rome Apple Store); the new iPad 2 shipments, though, might be linked to the internal release of an updated RetailMe software.

The delivery of iPads to stores around the country comes as Apple is apparently prepared to release an iPad version of its proprietary in-house communications client known as RetailMe. The RetailMe service offers information about products and training videos for retail employees.

One person privy to the workings of Apple’s brick-and-mortar stores suggested that the RetailMe software for iPad could turn out to be the be the password protected gigabytes of corporate training data that employees were recently issued. Still, as usual, employees have been kept in the dark, leaving them to put pieces together and draw conclusions based on the available evidence.

Indeed, BGR reported a few days ago employees were asked to download from Apple’s corporate servers a folder called “training” containing GBs worth of information and material. AppleInsider also reported last night this weekend’s meeting could be used to launch the 2011 Back to School program.