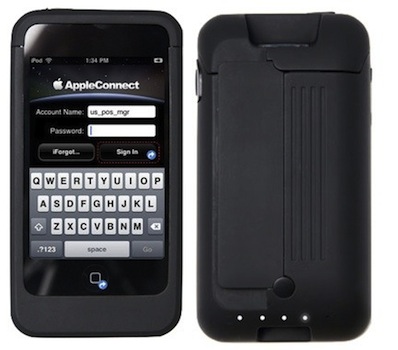 According to BGR, several sources have suggested Apple may be gearing up to install new payment systems in its retail stores, quite possibly implementing the NFC technology that’s also been rumored to be one of the key features of the iPhone 5, in spite of recent reports claiming the opposite. The website reports Apple’s POS system (based on iPod touches) recently went offline for an entire day causing employees to not be able to process payments, and new tables (different from the standard ones) with cash wraps have also been installed in some retail locations, leading to speculation as to whether Apple is looking to renew its payment system.

Additionally, we have been told that there were recently multiple “overnights” in Apple retail locations, which required store employees to “assist in installing TBD devices” throughout the stores “as the retail segment of Apple grows.

We have a feeling Apple’s 10th anniversary plans might put a few pieces of the puzzle in place, but one of our sources also believes that NFC payment processing capabilities are among the enhancements that will be brought about by the new gear.

It’s unclear from the report whether Apple is planning on updating their POS technology with NFC to enable compatibility with future devices that will feature the technology on a consumer level, or if retail stores are simply installing new hardware for internal usage, not necessarily implying new iPhones with NFC are on their way. Multiple reports in the past months had pegged Apple was considering NFC for future iPhones and iPads, but recent speculation from different sources has suggested NFC simply isn’t ready for mass adoption, with Apple saving the implementation of Near Field Communication for another generation of devices.