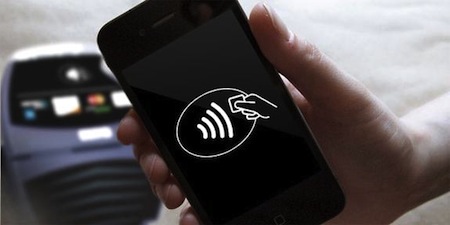 Over the past months, several rumors indicated Apple may or may not implement Near Field Communication (NFC) technology into the next iPhone, scheduled for a Fall 2011 launch. While The New York Times reported NFC would eventually find its way on the iPhone, but perhaps not the iPhone 5, others suggested the new iPhone was being built with NFC capabilities in mind, with some even claiming NFC could bring advanced remote computing features when paired to a Mac.

The NFC rumor mill was brought back to full activity this morning with a new report from Bernstein Research analyst Toni Sacconaghi, who says the next iPhone won’t feature such a tech because it simply isn’t ready for mass consumer adoption, and Apple never embraced promising technologies just for the sake of having them on their feature list.

John Paczkowski at All Things Digital posted some parts of Sacconaghi’s note:

We do not expect the iPhone 5 to feature an NFC-based payments solution, and instead expect Apple will evaluate and come to market with partners or a complete solution later, perhaps when NFC infrastructure is more established,” he said in a note to clients. “We note that Apple did not release the first cloud-based music offerings, or the first 3G or LTE handsets, and entered mobile advertising only after Google bought AdMob – instead, the company has made its name from re-inventing MP3 players, smartphones and most recently tablets/netbooks, and would retain the option to eventually do the same with mobile payments.

Admittedly, Sacconaghi’s report sounds like Apple common sense – with 1% penetration in retail locations and the lack of clear standards for consumers, NFC still seems like something Apple might like, but it’s not ready to completely roll out yet. The opportunity for Apple to enable mobile payments and smart music recognition (as demoed by Google at the I/O conference) tied to iTunes accounts is huge, but if the company – as they usually do – really wants to reinvent the NFC system as most people know it, we’re going to have to wait for another generation of devices and larger consumer adoption.