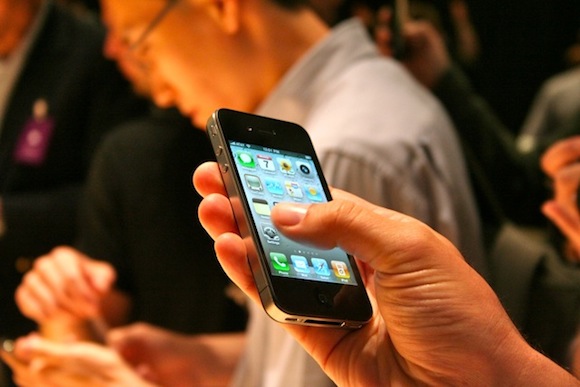 A report by Bloomberg today suggests that Apple’s next iPhone and iPad are likely to feature NFC (Near-Field Communication) technology that would allow various forms of data transfer between the iPhone and another NFC capable device. Richard Doherty of consulting firm Envisioneering Group explains that the technology would be primarily used for making purchases at physical stores, expanding Apple’s reach in commerce beyond just iTunes.

Near-Field Communication is a technology that can send and receive data between two such devices with NFC that are up to 4 inches apart. The technology has gained popularity in recent times, most notably being included in Google’s Nexus S.

By including NFC into the iPhone and iPad, Apple could use it’s existing iTunes accounts and give consumers an alternative to more traditional financial services by Visa, MasterCard and PayPal. Richard Crone, an industry advisor suggests that “It would make a lot of sense for Apple to include NFC functionality in its products.”

By entering the payment service market, Apple has a massive opportunity, boosted by Apple’s proven payment system in iTunes that has over 100 million accounts. Bloomberg’s article notes that:

The main goal for Apple would be to get a piece of the $6.2 trillion Americans spend each year on goods and services, Crone said. Today, the company pays credit-card processing fees on every purchase from iTunes. By encouraging consumers to use cheaper methods — such as tapping their bank accounts directly, which is how many purchases are made via PayPal — Apple could cut its own costs and those of retailers selling Apple products.

That would allow Apple to not only get a slice of the payment service pie, but also reduce its credit-card processing fees. The Bloomberg article also notes that Apple could also give away or highly subsidize a payment terminal that could be used by small businesses to interact via NFC, because currently NFC has very minimal deployment. Bloomberg says that Apple has already created prototypes and that by kick starting NFC adoption could lead to nationwide adoption and increase iPhone and iPad sales.

TechCrunch’s ever Apple-optimistic blogger MG Siegler also wrote today of how if Bloomberg’s article is indeed founded in reality Apple’s entry into this new service market could become a massive boon for them. He makes valid and interesting points, even if he makes some large assumptions and is a little over enthusiastic in his delivery.