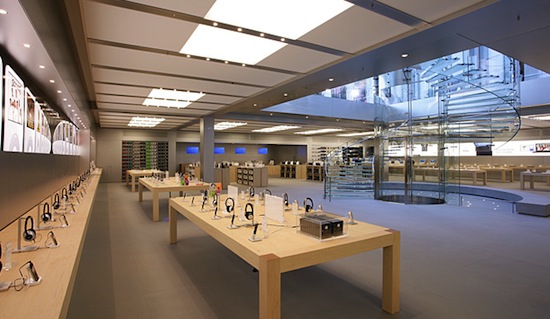 According to a tip we received from a trusted source, Apple will hold an all-hands employee meeting in US retail stores on Sunday, May 22. The retail meeting will start at 7 AM, an “unusual time” says our source, considering Apple usually holds this kind of meetings on Sunday evenings, after stores close.

Store meetings at 7AM Sunday across United States. Unusual time. Expecting some announcement. All stores, brand-wide US. Don’t know about other countries.

Last week, Cult of Mac reported the Apple Store in Fresno, CA, was planning on holding an employee meeting on Saturday, May 28. Our source says it’s normal for store leaders to choose a different meeting date within a certain window, and that could be the May 22-29 week. Of course, there’s plenty of room for speculation about this retail meeting: with the WWDC approaching (kicks off in San Francisco on June 6), Apple might want to train employees for the rumored new MobileMe features, iCloud, or some other product scheduled to be announced at the developer event – as also suggested by MacRumors back in April. It’s worth noting, however, that Apple celebrates the 10th anniversary of Retail this week, with several websites claiming the company was on track to set up special events and store merchandise for the anniversary.

AppleInsider reported on April 20 Apple was restricting employees from taking time off between May 20-22; our source says that’s because of the all-hands meeting set for May 22, though he couldn’t confirm as to whether it’s an anniversary-related meeting, or an internal training for new products and announcements.

Update: BGR has posted more details on the event Apple may be planning for its retail anniversary. These include NDAs to sign, overnight shifts at Apple Stores through mid-Sunday, May 22, new hardware to install and a password-protected folder for employees called “training.”

During the overnight shift, it’s going to be required that employees lock cell phones in the main office. They will also have to sign an NDA with Apple.

There are a wide variety of roles, we’re told, for the overnight shift. This includes all visuals staff, a manager, a business team member, a few Genius team members, one back-of-house employee, and a few generic Apple specialists.

Apple employees will be putting up black curtains at all stores so that people walking outside cannot see inside.

Employees have had to download gigabytes of data from Apple corporate labeled, “training” in a password-protected zipped folder that won’t accessible to managers or anyone else until Saturday afternoon.

BGR also confirms meetings are scheduled for Monday morning, May 22.