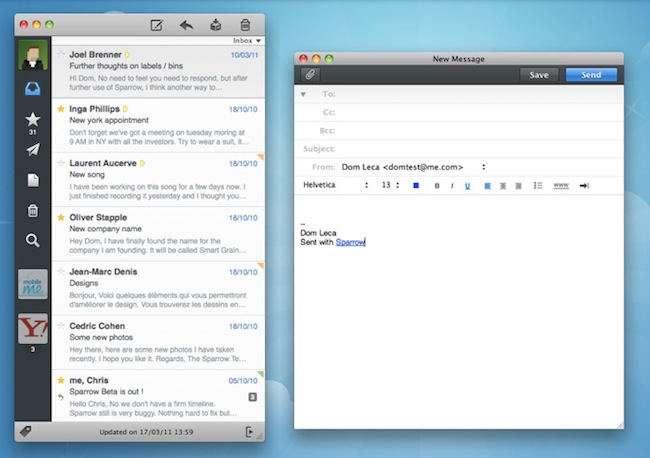 Since its release date weeks ago, Sparrow for Mac has quickly become many people’s favorite way to access Gmail from the desktop. With an intuitive user interface resembling the original Tweetie for Mac and support for several Gmail functions like labels and archive, Sparrow has sold thousands of copies in the Mac App Store enabling the developers to focus on bringing additional features to the app.

With the release of version 1.1 today, Sparrow is once again redefining the rules of Mail clients for OS X: Sparrow 1.1 contains several bug fixes and stability improvements, but most of all it adds general IMAP compatibility, MobileMe support and lots more features like Gmail’s Priority Inbox.

If you’re a Gmail user, Sparrow now lets you switch between the regular inbox, the Priority one and unread items from a dropdown menu under the top toolbar. The feature is very convenient as it further integrates Gmail with the desktop in a way no other apps did before. Switching between different types of inboxes is effortless and takes seconds. Another Gmail improvement is a fix for archive’s synchronization, which was pretty slow on version 1.0.

Gmail aside, Sparrow 1.1 is a complete revamp of the application. In the redesigned preferences panel, you can now set a signature for each of your aliases, and a signature can be made default with the click of a button; a format bar in the compose windows lets you choose fonts, sizes and styles without opening an external window or the system’s default font picker. The “minimal mode” – available in the Preferences – is another new option that lets users hide the message preview in the main window – quite handy if you don’t want to see a preview of the message while scrolling the list. On a related note, scrolling performances have been improved as well and now Sparrow feels much more responsive.

Sparrow 1.1 is a huge update that contains many other improvements like better HTML and CSS rendering, contact grouping options and Gravatar support, multitouch gestures (I love the three-finger swipe to open a message in its dedicated panel) and a “mark as spam” shortcut. The app is available in the App Store at $9.99, and it’s a powerful alternative to Mail.app – now with IMAP support and deeper Gmail compatibility. More screenshots below. 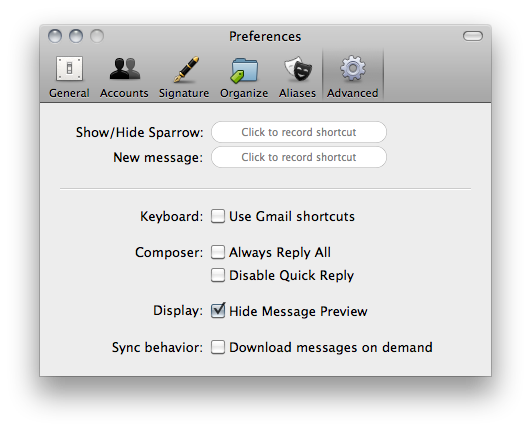 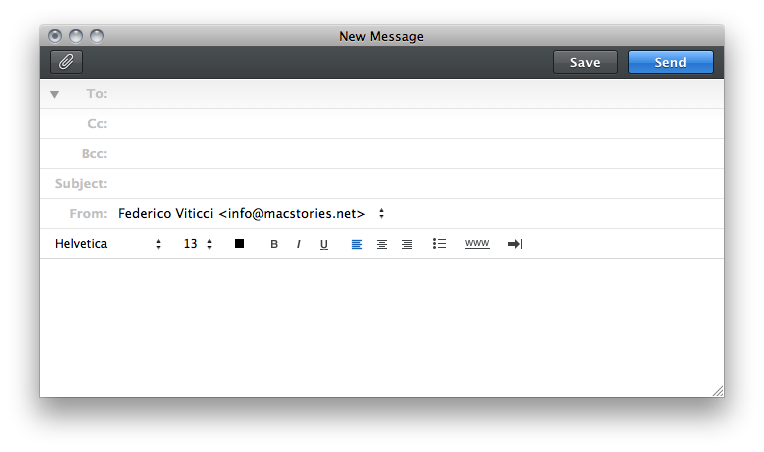 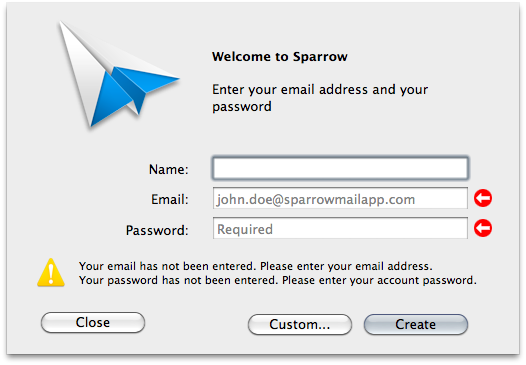