I’ve been a Mail.app user for a long time, but a few weeks ago I decided to move my primary work mail account to Gmail under Google Apps. I love Gmail’s web UI, and even though I’m also a huge Mailplane fan I had to keep all my other Gmail / Google Apps-based accounts in Mail.app, mainly for the better integration with Applescripts, Automator workflows and plugins. Mail.app works fine, but it’s not revolutionary, breathtaking at the way it allows you to interact with messages or geared towards people who need to play with multiple accounts on a daily basis. As a matter of fact, if you put too many accounts in Apple Mail and activate too many plugins - it will explode. But then again, that’s not my main concern.

I’ve been wondering whether it’d be possible to developer a better Mail client for Mac. The Letters.app project seems to be dead or something, and I haven’t heard of other devs finding their way through IMAP and Cocoa. Not until this morning, when I got an email about - yes - an entirely new email application specifically built with Mac users in mind. 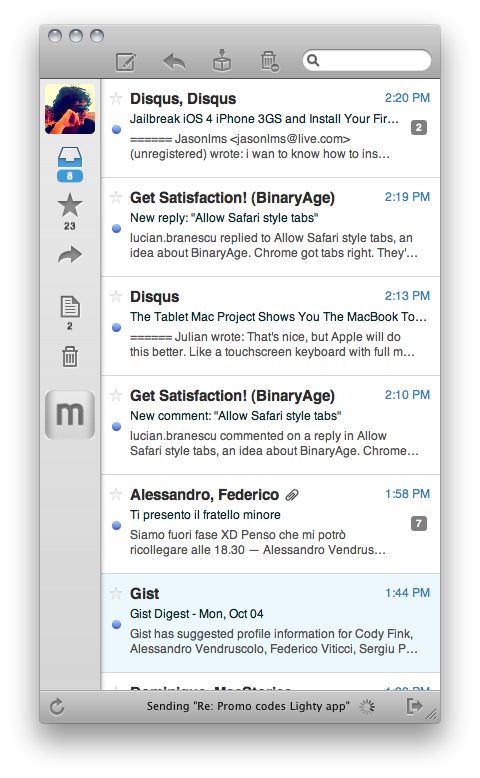 Let’s go straight to the point: Sparrow looks like Tweetie, for emails. The app (still in beta) doesn’t let you mess with panels and layouts: to navigate between messages and archived emails you have to use a left sidebar that looks just like Brichter’s implementation of Twitter mentions, messages, timeline and so on. You can even create multiple accounts and switch between them as you would do in Tweetie for Mac. So is this a ripoff? Not really: while it’s obvious that the developers were inspired by Tweetie, they also were brave enough to try to make such a UI scheme work for an email client. Sparrow’s Tweetie-like sidebar definitely works, but you have to keep in kind that the app is in its first beta stage and not everything is as smooth as you expect.

In fact, the app only supports Gmail accounts for now. Standard IMAP and MobileMe support will be rolled out in the upcoming updates, but as it stands now Sparrow is a neat way to catch up on Gmail. My biggest problem with the app is that it relies on elements from the Gmail web view, such as the inbox (look closer, that’s a prettier Gmail web UI) or the conversation threads and it doesn’t display messages in a native interface. I’m sure it’ll have a more native look once more account types will be supported, but right now this is what you get. It doesn’t look bad, but the messages view could be better.

Despite the lack of support for other email services, I can’t help but like Sparrow. I’ve been using it for a few hours, and it’s a very good minimalist client that makes it easy to effortlessly jump between accounts (it’s even faster than Mailplane’s account drawer) and quickly reply to emails. In the sidebar you can switch between the inbox, starred items, sent mail, trash and drafts. There’s no support for Gmail labels yet, but it’s coming. The top toolbar contains shortcuts to create new message, archive, reply and delete. This first beta has even got a search function which can filter queries by content, subject, sender and recipient. As for performances, the app is pretty fast at searching and retrieving incoming messages. It’s also got some nice animations when changing accounts and opening the preferences. Other sweet details include support for OS X text substitutions, attachments, signatures and Growl notifications.

So, Sparrow. A great looking minimalist mail client that takes a few elements from Tweetie and applies them to email, something I haven’t seen in any other app before. It’s a first beta, with some issues to fix and many more features to implement. Sparrow deserves your attention. With good feedback from the community and a great beta stage, it could become a great email client for Mac. 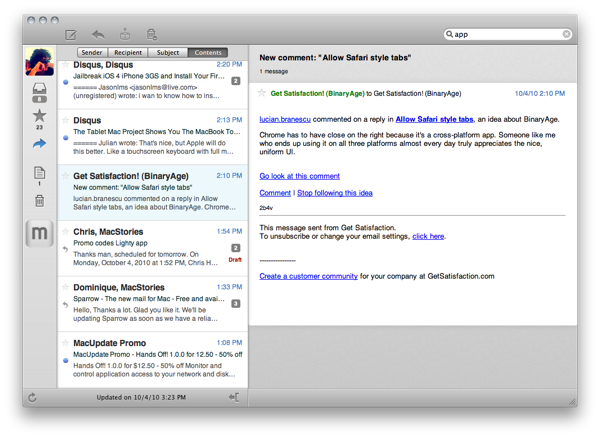 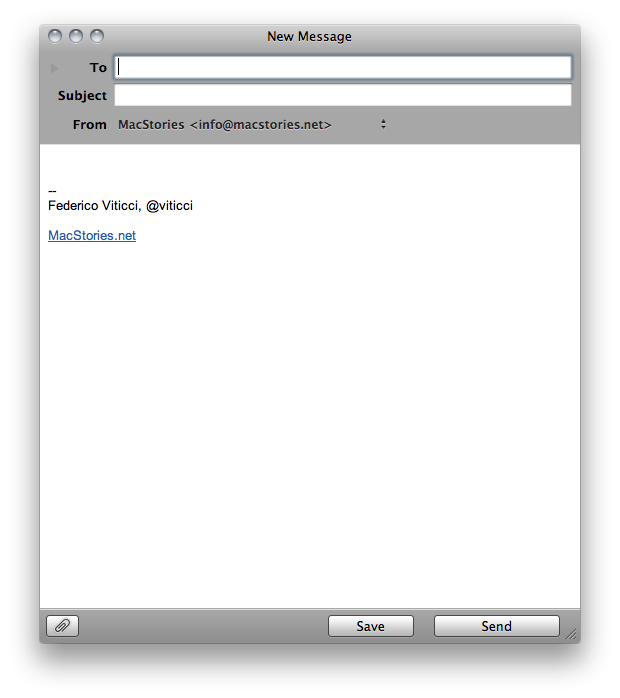 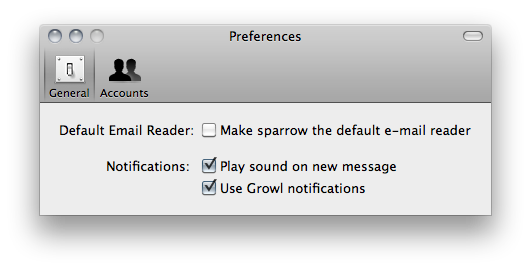