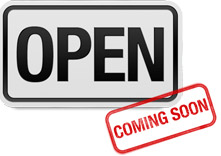 Looks like the Mac App Store is going to be quite different from the iOS model we’ve gotten used to in these past two years. Yesterday we broke the news that developers won’t be able to generate promo codes for Mac apps sold though the new Store (even if they’ve gone international for all users), today 9to5mac reports that in-app purchases and Game Center won’t find their way to Jobs’ latest reinvention of the Mac software environment, either.

Apple has informed App Store developers that two major iOS app store features will not make their way ‘back to the mac.’

Note: In app purchases are not available for Mac OS X apps.

As we wrote yesterday, Apple is clearly aiming at a simple purchase experience similar to the iOS App Store, but with less features than the mobile counterpart. Perhaps they don’t want Mac users to feel overwhelmed with new functionalities such as in-app purchases? Maybe they didn’t have time to implement them by the 2011 opening?

Still, we think Game Center on the desktop would be great. And terrible for our productivity.