This is one of the games I grew up with, one of those that deeply contributed to building my (geek) passion for retro-gaming. The Secret of Monkey Island, adventure game released by Lucasfilm Games in 1990, is now available as “Special Edition HD” on the iPad. It’s time to be a pirate, again. Aye.

For those who missed it in the 90s (seriously, how could you?) in Secret of Monkey Island you play as wannabe pirate Guybrush Threepwood, in his attempt to become the most infamous pirate of the Caribbean. It’s hilarious, witty and difficult at the same time. It’s a masterpiece.

The iPad version has been completely remastered and features high-definition graphics, voice over and a re-recorded soundtrack. You can also choose how to play: you can either use the classic point-and-click method or or the new “direct character control”.

Check out the full description and screenshots below. The Secret of Monkey Island for iPad is available at $4.99 in the App Store.

Voice over: Complete voice over using original Monkey Island franchise cast members brings the story and characters to life like never before, now available for both the Special Edition and Classic modes.

Direct control: Choose how you play – use the classic point-and-click interface or the all new intuitive direct character control for a more interactive gameplay experience. 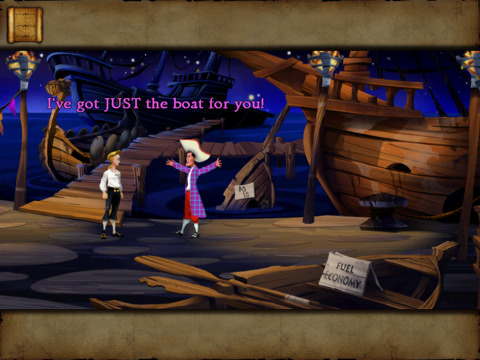 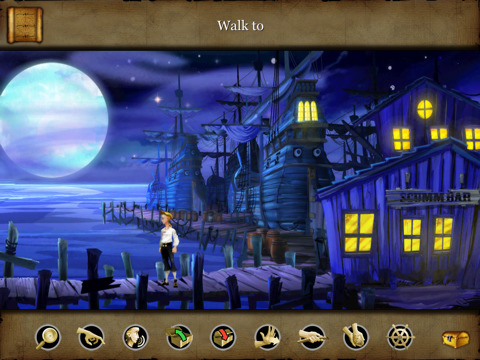