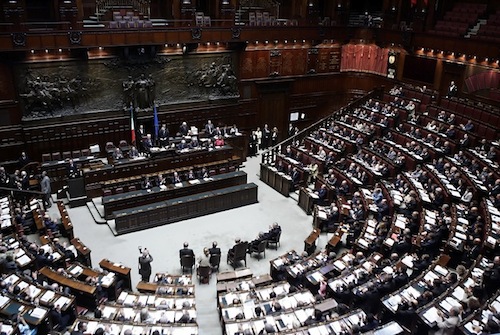 In spite of the major conflicts and debates going on right now in the Italian Parliament, it seems like every member agrees on one thing: getting an Apple device for Christmas. As noted by iSpazio, members and senators from PD, PDL (Italian Prime Minister Berlusconi’s party) and FLI are all getting iPads from Santa.

It is unknown whether the devices will be gifted as a “bonus” for personal use or will be deployed for work purposes in the Parliament. We read about the iPad being used by congressmen at the U.S. House of Representatives before, and at the White House, too. I wouldn’t be surprised to see the Italian Parliament coming up with its own apps to check on daily appointements, logs and activities.

As iSpazio also notes, members of FLI will be able to choose from iPads and iPhones. Not bad!  Why not giving away some Macs as well at this point? I think members would enjoy an awesome app like Screens.