I’ve spent the past two weeks updating my iPhone’s home screen setup for the XS Max and, as I shared in the latest episode of AppStories, part of the process involved gaining easier access to some of the shortcuts I use on a regular basis. While I’m not a fan of the shortcuts-only home screen approach described by CGP Grey in episode 75 of the Cortex podcast (at some point, I believe you just end up swapping app folders for shortcuts), I do like the idea of adding a couple of frequently used custom shortcuts to the home screen. And as I detailed on AppStories, I also like to use “shortcut launchers” – effectively, shortcuts to launch other shortcuts.

For context, here’s what my current widget and home screen look like, with one of my shortcut launchers on the right: 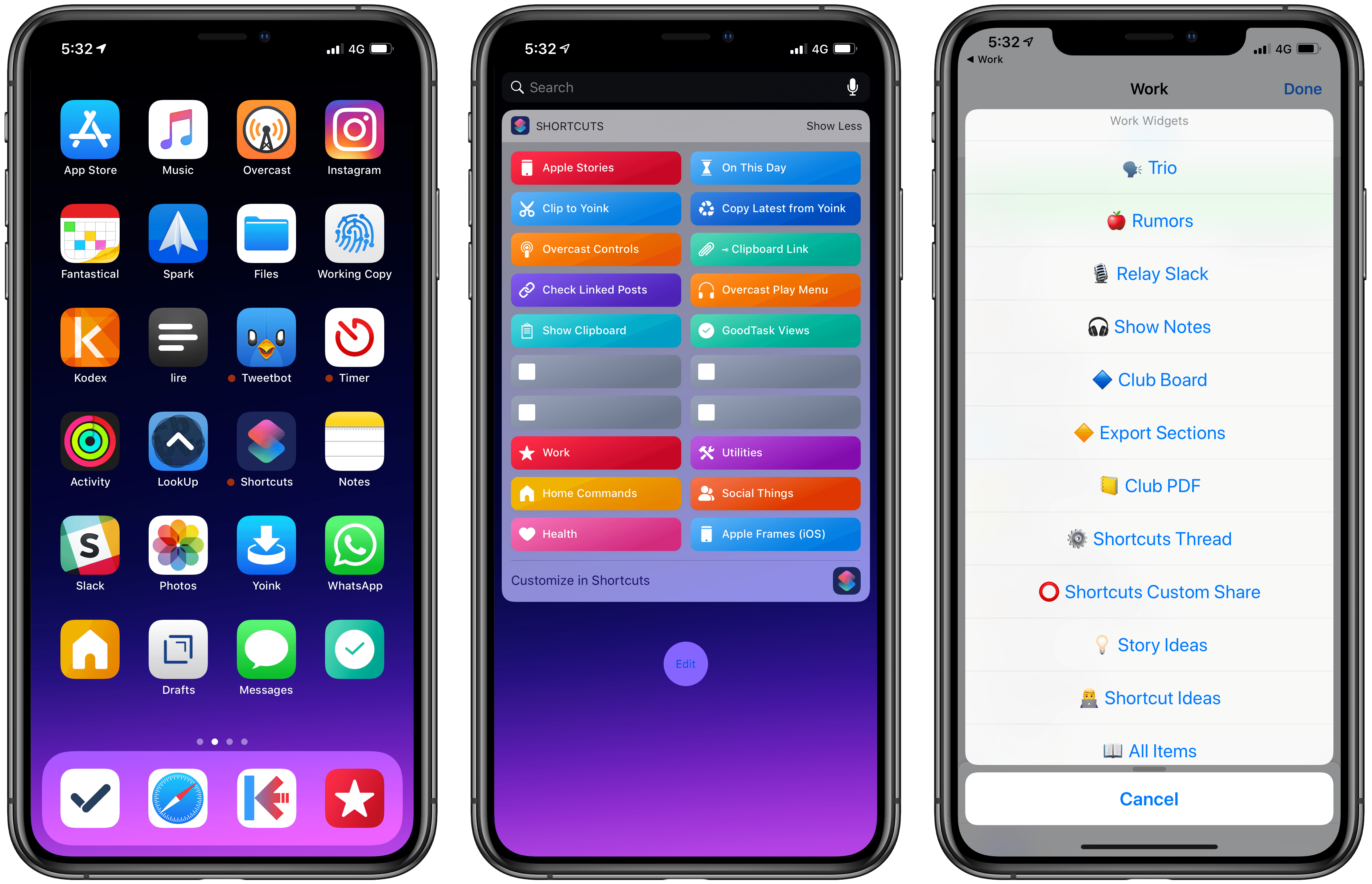 You may notice that I was able to add shortcuts to the home screen without displaying their names. This is possible by using an invisible Unicode character as the name of a shortcut (a tip that was shared on the Cortex subreddit); while the Shortcuts app doesn’t let you name your shortcuts with spaces, you can use the character linked above to create shortcut icons that look like they don’t have a text label. The four grey shortcut separators I’m using in the widget are based on the same technique: they only contain an ‘Exit Shortcut’ action (so they do nothing if they’re accidentally pressed) and I used the invisible character to create their blank names.

Because the Shortcuts app doesn’t let you assign the same name to multiple shortcuts, you’ll have to paste the invisible character multiple times for each shortcut you want to have an invisible label on the home screen. Of course, I had to create a shortcut that simplifies this process and asks you how many times you’d like to repeat the invisible character in a text string. You can find the shortcut below; you should also listen to episode 83 of AppStories for a special link to a Shortcuts-related project I’ve been working on. 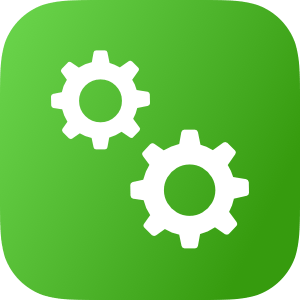 Generate a string of invisible characters based on the Braille Pattern Blank Unicode character (U+2800). This is a workaround to create shortcuts with invisible names on the iOS home screen. The shortcut lets you choose how many times you’d like to repeat the blank character to avoid issues with multiple shortcuts having the same name.