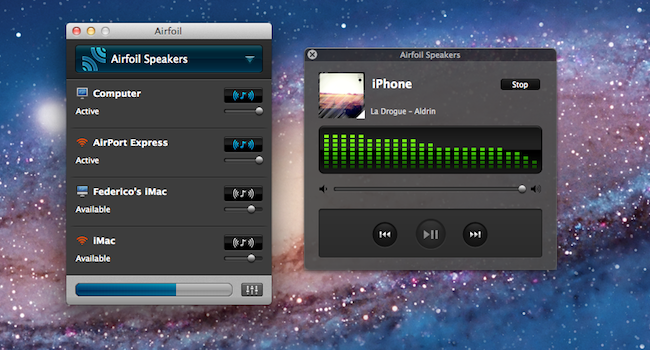 When I first covered the 4.5 update for Airfoil, which added extended AirPlay support and remote controls for compatible apps, a reader suggested an interesting hack or, better, workflow for wireless audio in the comments: given Airfoil’s capability of sending audio from a single source to multiple speakers or devices at once, it was possible to send audio from iOS to the Mac using AirServer, and then pass along data from AirServer (which acts as an AirPlay receiver on the Mac) to speakers recognized by Airfoil. Later, another reader chimed in to say that, considering Airfoil’s recent improvements, there was no need to install a separate app – Airfoil Speakers itself could handle the AirPlay stream from iOS to OS X, and then be used as an input source in Airfoil. When combined with an app like Reemote, this setup would allow you to send audio from an iPhone or iPad to the Mac wirelessly, from the Mac to another set of speakers or computers, and then control everything from iOS.

I decided to try out what those readers recommended, and I was pleased with the results and the performances of Airfoil. First off, I tested all this in my office room, where I have an iMac connected to an AirPort Express which is connected to a set of speakers on my desk. According to my readers’ tips, the method described above would allow me to push a podcast or music from the iPhone to the Mac, and have audio both on the iMac and external speakers because of Airfoil’s centralized audio system. So here’s what I did: I installed Airfoil on my Mac, and fired up both Airfoil and Airfoil Speakers. The Speakers app is the receiver that shows up on the AirPlay menu in iOS. On the Mac, I also installed the Reemote Server, a desktop utility that makes Airfoil devices available for control on iOS through the Reemote app for iPhone and iPad.

On my iPad, I launched the Music app and started playing a song, which I sent via AirPlay to Airfoil Speakers. Unsurprisingly, the song started playing within seconds on my iMac. Once audio was playing through my Mac’s speakers, I switched to Airfoil, set Airfoil Speakers as the source, and told the app to keep sending audio to the Mac’s internal speakers, but also to the AirPort Express. Within seconds, the song that was stored on my iPad was playing both on the iMac and the desktop speakers. But what if I wanted to control the audio levels, or hypothetically send that song to another computer running Airfoil downstairs? I opened the Reemote app on my device, and it immediately discovered the Reemote Server I installed on my computer. And because the Reemote Server plugs into Airfoil, Reemote can activate/deactivate and control audio levels of Airfoil devices. I managed to adjust audio on the external speakers during a podcast, or stop sending to the iMac altogether during another song. All while AirPlay was sending audio to the Mac, the Mac was parsing data through Airfoil Speakers and Airfoil was forwarding audio to two speakers at once. Obviously, you can control volume, balance and play around with the Equalizer from Airfoil’s own settings – I wish Reemote for iOS supported this, but on the other hand it was nice to see Reemote for Airfoil also had other functionalities like direct media control for apps like Spotify, iTunes, and more. 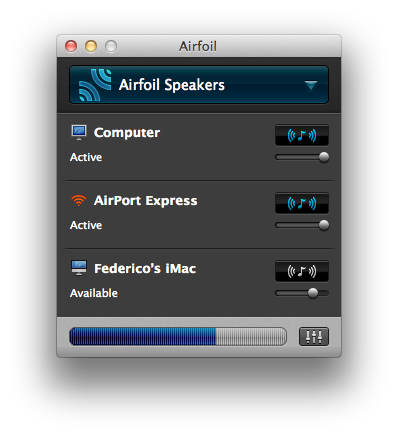 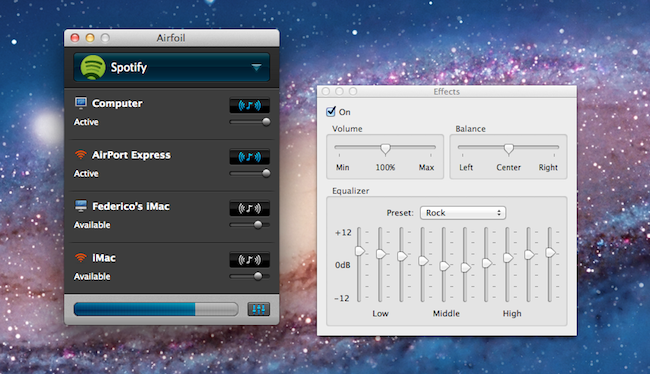 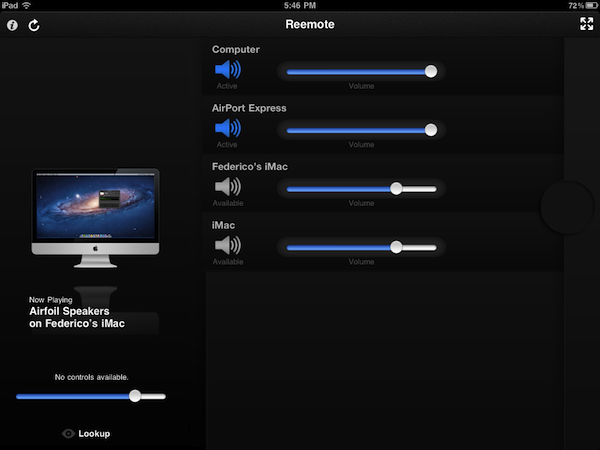 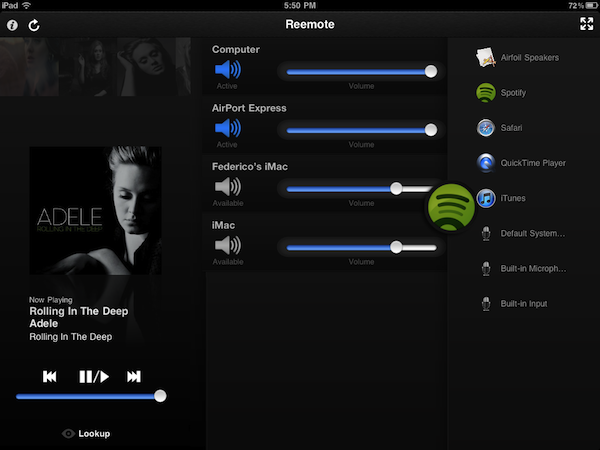 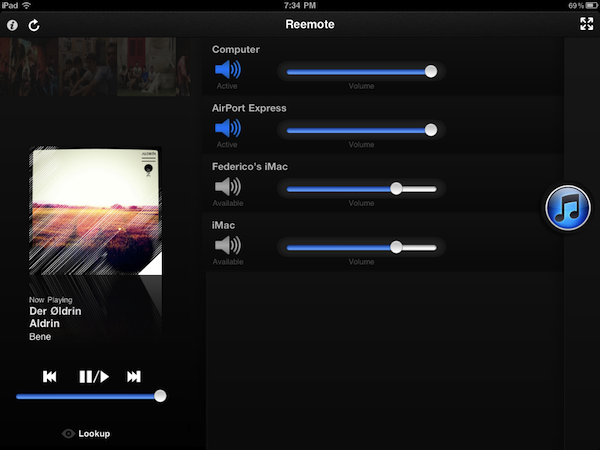 Airfoil is a versatile app, and I know with this mini-tutorial I’ve only scratched the surface of what’s possible to achieve with AirPlay, multiple computers, and a set of good speakers. However, this kind of iOS integration shows that there’s a lot of room for customization when you know what you want to achieve – you just need to find the right apps for the job.