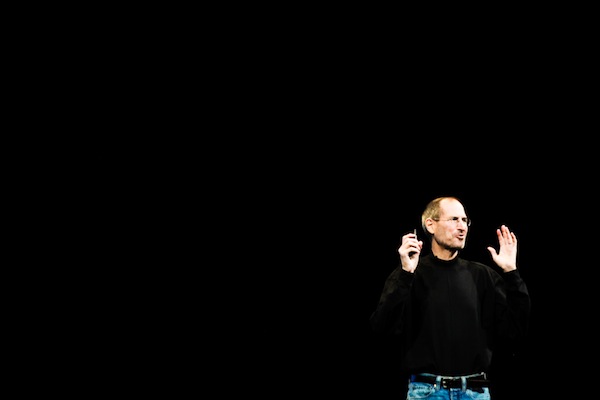 We all knew today’s news of Steve Jobs resigning as CEO of Apple was coming. Sooner or later, we – geeks, Apple watchers, fans, journalists, the Apple community as a whole – knew that Apple would announce a change of roles that would see Jobs go, initiating the execution plan that has been carefully planned internally for a long time. And that day has come. But it shouldn’t be seen for what it’s not: a change within the company. It is a change, technically, with Steve Jobs becoming Chairman of the Board, director, and Apple employee, and Tim Cook elected as new CEO. But it’s not a change in perspective – the spirit that has driven Apple’s innovation, attention to detail and need for great products won’t disappear as Tim Cook takes the reins.

There’s no denying reading the initial Reuters Twitter headline about Jobs resigning brought my heart to a full stop. But as I quickly rationalized and processed the news, later confirmed by a series of press releases, I realized that was the turning point I was expecting all along. The change that we, the community, feared and filed away in the imaginary drawer of things that are too far away to even consider as a fact. Yet, in spite of many people’s best hopes, it is a fact. And I’ll say this again – it is sad to see a man slowly taking steps back from the company he built because he’s no longer capable of meeting others’ expectations.

So let’s look at history in the eyes. Steve Jobs won’t be replaced iconically, he will be replaced as a company executive. Steve Jobs’ vision, charisma, stubbornness, willingness to build products people love and engage with on a personal level – these things will live on within Apple no matter the title the Board gives him. Steve is not Apple, but Apple stems from Steve’s ideals. And ideals, history has taught us, don’t die. No matter the bureaucracy, the speculation, the market strategies, the corporate espionage – no matter from what angle you look at it, true ideals live on. They are symbols of evolution, but they survive change.

This is what we believe. Technology alone is not enough. And from my personal angle, this is the mantra that CEO Steve Jobs has best implanted since 1997 in Apple as a company, a team of executives and designers and engineers and employees – Apple as a vision and a statement. A hundred years from now, people will look back at Jobs’ career as CEO of Apple, and wonder how he did. In this very moment of time, we do know how he did. And we applaud Steve Jobs for his achievements in the past decade.

But at the same time, we also applaud his team and we look forward to more great products born under and developed with Steve Jobs’ taste as a Chairman, and Apple employee. Once again, let’s look at the facts – Jobs is still there, only taking a different role and executing the “succession plan” any respectable company that operates at Apple’s levels has. Those who predict the premature demise of Apple and speculate on the failures of future products due to Jobs’ change of title clearly don’t understand how Apple works. I don’t either, but at least I’m not looking into a crystal ball. It will be interesting to keep an eye on Apple’s operations in the next two years for sure, but saying the company without Jobs the CEO is now doomed is a long stretch.

A change of titles – a new Chairman here, a CEO there – won’t transform the way today’s Apple works and makes money. Yet we, the community, are inclined to taking this on a personal level, because let’s face it – a little part of the Apple fan in us died today. Not because of the sadness, the desperation, or the aforementioned predictions of Apple’s upcoming “problems”. Not even strictly because Steve Jobs is a geek’s favorite hero and it’s sad to see him “go”. It’s a much more subtle feeling running through the veins of the Apple community. It’s that feeling of times changing, of you and your friends growing older and perhaps with a better understanding of things – it’s watching what you took for granted be upgraded to something new you think will be fine eventually, but you’re still not completely used to.

Steve Jobs’ greatest accomplishment is not the iPad, the App Store, the iPhone 4 and the device coming out next year. It’s not even the company taken as a bunch of executives and employees around the world, for as much as that’s an impressive work of management and planning. Rather, Steve Jobs the CEO should be proud of the philosophy he’s instilled in Apple’s vision of a product maker for all kinds of people. Because, really, that’s what Steve Jobs the CEO set as a goal for Apple: making people happy using their products.

In these past 14 years, Apple’s former CEO turned around an industry, changed its face, and taught us that technology alone is not enough.

And we thank you for that, Steve.