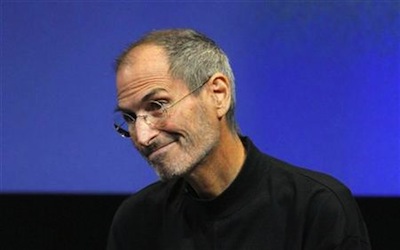 News broke earlier today that Steve Jobs is taking another medical leave of absence to focus on his health. And just like the last time, he has appointed Apple COO Tim Cook as the head of day-to-day operations. This time around, though, Steve Jobs will maintain the CEO position. Long story short: Steve Jobs has to focus on his health and personal life, something you would expect from a man who beat cancer in the past and successfully underwent a liver transplant. Apple employees will have get used to not seeing Jobs on campus or in his office for a few months. But I don’t want to speculate on Jobs’ conditions, habits and role at Cupertino. Instead, I would like to point out how out of this complex and much-talked story Apple as a company will be doing just fine.

As a blogger who reads and writes about Apple, and as a geek who enjoys watching every Apple keynote, it’s hard to think that the iPad 2 won’t be announced by Steve Jobs. And it’s likely that the same will happen with the iPhone 5 at the WWDC. Because we, as geeks and bloggers, feel sorry for the man having to temporarily step down due to his health conditions. The moment after we read today’s news, many of us tweeted “Get well soon, Steve”. The Apple fan, geek, blogger and general aficionado loves Apple’s products, but cares about Steve Jobs as a person as well. It’s a strange customer-to-creator sort of relationship I can’t really explain, but you know it’s there. At the end of the day, I think it’s the same feeling you have when you read something bad has happened to your favorite actor or singer. You like his movies and songs, but you also care about him as a person. We’re human beings, and that is perfectly normal.

Apple, however, is a tech company, and there has to be more than personal feelings to keep the car running. And this is why I think none of us should tweet, write or speculate about Jobs’ conditions: Apple as a company will be just fine during Steve’s absence. Those who are writing that Apple “will be screwed” without Jobs or that “stock will irreplaceably go down” and those other few eminent bloggers who are trying to enumerate the motivations and implications behind Jobs’ decision in a list simply don’t get it. They don’t get Apple. They don’t understand the simple fact that Apple The Tech Company is way more than Jobs sitting on a chair, busy reinventing the future. Or maybe they’re just looking for pageviews. Because you know, bad news always get more hits. Either way, those who predict doom will descend on Apple’s success aren’t looking at the big picture. They’re not looking at a picture at all.

Steve Jobs may be gone for a few months. Too bad Apple plans new products for years before making any announcement and, as we speak, it’s very likely that some engineers in Cupertino are already testing the iPhone 6, 7 and the iPad 3 and 4. Those products, which we’ll see in the next two years, have been envisioned under Jobs’ directions. Same applies for computers, iPods and software updates. Sure, the market changes rapidly and customers quickly get to want features they didn’t know they wanted two weeks ago. Still, Apple has a solid roadmap in place and I wouldn’t be surprised to know the first seeds of Mac OS X 10.8 have already been planted. This is how companies like Apple work: they plan. It’s not like Jobs wakes up tomorrow morning and decides what Apple has to do on Thursday.

More importantly, those who think Apple is “Steve Jobs’ company” are, again, wrong. Yes, Jobs was one of the co-founders and over the years we’ve gotten used to associate Apple, Inc with Steve’s face. But no, Steve Jobs doesn’t “do everything at Apple”. He doesn’t code iOS, fix bugs, model the aluminum of a MacBook Pro or design the iTunes 10 icon. Steve Jobs sets the general vision and feeling for high-end products and software releases (I doubt he decides how MobileMe’s web apps should display the Settings) and, overall, motivates the various teams at Apple to do an insanely great job. Some say it’s hard to work under Steve’s guide when a deadline is approaching; do you think working as an engineer for Ferrari before the announcement of a new car is easy? Every serious company on the planet gets nervous before unveiling new products. Steve Jobs, like any other CEO, tries to keep everything together and people motivated. But he doesn’t code or choose the colors on Apple’s website.

The thing is, Apple has a great (if not one of the best) executive team. People like Craig Federighi, Scott Forstall, Tim Cook, Phil Schiller, Betrand Serlet and Jonathan Ive do a lot more than these bloggers who predict Apple’s premature death think. These people, and the employees in their teams, are the heart and soul of Apple who get things done every day. The things we actually use. I’m talking about that Safari update you still need to download or the animation of folders in iOS. I’m not saying Jobs is the boss who goes around offices and gives orders: Jobs sets the vision, others execute. Both actions are part of a well-oiled mechanism that make Apple what it is.

That said, this whole story comes down to this: Steve Jobs needs a break and there are people who will take over his activities at Apple. The end users and geeks, too, won’t really see any difference.