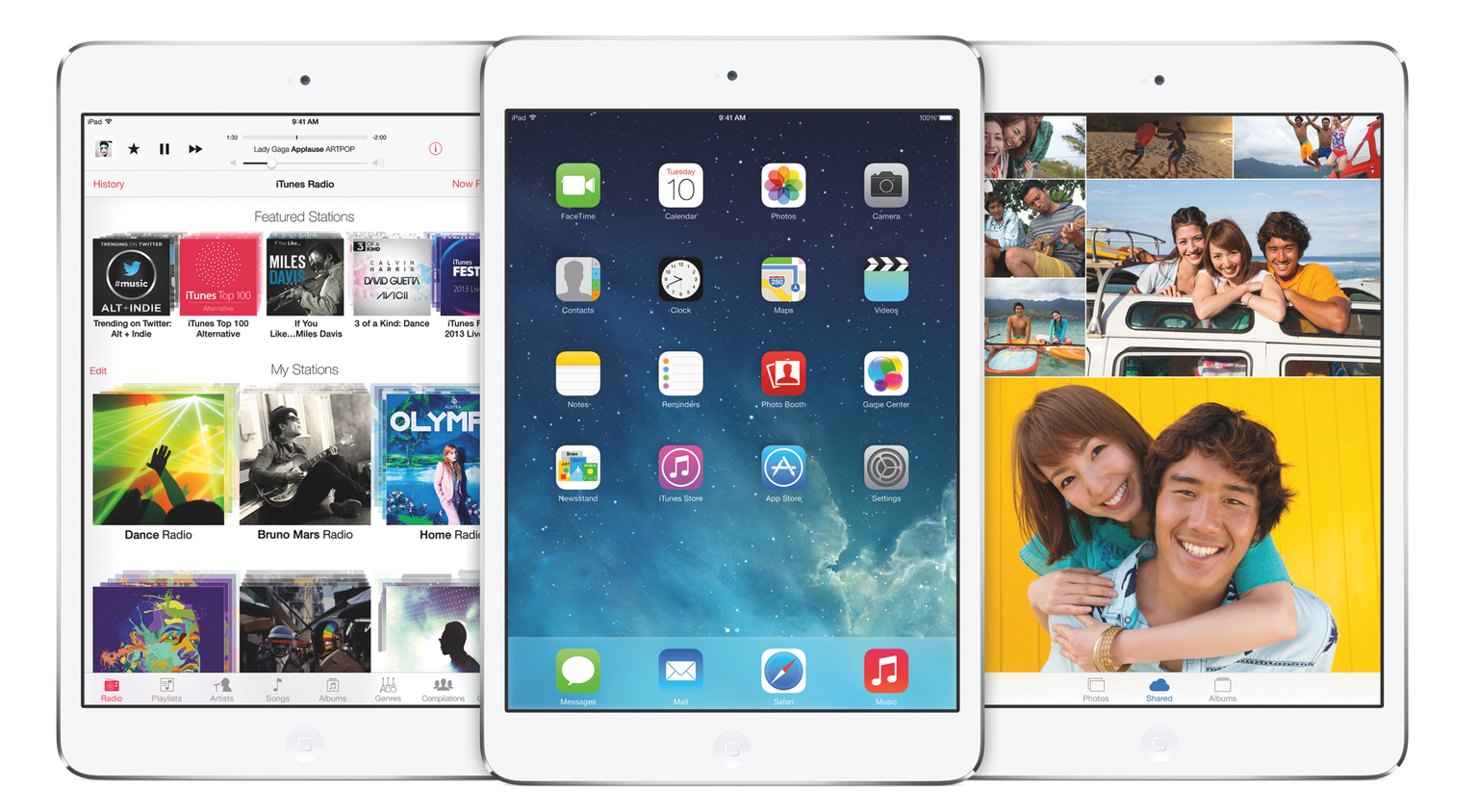 Following a lack of growth for the iPad line in Apple’s latest quarterly report, I’ve seen a number of articles suggest the idea that, in spite of Apple’s best efforts to establish a third product category between the smartphone and the laptop, the iPad is done. That people, after an initial fad of high iPad sales, are showing “no interest” in the tablet form factor because they’re now served well enough by laptops, desktop computers, and larger smartphones. I think that ascribing slower iPad sales in the past few quarters to a generalized lack of interest shows an understandable kernel of concern among tech writers, but also a misunderstanding of the iPad as a device.

The theory goes as follows: Macs are capable, powerful computers; larger phones negate the need for a tablet; therefore, the iPad will soon be irrelevant as there won’t be a market for it. It’s a plausible scenario, but, from my perspective, it doesn’t make for a convicing argument. Neither does the thought that the iPad will have to turn into a Mac or iPhone, or that a file system will need to be exposed for iPad users to be productive.

Comparing the iPad to a Mac or to a (rumored) larger iPhone discounts the advantages offered by the iPad’s form factor. I see large smartphones as better pocket computers for some people who prefer a bigger screen for media consumption and daily software interactions. On the other hand, traditional laptops are great for productivity tasks that involve files and multiple windows, but they come – Macs included – with inherent complexity caused by the filesystem and overlapping windows.

Tablets, though, strike an ideal balance between portability, ease of use, and productivity potential provided by a screen size in between smartphones and laptops: in Apple’s case, the iPad can be held to read a book, placed on your lap to watch a movie or play a game, or used on a desk with an external keyboard for word processing and email.

The iPad excels at being a portable device that can be carried around while retaining a large screen and over 10 hours of battery life. When you consider users who are still relying on cheap, bulky Windows laptops with four hours of battery life as their primary computers, an iPad Air makes for a dramatically better hardware proposition. And even when compared to a MacBook Pro or 13-inch MacBook Air, the iPad offers a combination of a large, high-resolution screen with built-in cellular capabilities that I personally find superior to any smartphone + laptop setup if you need a large screen on the go.

To me, the iPad absolutely has a reason to exist from a hardware perspective. The main problem is that, currently, the iPad’s potential is being held back by a lack of advancements in software. My concern isn’t about a widespread disillusion with the tablet’s role in the marketplace, but the practical consequences of an operating system that isn’t letting people use the iPad as their only non-smartphone computer.

As I wrote yesterday, iOS is about inclusive empowerment and making complex things accessible to everyone. And yet, iOS makes certain tasks more difficult and complicated than they need to be. There’s no easy way to work on a document with data from multiple apps, and if you try to manually move files around with iOS’ Open In menu, you end up with duplicates scattered across different app libraries. Apple sells iPads with 128 GB of storage, positioning them as being able to hold all your files and apps, and yet iCloud is expensive and doesn’t even offer plans that go beyond 50 GBs. The Mail, Music, and Safari apps aren’t nearly as advanced as their OS X counterparts; you can’t even download files with Safari for iOS.

Software advancements also apply to apps that take advantage of the iPad’s screen for common tasks. Too often, Apple’s apps and system utilities for the iPad feel like enlarged iPhone designs, lacking imagination and willingness to go beyond a 10-inch adaptation of iPhone paradigms. In the early days of the iPad, Apple stunned journalists and users with GarageBand – in my opinion, still the finest example of Apple software completely and perfectly reimagined for the iPad’s canvas. But not everybody is a musician and needs (or knows how) to make music. Where’s GarageBand for everyday productivity tasks? Is it really impossible to rethink elements of daily computing activities without imitating what’s already been done by Macs and iPhones?

The situation is fairly similar with third-party developers. In 2010, we got a glimpse at what could be possible with crafting interfaces for iPad thanks to Loren Brichter’s Twitter, Flipboard, Screens, and a few other notable examples; today, it’s harder to come by an iPad app that can only exist and make sense on the iPad.

Developers have mostly settled on a handful of design practices established four years ago and, on average, they either tend to “play it safe” and mimic Apple’s underwhelming UIs for iPad apps, or they skip iPad versions of their apps altogether (in the transition to iOS 7, several developers prioritized updates to their iPhone apps over the iPad ones). There are exceptions, but it does seem like the pace of innovation among third-party developers willing to push the envelope for revolutionary iPad apps has generally slowed down or, in some App Store categories, come to a halt.

Developers can’t be blamed: many of them can’t use an iPad (and thus know the device) on a regular basis for their own work needs, and the lack of APIs to create apps that use the larger screen in new ways is an Apple problem, not a third-party one. The App Store’s race to the bottom with free apps and apps intended as clients for paid subscription services is also a factor, as smaller developers may struggle to recoup costs for apps that may not find an audience (and profits) on the App Store.

The iPad OS launched to a lot of potential but, for the past two years, it has felt like an afterthought on Apple’s side. Apple’s iPad software hasn’t dramatically and uniquely evolved since 2010, providing features that wouldn’t be possible (in a smaller fashion) on the iPhone. Third-party developers may have sensed the shift towards a prioritization of the iPhone’s iOS as well, cutting back on innovation in the iPad space with conservative designs and unimaginative Universal apps.

The iPad is a fantastic portable device with a screen that offers a powerful balance between the iPhone and the Mac. I genuinely believe that, even with larger smartphones and lighter laptops, there will be a place for tablets that you can hold with your hands and carry around wherever and whenever you want. But if I had to pick an area where the iPad has been lacking – and where I think that Apple could do a better job in the next few years – that would be the software. Apple needs more key differentiators for iOS on the iPhone and iPad, and its software has a long way to go, especially on the larger screen.