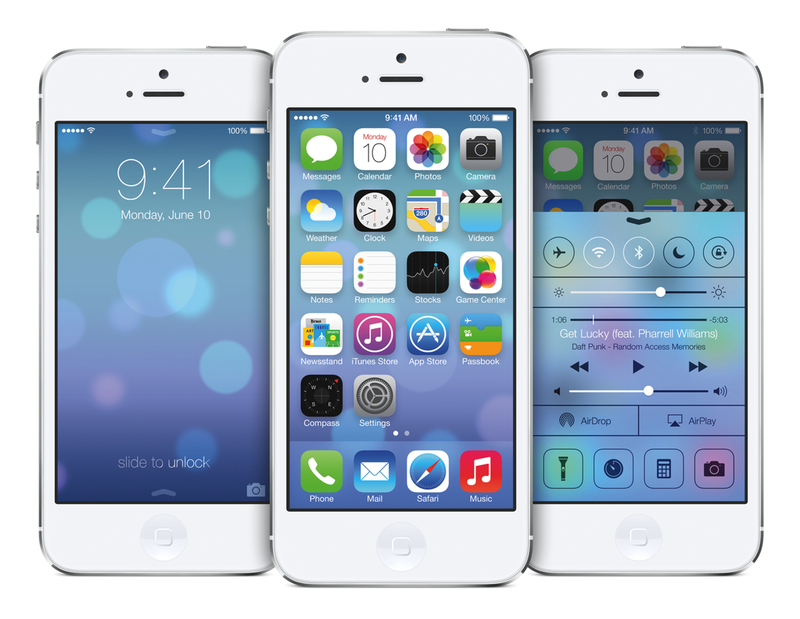 When I launched MacStories in April 2009 I wanted to focus on – as the name implies – Mac apps and the stories of the people who made them and used them. In the summer of 2009, I bought my first iPhone[1], the 3GS. As I started buying iPhone apps[2] and increasingly using the iPhone as a work device, my focus quickly shifted from “a Mac-only site” to “a Mac and iPhone site” for news, reviews, and opinion.

This summer represents the biggest change for my work since July 2009: in just a few months, I’ll be writing articles about iPhone and iPad apps that are based on an operating system that’s radically different from the one that I got to know four years ago, when I bought a 3GS at my local 3 Store and demoed Copy & Paste to my friends.

Between 2009 and 2013, the iOS upgrades released by Apple brought major features like folders, multitasking, Notification Center, and Siri, but they were additions laid on top of an existing, visually familiar platform. When Apple launched the iPad in 2010, I witnessed how developers rapidly changed from a “let’s follow Apple’s example” mindset to more audacious and custom interfaces and experiences, but, again, the iOS foundation was the same, albeit with altered interactions. You could tell that the iPad, despite being “new”, was still based on the iOS everybody knew. In contrast, iOS 7 is a tabula rasa, a new beginning, a platform for the next five years. It retains an intrinsic familiarity, but it also profoundly changes several iOS paradigms, getting rid of old preconceptions to explore new areas of mobile software. It’s a big change, and for many – including me – that’s equally scary and incredibly exciting.

I’m already talking to third-party developers of iPhone and iPad apps, and, as you would expect, there’s a lot of confusion right now. Existing apps written for iOS 6 will need to be updated for iOS 7’s new interface and to ensure compatibility with new system designs and features; apps that rely heavily on custom UIs and functionalities, like Tweetbot, will mostly work fine on iOS 7, but they will also look out of place – built in a previous era. iOS 7 is uncharted App Store territory – a fertile ground.

I have been thinking about the apps I should expect from third-party developers as they go back to work and start writing code for iOS 7. With an OS that makes prominent use of whitespace and text with a focus on legibility, is there still room for beautiful interfaces? Since 2009, many of us have often judged “beautiful” is terms of fidelity of a texture to a real world object, or perhaps for how much a designer could drift away from Apple’s guidelines and build his/her own, completely custom menus, tab bars, or tappable replicae. Essentially, I kept thinking if, four months from now, the iOS 6 apps we’re used to would suddenly look like anachronistic mullets. My first concern was about the appearance of apps.

As I was writing my piece, I realized that ruminating on looks is legitimate, but short-sighted. There will be apps that will mimic Apple’s Mail and Safari interfaces; there will be apps with custom UIs and personalities; and there will be apps that sit somewhere in between. But the potential that I’m excited to see this summer from developers is about the functionality of their apps, and how they will leverage new iOS 7 features to offer experiences that I’m not used to.

I’ll need to re-evaluate many aspects of iOS apps. Until now, developers couldn’t build true multitasking with background refresh in their apps – and if they could, it was only thanks to workarounds that couldn’t provide an optimal implementation. With iOS 7, not only will we get a new app switcher with frequent snapshots of apps – developers will get the ability to ask the system to refresh app content in the background. We’ll get read later apps that always have our most recent articles, Twitter clients with up-to-date timelines and DM screens, Dropbox apps that can work in the background and present a refreshed list of files and folders when we launch them. Developers will get new tools to manage text layouts, access to new physics and animation engines, and hundreds of other improvements.

Looking in the past can be useful to better understand the future. When Tweetie 2 came out in 2009, it employed a very Apple-like design but augmented it with custom interactions that have now become standards on iOS, such as pull to refresh. In 2011, Tapbots showed how a Twitter client with a custom UI could pack powerful features while still retaining ease of use and speed. And just a few months ago, Fantastical offered a mix of custom and native approaches to calendar management that, for many, provide a superior experience to Apple’s own app. My point is: reflecting on how apps will change visually is interesting, but, for me, imagining their new technical possibilities is the most enthralling part.

I believe some of initial visual-focused criticism in regard to iOS 7 is related to the fact that screenshots are public, but developer documentation – the place where the technical potential is actually explained – isn’t visible on Apple’s homepage. It’s easier (and more lucrative for website owners) to post screenshots of early betas than to carefully analyze and discuss incomplete APIs; and more importantly, developers who don’t run tech blogs know that it’s not in their best interest to write about the technical aspects of iOS 7 today. iOS 7 isn’t finished. The downside is that many articles that are being written about iOS 7’s icons and neon colors are shallow and uninspired (fortunately, there’s some good stuff, too).

The features that Apple is building into iOS 7 (such as translucency, new animations, multitasking, layers) also make me think about the iOS hardware upgrades that, presumably, we’ll receive before this year’s holiday season. I’m particularly curious about battery life: iOS 7 already cuts support for older devices and removes several features from the iPhone 4, and I wonder if the next generation of Apple hardware will take any meaningful leaps in battery technology and CPU optimizations for the new OS. Now more than ever, the interplay of hardware and software is a priority for Apple.

There’s more to iOS 7 than its icons or the new Back button, and the most exciting parts are the ones we can’t talk about yet (and, unlike icons and shapes, the least likely to profoundly change before the Fall).

I don’t care what shades of blue Apple ends up using. Icon design is important, but it can be iterated upon more quickly than frameworks and APIs before an OS’ release. The new structure of iOS 7, its developer APIs, multitasking and background refresh, more reliable iCloud sync, text and animation improvements – these are the core aspects that will define a new generation of apps. When all the mockups and concept videos will be forgotten, what will stay is an iOS update with deep changes that will incentive the creation of brand new categories of apps. And for that, I need to get ready.

This summer is going to be fun.