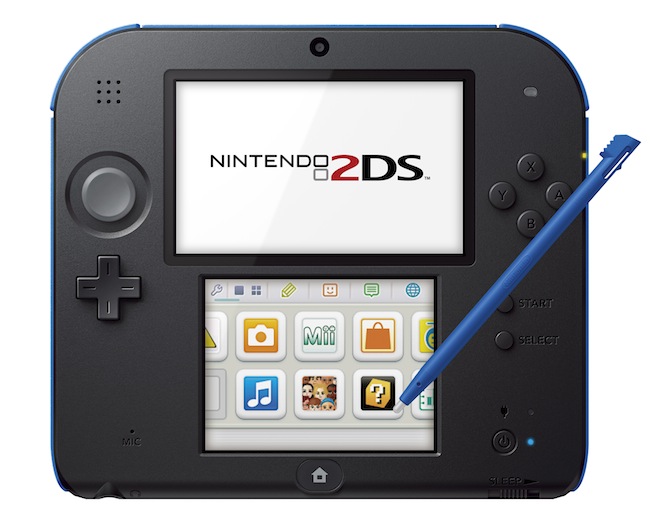 Yesterday, Nintendo announced a new portable console to play 3DS games that doesn’t actually support the 3DS’ 3D effect, a price cut for the Wii U, and various release dates for its upcoming holiday line-up. Unsurprisingly, several Apple-focused writers and bloggers suggested – again – that Nintendo is doomed; that they should start making games for iOS; and that Apple should just outright buy Nintendo.

I believe this notion – that in order to survive, Nintendo has to start making games for the App Store – shows a profound misunderstanding of how Nintendo works, operates, and, generally, plans its long-term future. I have discussed the topic with Myke last night on The Prompt.

Lukas Mathis has published an excellent post that aptly sums up what is wrong with the new “default narrative” about Nintendo:

Mac users should be familiar with the argument against this reasoning. Fantastic games like Super Mario 3DS Land can only exist because Nintendo makes both the hardware and the software. That game simply could not exist on an iPhone.

But there’s an additional problem with this argument: the premise is completely wrong. Nintendo is actually not doing poorly in the portable market. iPhones have not destroyed the market for portable gaming devices. The 3DS is, in fact, doing very well.

Nintendo and Apple may share some similarities (namely, tight integration of hardware and software), but their execution is profoundly different. Following Nintendo’s history and patterns through the years and just looking at the company’s numbers reveals a different approach and strategy.

The hypothesis that Nintendo needs to abandon the hardware market because the iPhone destroyed the market for portable gaming just isn’t consistent with reality.

The idea that Nintendo should make games for iOS is fascinating, easy to grasp and follow, but flawed. Nintendo doesn’t work like Apple. And, more importantly, Nintendo can’t – and doesn’t want to – be Apple. Nintendo is a mix of a toy company and a game company: consoles exist to support Nintendo’s crown jewels – the games and first-party franchises.

Nobody is denying that the Wii U is doing poorly: the console needs more quality first and third-party games, a better marketing message (same for the upcoming 2DS), and a clearer position in the market. But the overall numbers paint a different picture than what some Apple pundits are claiming: the Wii U is only slightly behind the point where the GameCube was at the same point in the console’s lifespan – and Nintendo did manage to turn a profit on the GameCube. The Wii remains the top-selling console of the current generation. The first 130 weeks of sales of the 3DS – as Mathis also notes – are comparable to those of the Nintendo DS – the second (soon first?) best-selling console of all time. Again, to understand this all you need to do is look at Nintendo’s numbers.

Mobile “casual” games are selling millions of copies (in many cases, in-app purchases) today, and Nintendo’s portable game sales are healthy, too. Here’s just one data point: Animal Crossing sold 1.54 million copies in the last quarter (a month ago, it was up to 4.5 million copies sold since its original release). Assuming that Nintendo makes around $30 in average revenue on first-party games, that would make for $46 million in revenue, in a single quarter, on a single game. Want more examples? As of March 2013, Luigi’s Mansion sold 1.22 million copies; Super Mario 3D Land moved 8.19 million copies; Monster Hunter 3 – a third-party, four-year old game – sold 2.10 million copies; also as of March 2013, Mario Kart 7 sold 8.08 million copies. Here’s what Nintendo’s upcoming line-up looks like, and add Pokémon X & Y to that (the series’ DS games, Black & White 1/2, sold 23.05 copies combined as of January-March 2013).

The 2DS is controversial and it may seem to lack any sort of practical sense, but it’s actually basic Nintendo 101 (do these other revisions ring a bell?). Except that, this time, the 2DS is aimed at addressing concerns of 3D games for children and the whole point is to sell the 2DS to kids for the holiday season, possibly alongside a copy of Pokémon.

Nintendo’s strength right now is that, once again, they can revolve around the fulcrum of portable hardware and game sales to sustain their operation, turn a profit, and buy more time to fix the mess that was the Wii U launch. Saying that Nintendo should shut everything down, go home, and start making games for iOS is an easy but flawed solution that just isn’t supported by the facts.