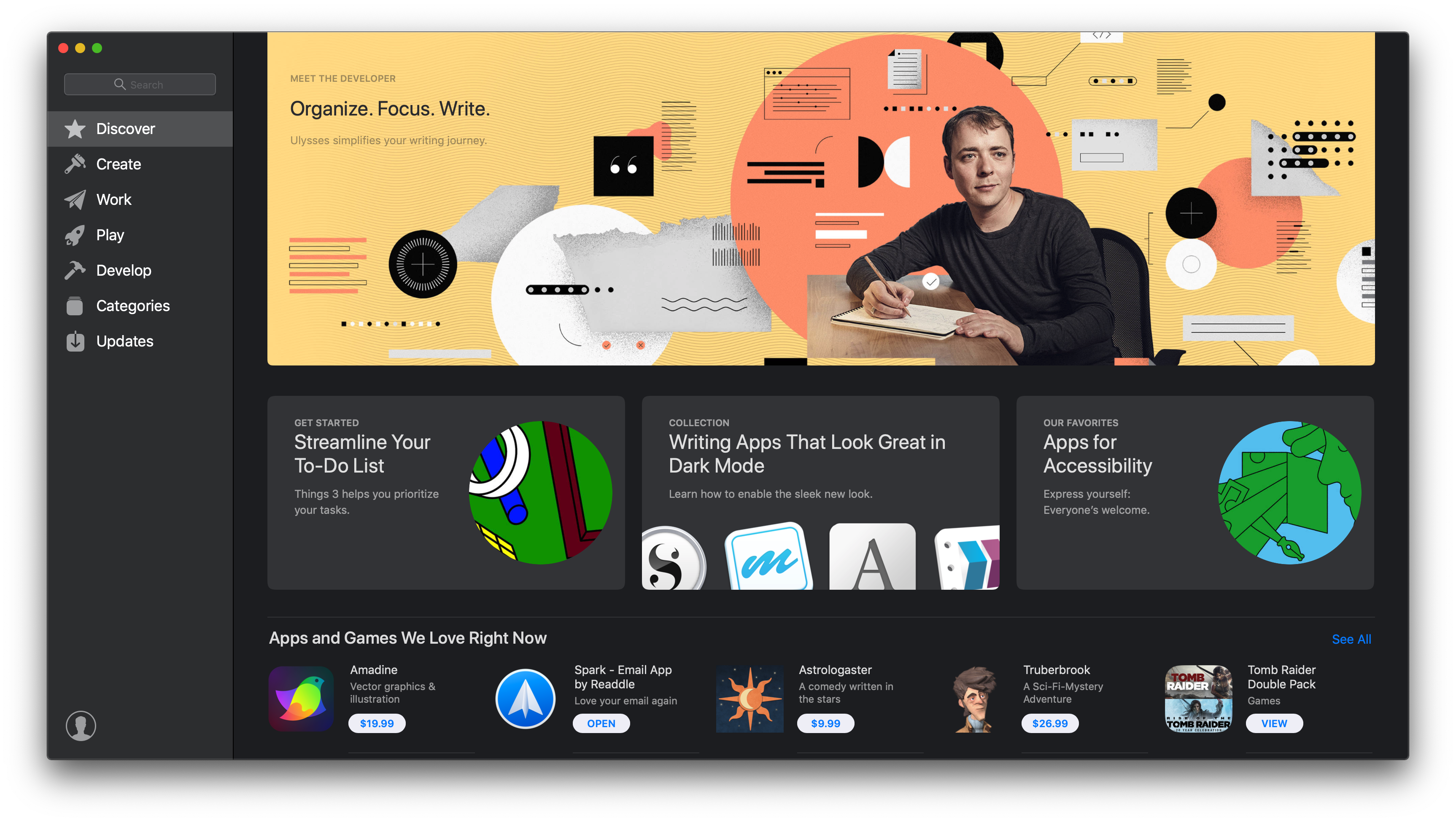 The following story is adapted from a MacStories-produced newsletter that’s exclusive to Club MacStories members.

All told, that’s around 60 newsletters, 12 podcast episodes, and lots of other perks over the course of a year.

My annual practice of deciding which Mac apps qualify as ‘must-haves’ is always an interesting exercise. At the core of this reflection is a simple question: ‘Why?’ Why this app instead of another one? Sometimes it’s an app that stands out from its competitors, making the choice easy. Other times it’s a unique feature that fits well with the way I work. Most of the apps I include in my annual round-ups fit into one of those categories.

Last year though, too many apps fell into a couple of different, troubling categories. First, I tolerate a handful of underwhelming apps because they’re associated with services I like or which are essential to my work. Apps like Slack, Skype, and Trello fall into this category. Second, there are apps like Due and Reeder that I like, but either they don’t get much attention or have fallen behind compared to alternatives on iOS. Fortunately, these apps are still in the minority among the apps I use regularly. For every disappointment, there are apps like Things, Ulysses, MindNode, iA Writer, Screens, and Yoink that are not only a pleasure to use on macOS, but offer excellent iOS apps too.

Still, as I covered in the conclusion of my 2018 must-have Mac apps round-up, the exercise of going through the Mac apps I use left me with an uneasy feeling:

there’s an interesting contrast between what I consider must-haves on iOS and the Mac. On iOS, many of the apps I consider must-haves are compelling because of a single feature that sets one app apart from others or because it fits especially well with how I work. Too often that’s not the case on the Mac. I find myself explaining that I use a particular app because ‘it gets the job done.’ That’s because there are too few alternatives to some apps, which is a shame.

Mac apps are not in a state of crisis, but at the same time, the universe of Mac apps is not nearly as big or diverse as iOS. That’s not surprising given that the number of iOS devices in use is roughly 10x the number of Macs in use. As someone who works on and studies both platforms though, the trends are troubling.

One of the most obvious trends is that few web services bother to develop traditional native Mac apps. Perhaps the most popular cross-platform technology in use is Electron, which has a bad reputation as a resource hog with user interactions that are inconsistent with Mac conventions.

Just as troubling though is the lack of alternatives among many app categories on the Mac. One example is RSS readers. On iOS, there are lots of high-quality options from which to choose that are regularly updated. On the Mac, there are hardly any good choices, and the apps that are available aren’t updated often, or aren’t available on iOS.

As we head into the second decade of the App Store, it’s also apparent that the rate of platform crossover is still surprisingly low. It’s more understandable why some classic Mac apps like SuperDuper! aren’t on the App Store. Those apps aren’t available in the Mac App Store either, and adapting to the iOS sandbox would be difficult. What’s more concerning is how few iOS apps have made their way onto the Mac.

Of course, there are good examples of apps that have found success on both platforms; my roundup of must-have Mac apps includes several. Still, there does seem to be friction holding iOS developers back from making the leap to the Mac. Part of it is that developing for the Mac is just different enough from iOS that it makes adapting an iOS app to the Mac harder than many developers would prefer. Combined with the smaller Mac market, that friction seems to be enough to keep many iOS developers off the Mac.

It’s into this environment that Apple announced Marzipan, its effort to make it easier to build apps for both the Mac and iOS. Not much is known about Marzipan yet; third-party developers won’t have tools to create apps based on it until next week at WWDC. Instead, we have the four Marzipan apps that Apple built into macOS Mojave: Home, News, Stocks, and Voice Memos. I’ve enjoyed having Home and News on my Mac, but all four apps have significant rough edges and should have been labeled betas by Apple.

Much of the criticism leveled against Mojave’s Marzipan apps is similar to a common complaint against Electron: Marzipan apps break user interaction conventions developed over decades of Mac development. That’s a fair criticism, but it’s also far too easy to get caught up in the details of what’s wrong with the Marzipan apps instead of focusing on the big picture. Moreover, conventions aren’t immutable rules. Change is necessary to adapt the Mac to the current computing landscape.

At bottom, the problem is that Apple is at risk of losing control of the Mac’s future. Web services are a bigger part of the productivity app market than ever before, and few seem interested in building traditional Mac apps. Exacerbating the problem is the rather thin competition in some app categories and limited migration of iOS apps to the Mac. Instead of letting third parties with little stake in the Mac’s success control the direction of the Mac experience through a patchwork of inferior apps, I’m eager to see a solution from Apple that leverages the strength of iOS.

Fundamental changes like Marzipan are fraught with implementation risk. There will be people who don’t like Apple’s solution and others who don’t adapt and get left behind. However, the risks also create an opportunity to build a scalable system that is less about the particulars of each operating system and more about choosing the right hardware for a task. As the hardware manufacturer, that’s something only Apple has a chance at creating in a cohesive way, which is why I remain optimistic about Marzipan.

Whatever the outcome, the ride should be fun. Bring on WWDC!