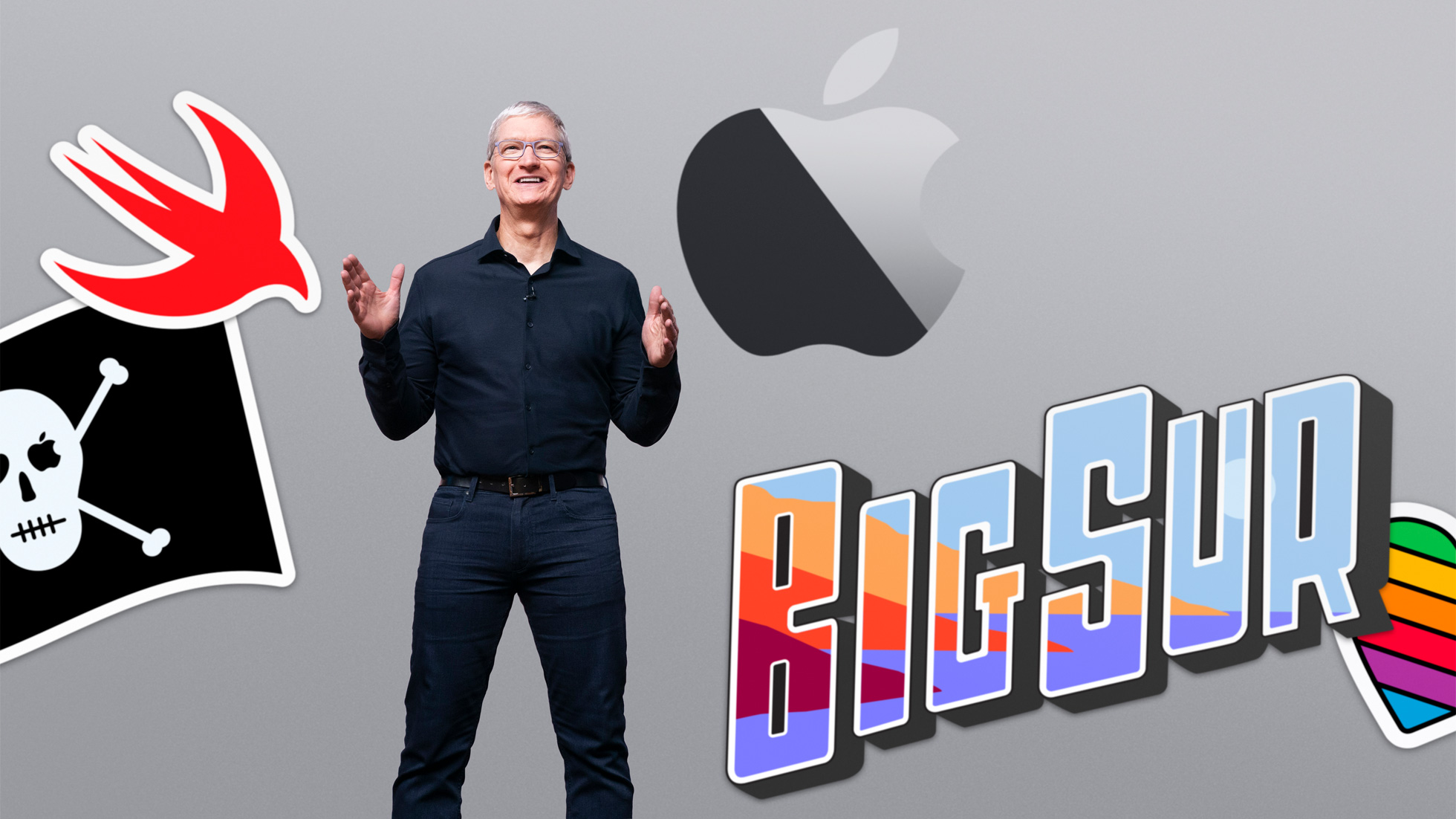 WWDC week is always full of big and small announcements about Apple’s core software platforms. Monday’s keynote only has time for sharing a limited number of details, however, so as the week goes on many new discoveries are made as developers and writers delve into the first beta OS releases themselves. As a result, we always have a roundup of new things to share midway through the week. So today, on top of everything detailed in our overviews of iOS and iPadOS 14, watchOS 7, macOS Big Sur, and tvOS 14, here’s an assortment of extra goodies that will be arriving on your devices this fall.

Back Tap. An exciting new option hidden in Settings ⇾ Accessibility ⇾ Touch ⇾ Back Tap enables setting custom actions that trigger when you double-tap and/or triple-tap the back of your iPhone. Available actions you can configure include going Home, opening Control Center, triggering Undo or Siri, taking a screenshot, or even running a shortcut from the Shortcuts app. 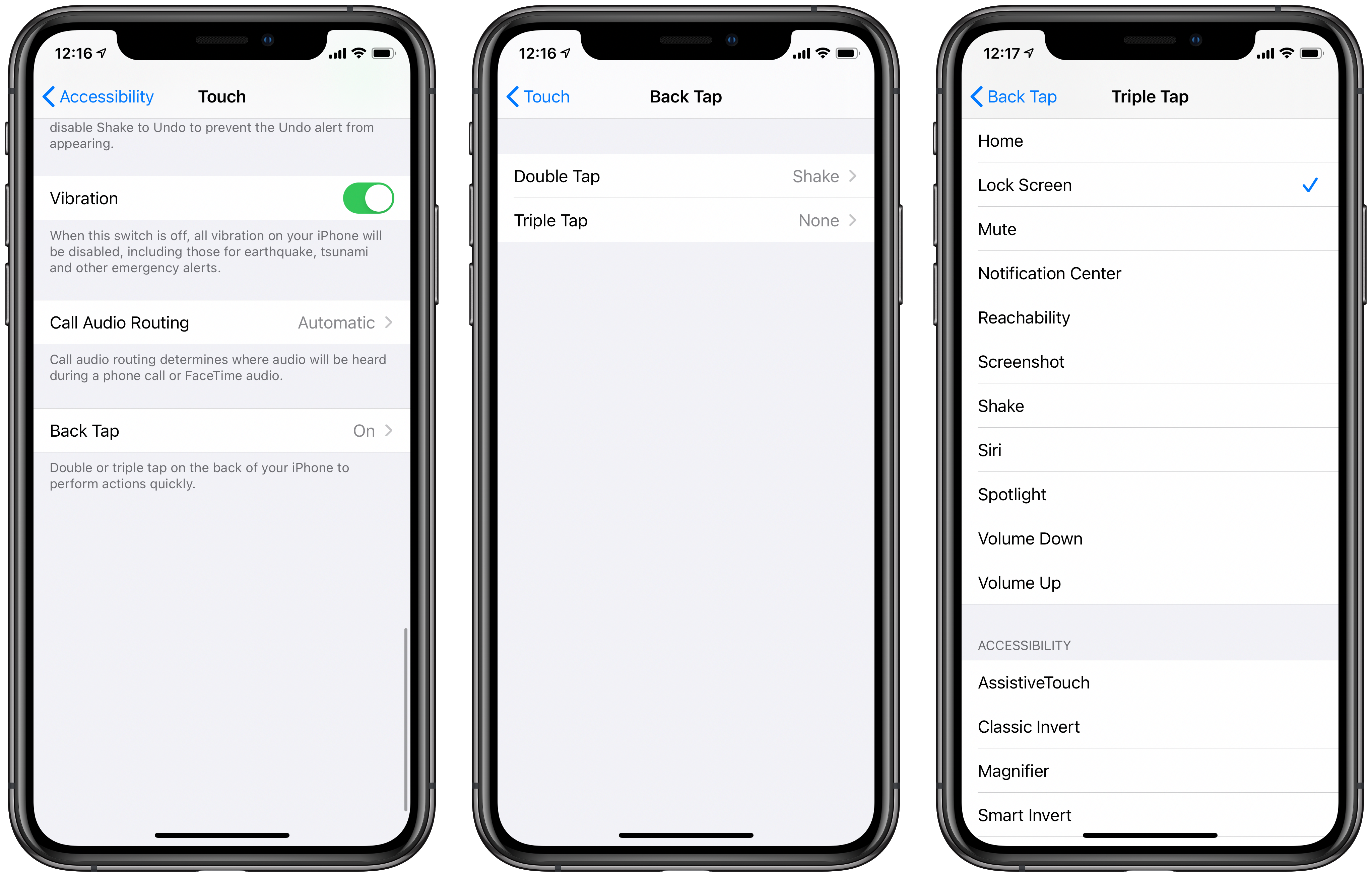 Setting up your Back Tap actions.

New date picker. At long last, the scrolling date picker is gone, replaced by a much more effective calendar view. 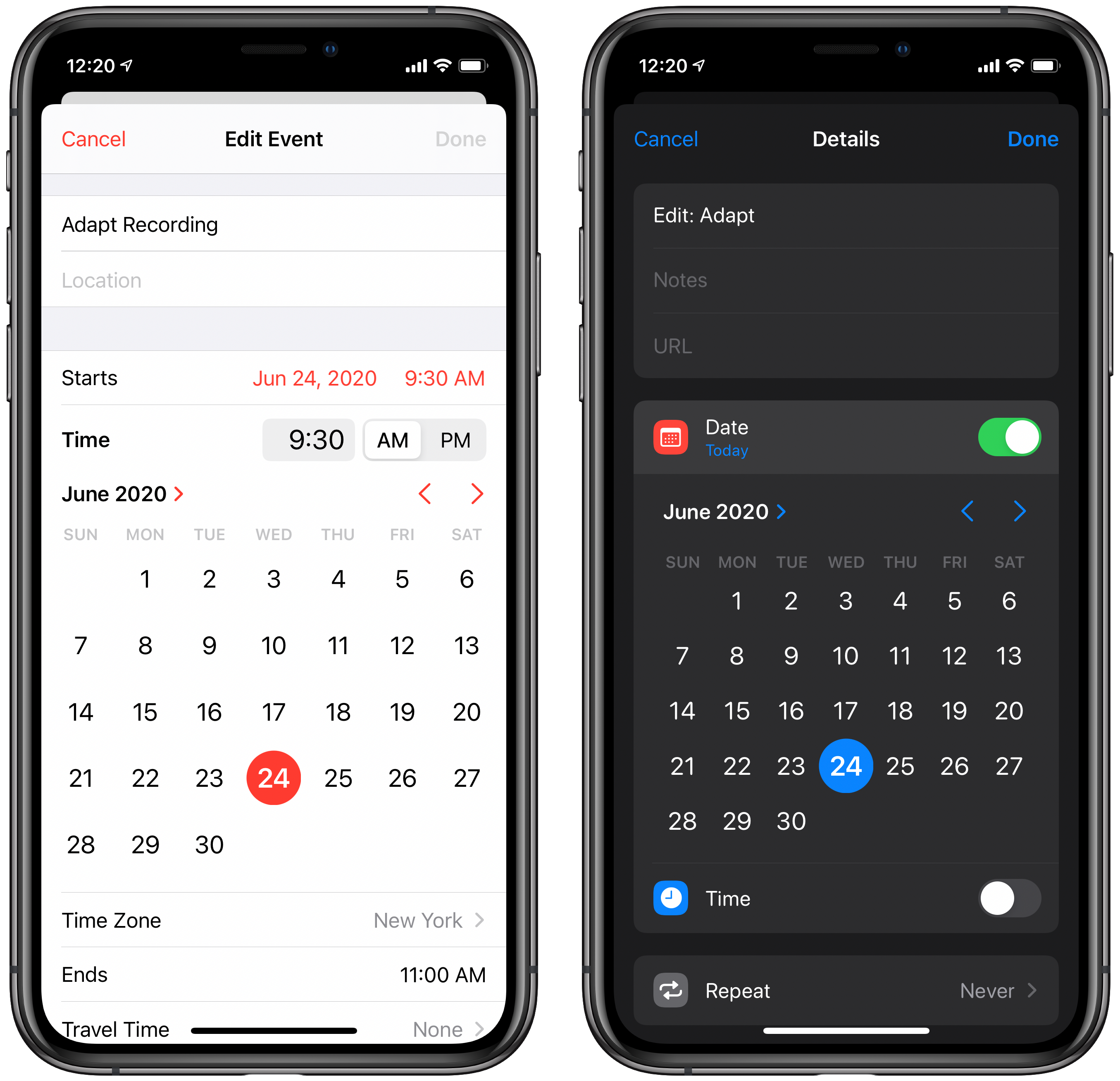 The new date picker is a thing of beauty.

Third-party Find My integration. Though the existence of Apple Tags, the long-rumored Tile competitor Apple reportedly has in its pipeline, has yet to be confirmed, a related announcement came at the State of the Union when Apple shared that third-party tracking accessories can be integrated directly with the Find My app.

You can run shortcuts by time of day with no confirmation needed in #iOS14! @viticci @cgpgrey pic.twitter.com/A6v8sDFUE6

FaceTime enhancements. FaceTime on the iPhone has a new feature that makes it appear as though you’re looking directly into the camera even when you’re actually viewing the screen to see the other person. This feature was introduced in a previous beta release of iOS then removed, so we’ll have to wait and see if it makes it into the public version of iOS 14.

Additionally in FaceTime news, users speaking in sign language will now automatically have their FaceTime window made prominent, similar to what happens when verbal words are spoken.

In iOS 14, FaceTime can now recognize when someone is using sign language and make them prominent in a group call. Very cool. #WWDC2020 pic.twitter.com/lYWuNW21bL

Car key limitations. Car keys will only work on select modern devices, according to Apple’s website, including the iPhone XS and newer, and notably the Apple Watch Series 5 but not the Series 4.

Game Center updates. This is a big year for Game Center, which is getting some much-needed love in the areas of an upgraded UI and new features. 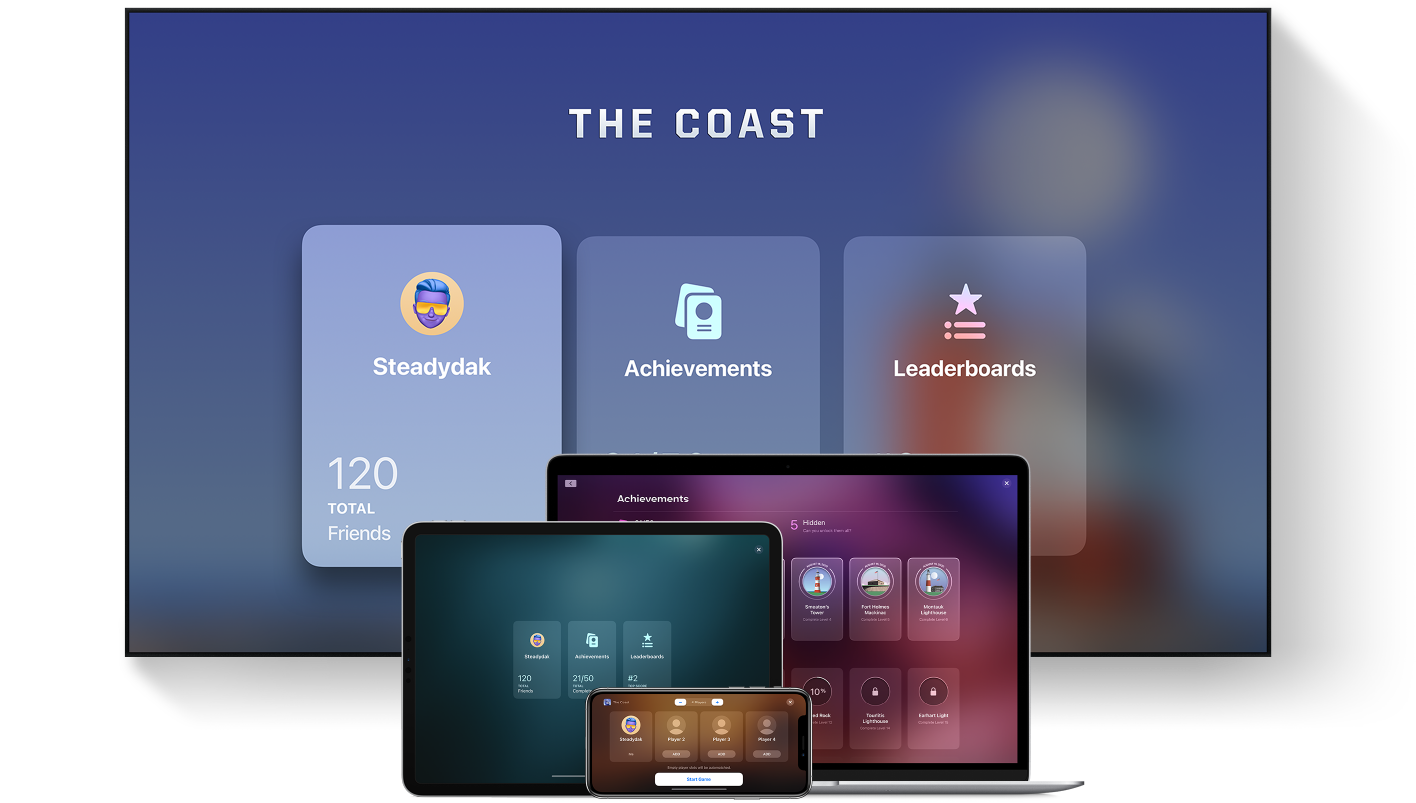 New status alerts. Both iPhone and iPad will now alert you whenever an app accesses the system clipboard. In most cases this will serve as a simple confirmation of an action you performed, such as manually hitting Command-V to paste. In other cases, however, you’ll be notified about apps accessing the clipboard that perhaps shouldn’t be. A similar-styled new alert confirms when a pair of headphones connects to your device.

The new alert when headphones connect.

Goodbye Force Touch. Apple is officially dropping support for Force Touch in watchOS 7, following the pattern set by dropping 3D Touch in the latest iPhones. In guidance for Watch developers, the company writes:

In versions of watchOS before watchOS 7, people could press firmly on the display to do things like change the watch face or reveal a hidden menu called a Force Touch menu. In watchOS 7 and later, system apps make previously hidden menu items accessible in a related screen or a settings screen. If you formerly supported a long-press gesture to open a hidden menu, consider relocating the menu items elsewhere.

They’ve also dramatically sped up animations in watchOS, so everything feels faster than before. pic.twitter.com/hhQwdQBSAp

Watch charge status. Technically this is an iOS 14 feature, but it’s applicable only to Watch users: now your iPhone will send you a notification when your Apple Watch battery is fully charged, a feature I’ve wanted for years.

Screensaver censoring. For the first time, Apple is offering more granular controls over the types of screensavers you’ll see on your Apple TV. You can manually enable or disable the Landscape, Earth, Underwater, or Cityscape screensavers. This is a nice step in the right direction, but I wish I could disable individual screensavers rather than whole categories of them – I like many of the Underwater options, but certain ones are terrifying.

App Review changes. Following a very public app review controversy last week, Apple has introduced two changes to its review process, one of which enables challenging a review guideline, while the other enables bug fix releases to be approved even if there’s an outstanding guideline violation.

Using the U1 chip. The mysterious U1 chip found in the iPhone 11 line is finally starting to be put to use, and developers can take advantage of it through the new Nearby Interaction framework.

Every major software release contains plenty of tweaks and smaller features to discover, and beta versions bring their own changes all throughout the summer. As a result, there will likely be more things worth noting in the weeks ahead, especially leading up to the release of public betas in July. Until then, though, we’ll continue playing around with everything new and making notes for future coverage.