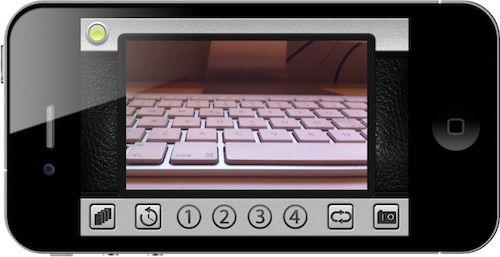 Remember when Camera+ was removed from the App Store because the developers hid a feature in it that allowed you to snap pictures using the iPhone’s volume buttons? Apple didn’t want that and as far as I know they’re still going against apps that modify iOS’ standard functionalities such as volume adjustment. But then why is there an app in the App Store that lets you do just that? Quick Snap, available at $1.99 and released two weeks ago, enables you to take pictures using the physical volume buttons. I just bought the app and it works.

Not only does Quick Snap take pictures with the “+” volume button, it also triggers a timed shot with the other button. I don’t know how this app made its way into the App Store, also considering how much the developers promote the feature on the app’s description page. But other than that, the app isn’t really great. It’s got a less than decent UI and its animations when changing from portrait to landscape mode are slow. It saves pics to the camera roll, but it hasn’t got basic camera features such as zoom or tap to focus.

But hey, it’s got the volume buttons thing. If $1.99 is a good price for such functionality, then go ahead and buy it before Apple pulls it. I’m just surprised the App Review Team missed this one.

Update: And just as we expected, the app is gone. It wasn’t that great anyway.