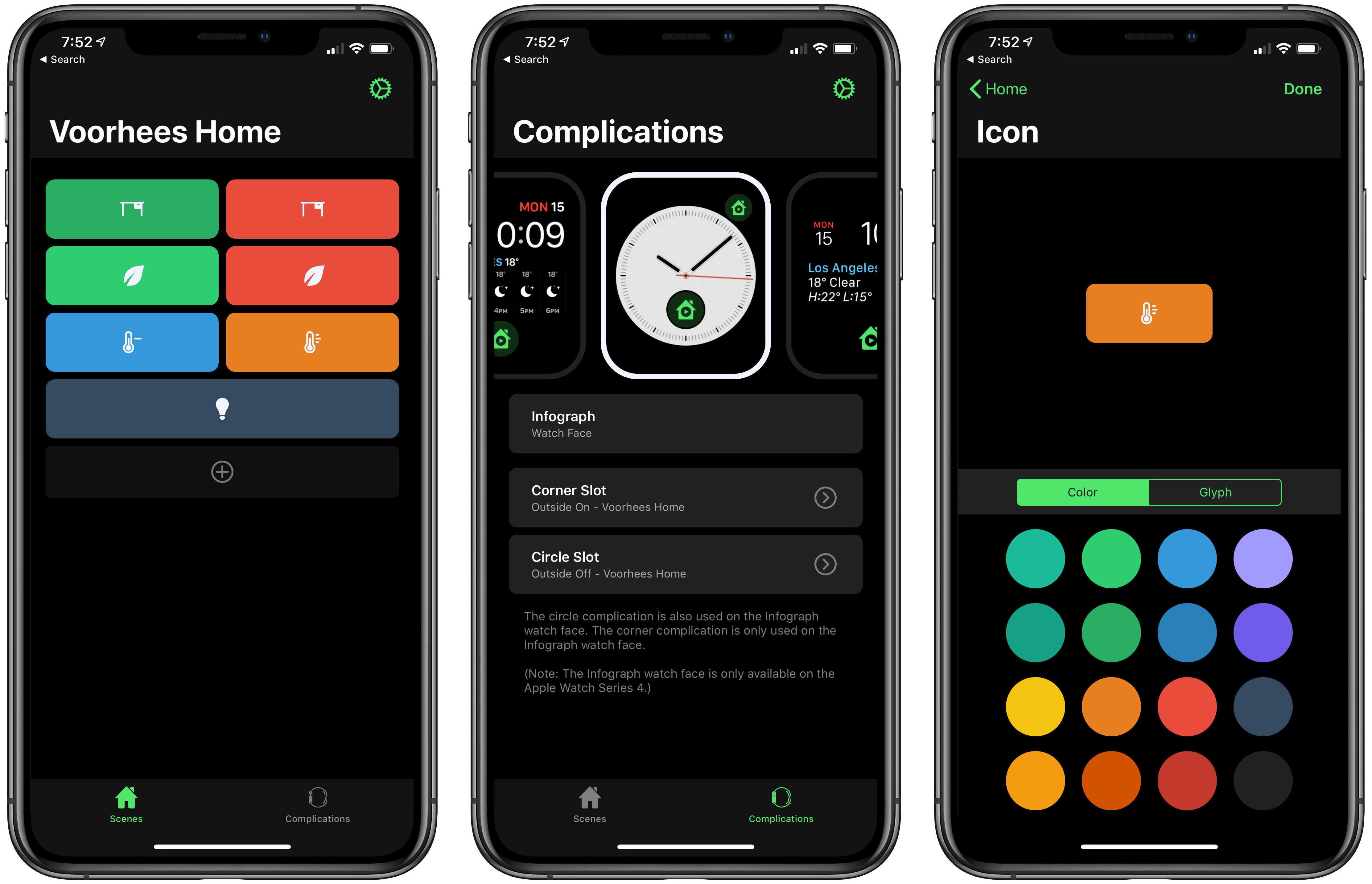 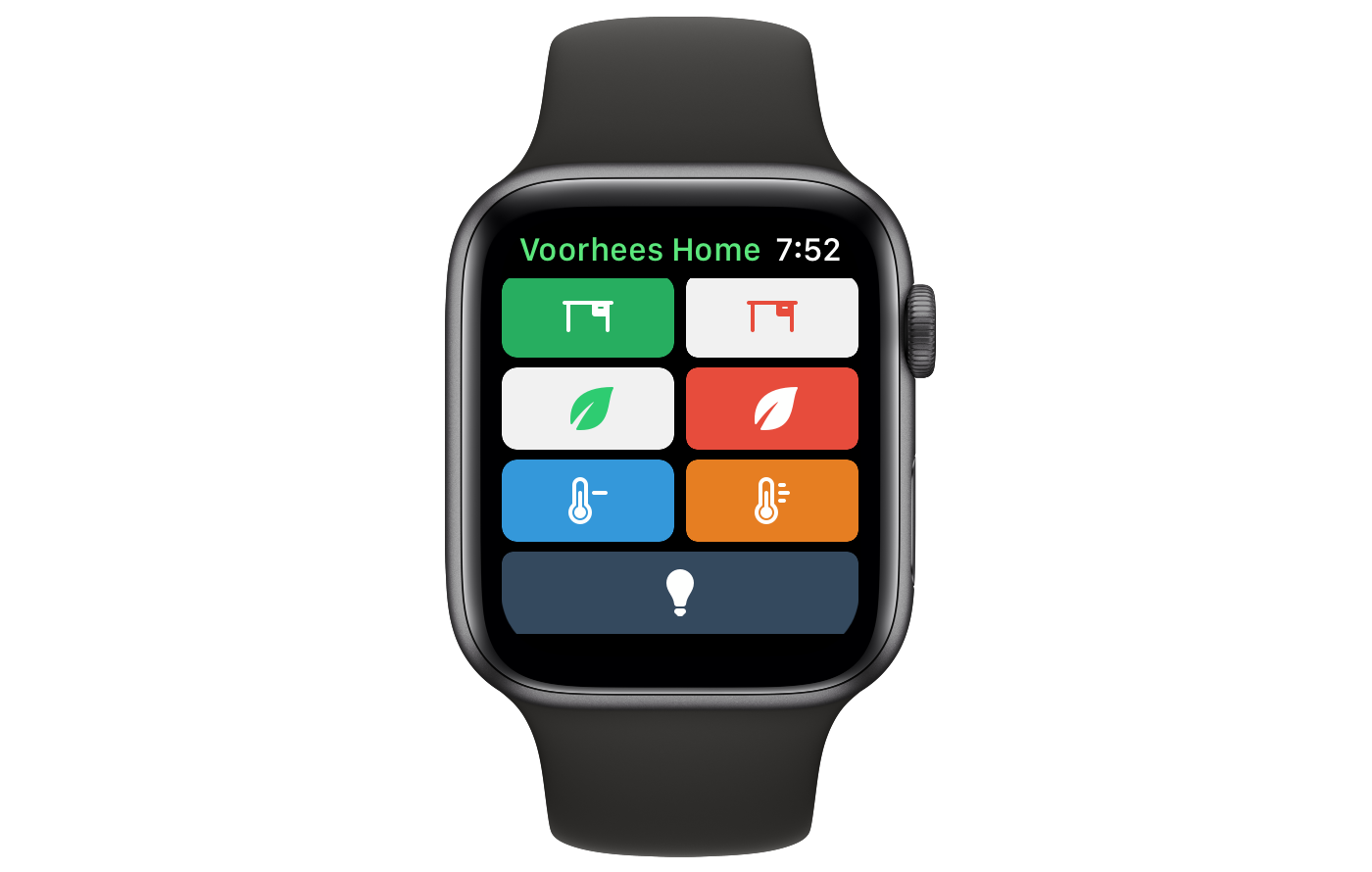 Scenes are added to the Watch from HomeRun’s iOS app. The plus button allows you to choose from any of the scenes you have in the Home app. Once added, tap on a scene’s button to change its icon and color, or remove the scene from HomeRun. You can also rearrange the buttons by long pressing and dragging them around, creating a grid with rows of 1-3 buttons each. On supported devices, HomeRun responds with a satisfying bit of haptic feedback as you move buttons around. In my testing, the changes I made in HomeRun’s iOS app showed up almost immediately on my Apple Watch. 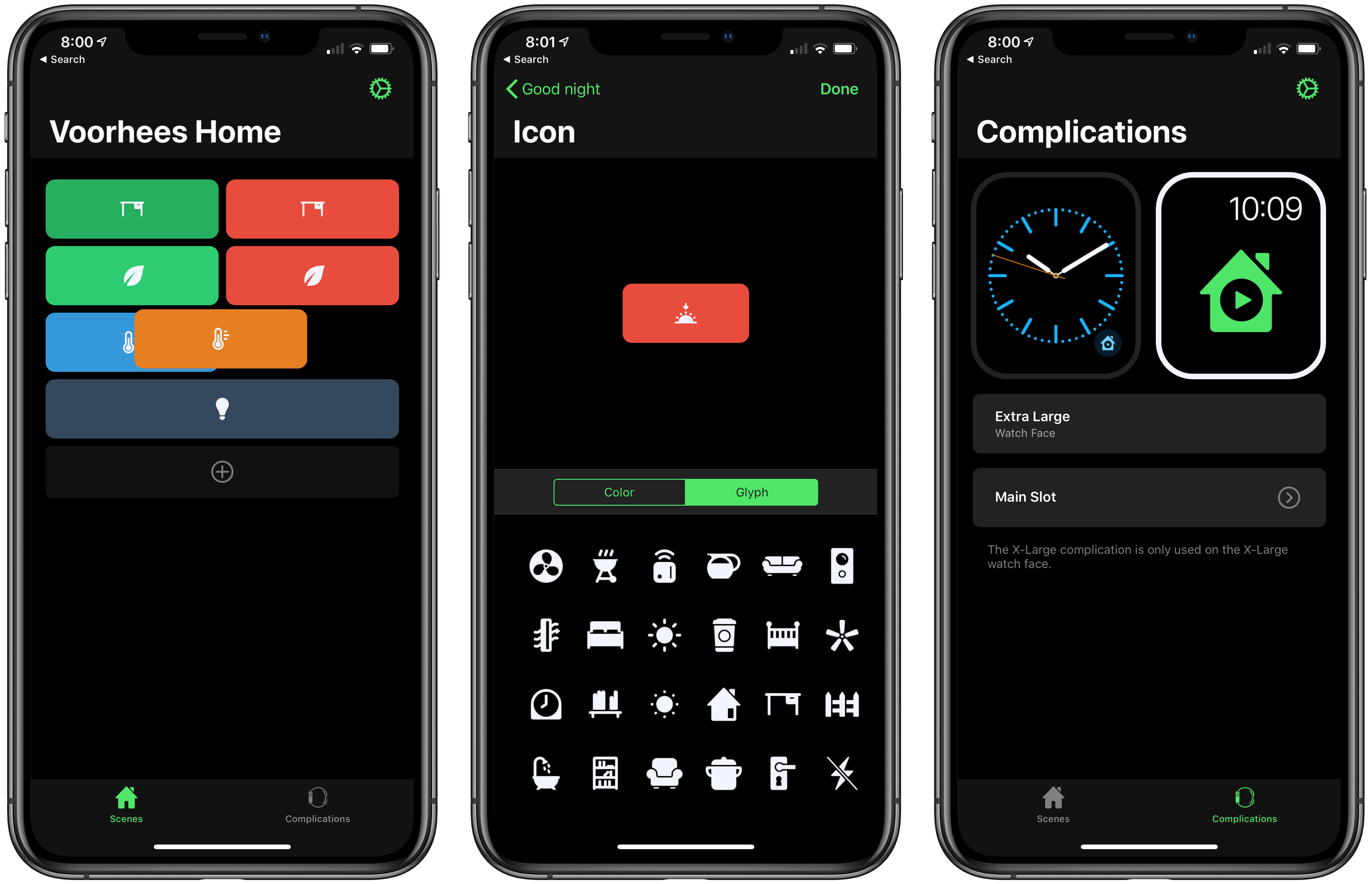 HomeRun also includes customizable Watch complications. Each of the different types of complications supported by HomeRun can be associated with a different scene. For example, on an Infograph face, I added a corner complication to run my ‘Outside On’ scene, which turns on lights on my garage and above the back door. A circular complication on the same face triggers a scene that turns the lights off. I could do the same thing with Siri, but tapping HomeRun’s complications has been more reliable and is fast, which makes it an excellent alternative.

You can also run scenes from the main Watch app. Although 12 buttons sounds like a lot to have on an Apple Watch screen at once, in practice, I’ve found the buttons are large enough to be easy to tap. Scenes that are currently activated are highlighted with an inverted color scheme. Force pressing on the Watch screen lets you switch homes if you have more than one location set up in the app. 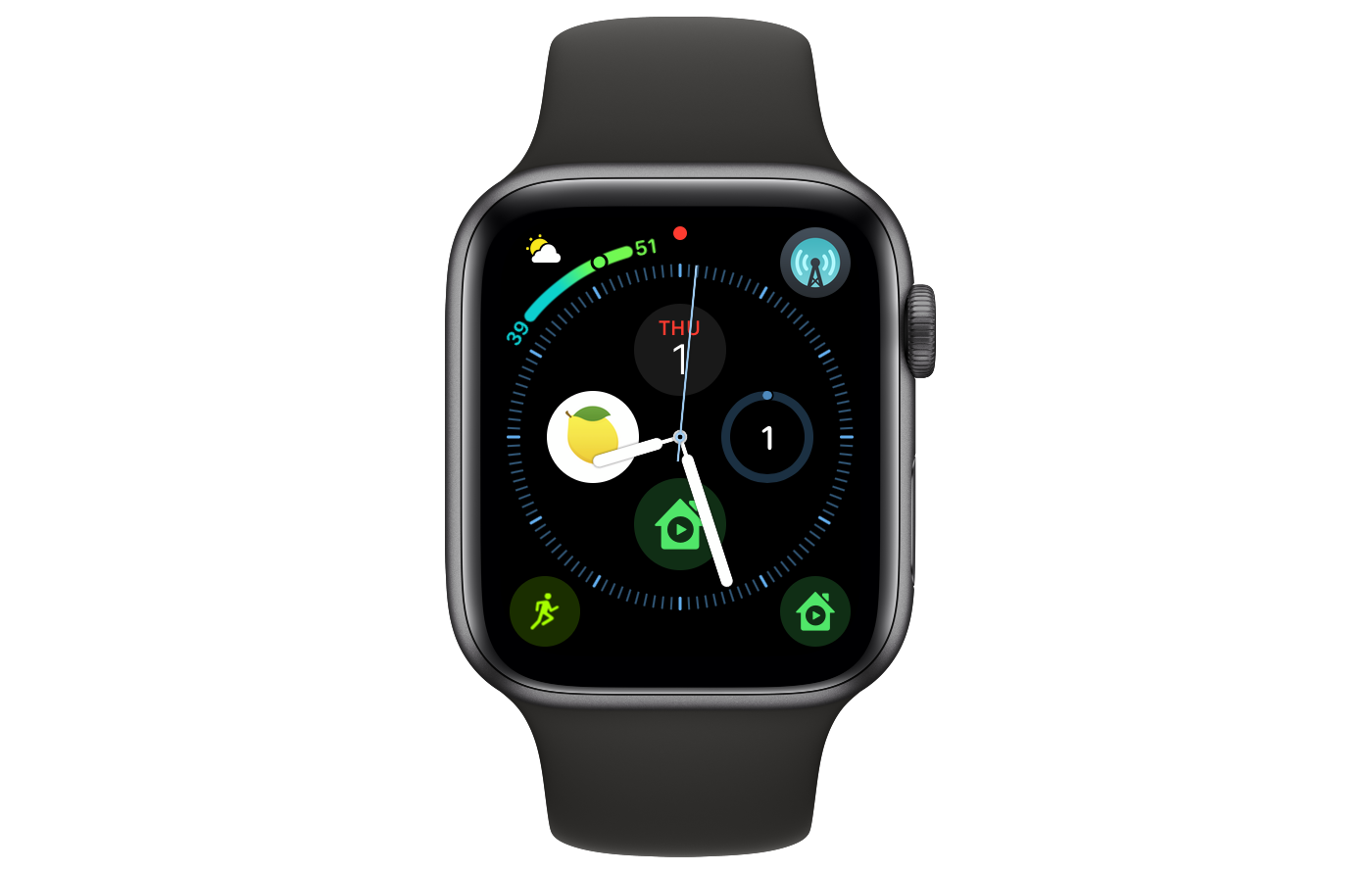 To test HomeRun, I added a few of my most-used scenes. I have pairs of scenes for turning the lights on and off in my studio and outside my home. For those, I use green for turning the lights on and red for turning them off. The studio scenes are identified with a desk icon because that’s where I work, while the outdoor lights use a leaf icon. I also have a pair of scenes that turn the heat down when I’m away from home and return it to the usual setting – these use blue and orange with thermometer icons to show how each affects the heat. The final icon is a light bulb against a gray background for dimming the lights in our living room.

There’s no text on the buttons to tell me which is which, but the use of color, icons, and placement of the buttons is plenty to help me distinguish them from each other. Better yet, all seven of my scenes fit on my Watch’s screen at once with room to spare, and I can access my most frequently used scenes as complications, making HomeRun far more usable than Apple’s Home app.

HomeRun succeeds by not trying to do too much, and through a thoughtful design that allows users to handle scenes quickly and efficiently with minimal interaction. If you are using HomeKit devices and have an Apple Watch, try HomeRun; it’s become one of my favorite ways to trigger scenes.

HomeRun is available on the App Store for $2.99.