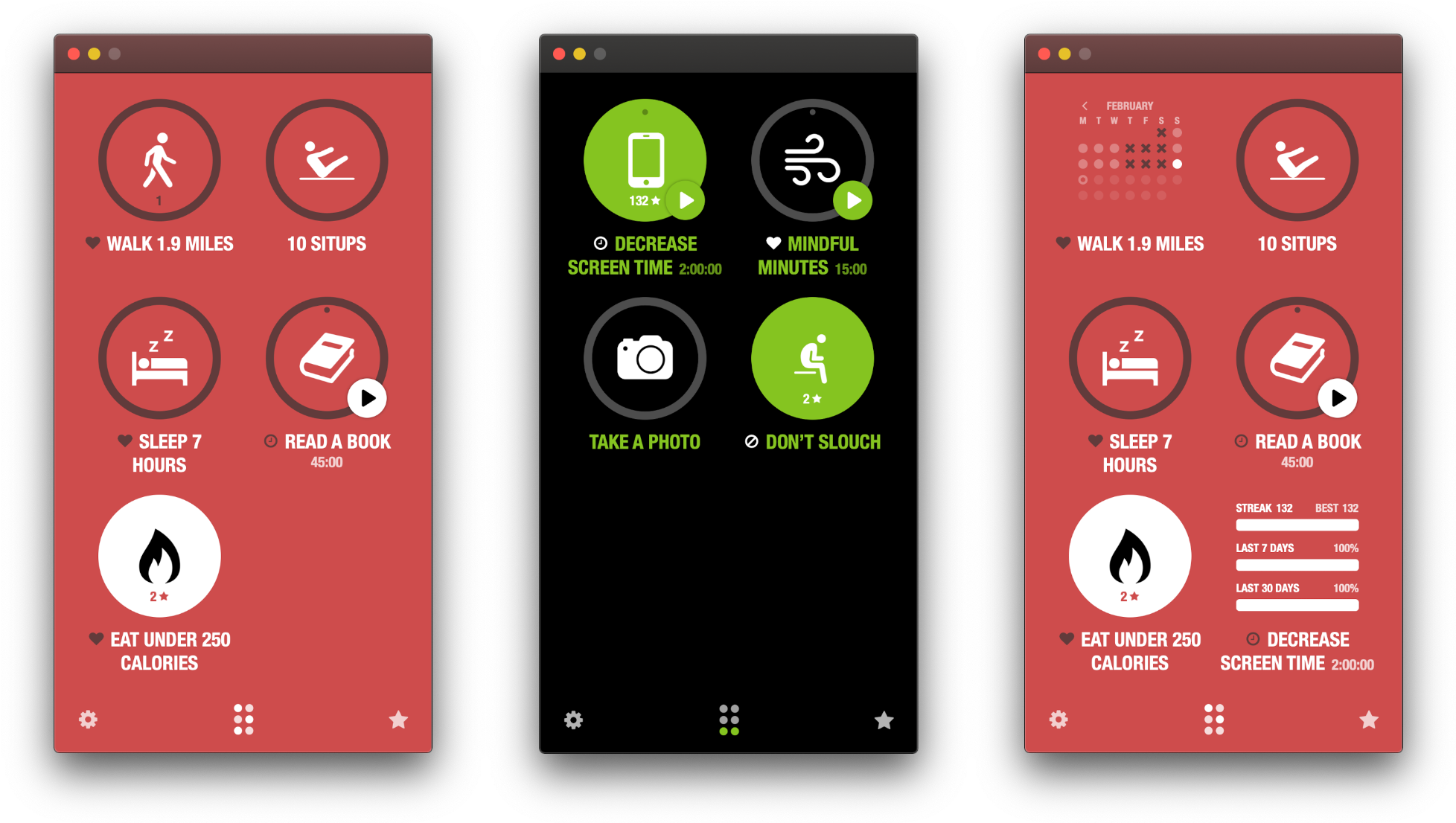 I’ve used Streaks on and off since its introduction. The app is a fantastic way to track and establish new habits. When it was launched, Streaks was iPhone-only. Since then, however, the app has added iPad support, an Apple Watch companion, Health app and Shortcuts integrations, new customizations, and other features, all while maintaining its distinctive, brightly-colored UI and fantastic iconography.

Today’s update adds Mac support to the mix via a brand new Catalyst app. There are a few differences between the Mac app and its iOS and iPadOS counterparts, but if you already use Streaks on an existing platform, the nearly-identical Mac version will feel familiar immediately. 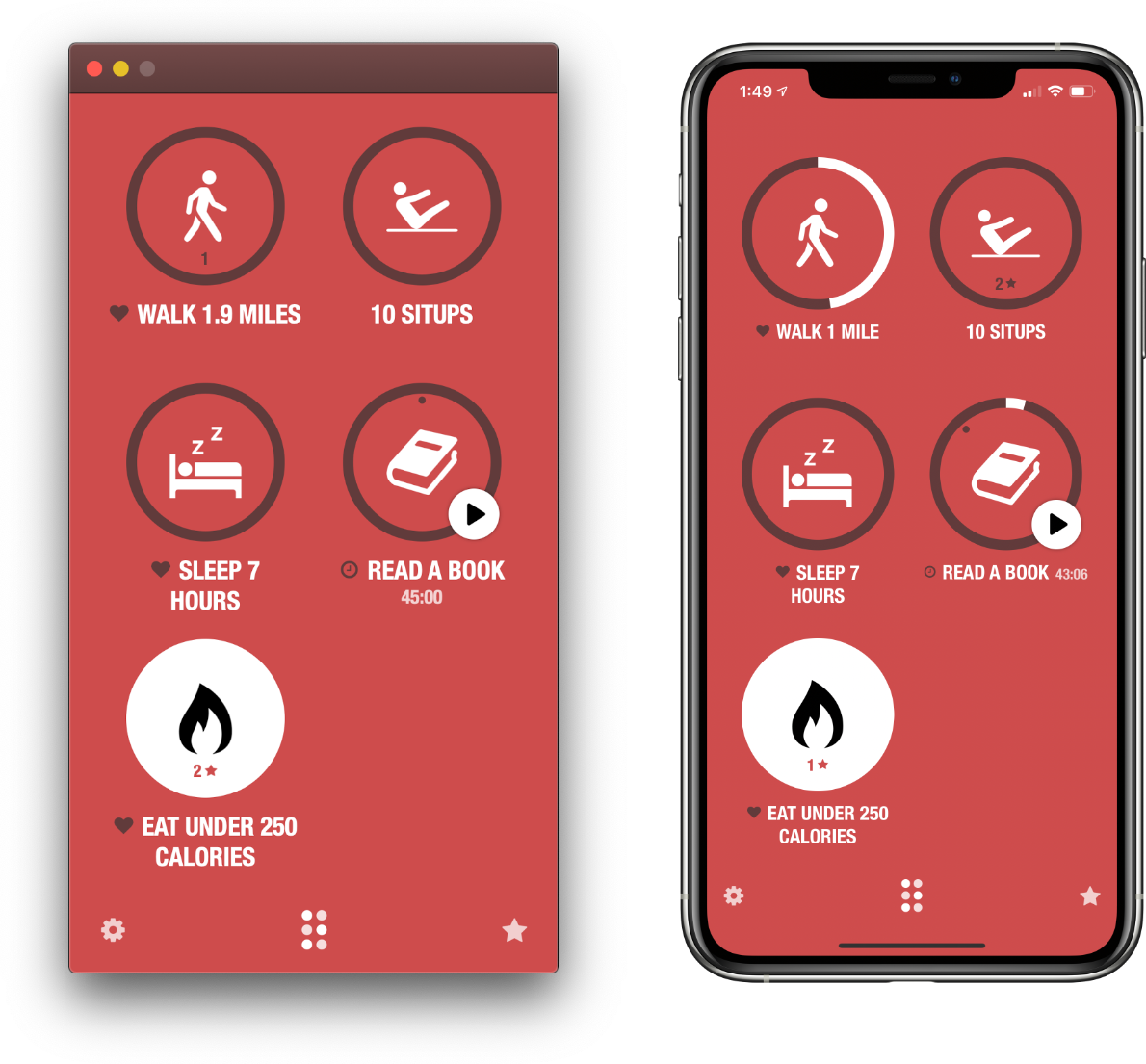 iPhone screenshot scaled down for easier comparison with the Mac app.

By the same token, newcomers who discover Streaks on the Mac may have a hard time adapting to the app’s approach. Modal views that slide into place from the bottom of the screen like an iOS app, ‘Done’ buttons and custom controls to close views, and fixed window dimensions aren’t design elements typically found on the Mac.

Coming from using the iOS app, though, the only place I found things hard to get used to was the ‘long click’ that replaces a long press on iOS and iPadOS for completing a task or entering editing mode, for example. On balance, though, I think Streaks’ long history and large audience on iOS largely negate the downsides of its atypical interactions. All the core features of Streaks on iOS and iPadOS are available on the Mac too.

By and large, the functionality of the Mac version of Streaks is the same as the iOS and iPadOS versions. However, as you would expect, platform-specific settings that don’t make sense on a Mac, like Face ID and management of the Apple Watch app, are missing.

iCloud sync works well overall, too, syncing habit data, but not settings, running timers, and themes, which is also the case on the iPhone and iPad. However, I’ve noticed in my testing that the Mac version of Streaks is occasionally slow to update with changes from iOS. Even so, the two versions didn’t stay out of sync long since the apps coordinate their data every time the Catalyst app is reopened.

Streaks is a fantastic addition to the Mac by virtue of its nature as an activity tracker. It’s an app that fills a gap. If I don’t have my iPhone nearby, there’s a very good chance I’m working on my Mac or iPad. The inclusion of a Mac version of Streaks, like the iPad support that came before it, reduces the friction of tracking a new habit I’m trying to form, giving me even fewer excuses not to keep on top of my goals. As a result, even though I don’t expect to use the Mac app as often as Streaks on my iPhone, I’m glad I have that option now.

For more on Streaks, check out my reviews of the original app, as well as versions 3 and 4. Streaks for the Mac is available on the Mac App Store for $4.99.