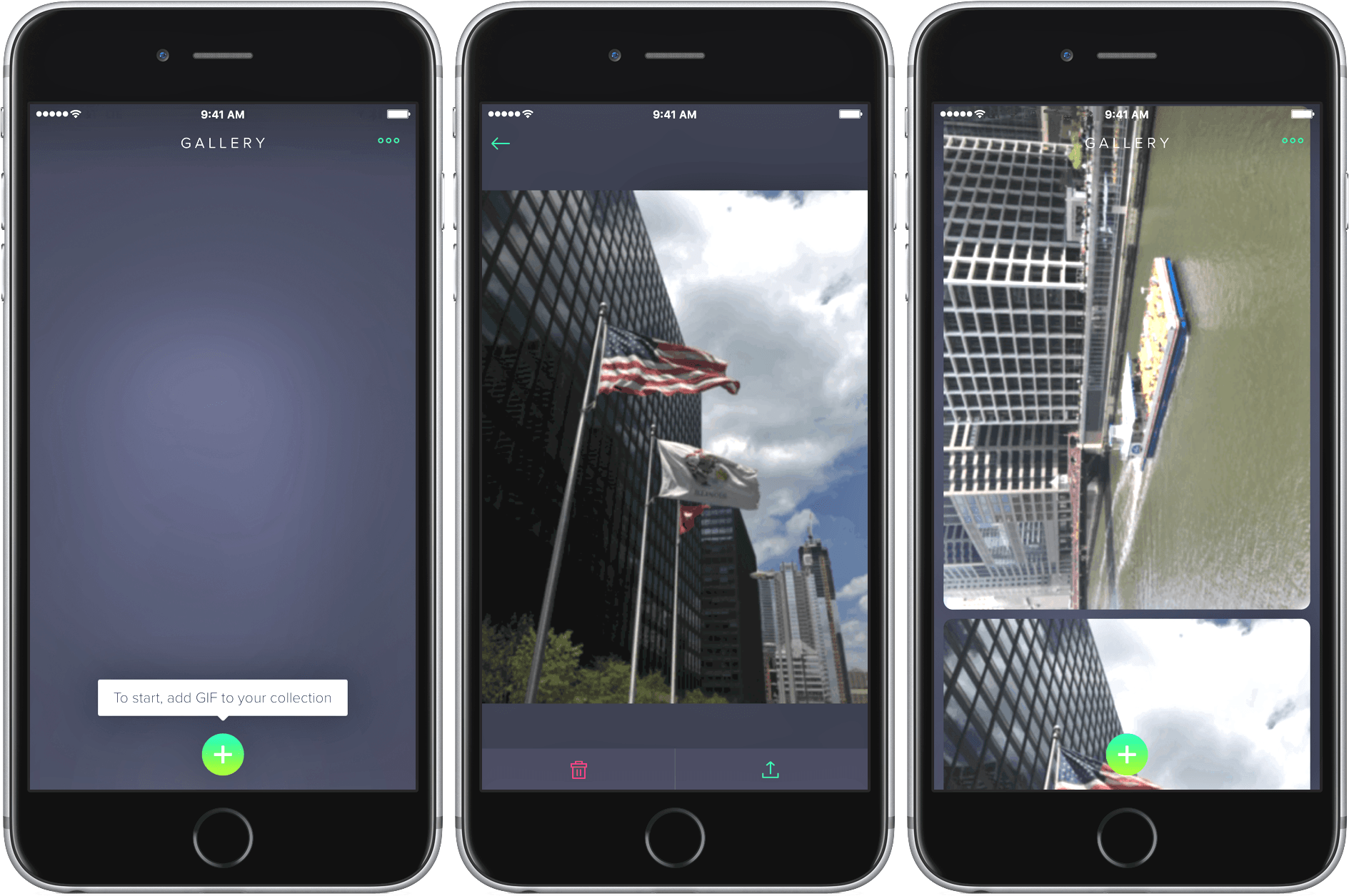 Gifstory makes capturing your own GIFs easy by imposing constraints. One of the difficulties with GIFs is that there are lots of variables that impact how big they are and how good they look. I like GIF Brewery on the Mac, but it is easy to get caught up in tweaking those variables endlessly, trying to get a GIF that looks perfect. Gifstory, which is iPhone-only, eliminates the fiddling by imposing limits that work. Point your camera at something, press and hold the capture button, and you can capture a 320 × 426 or 320 x 320 GIF up to sixty frames long.

Gifstory opens to a gallery view of GIFs you have previously filmed. Of course, this is empty when you first open the app. Tapping the green ‘+’ button at the bottom of the gallery opens a camera view with a record button that you tap and hold to film a GIF. The camera view also lets you turn on the flash, show a three-by-three grid overlay, switch to the selfie camera, and switch recording from a rectangular to a square frame.

After you pick which direction you want your GIF to play, tap the checkmark button. The next step lets you apply filters to your GIF, some of which can be downloaded for free and others which require an in-app purchase from a store that is accessible from the gallery view. After you finish applying any filters, you again tap a checkmark button at which point you can share your GIF via social networks, save it to your photo library, or send it anywhere else that accepts GIFs via a share sheet. When you are finished sharing, tap ‘Done’ and you are returned to the initial gallery view where your new GIF is saved. Tapping on a GIF in the gallery gives you the option to delete it or share it. You can also share by swiping a GIF from right to left.

Some of Gifstory’s filters are a little crazy.

Overall, I like Gifstory, though the design of its interface is a little unusual for an iOS app, which is probably a reflection of its Android roots. But by taking things like frame rates, color palettes, and number of frames out of the hands of customers, Gifstory makes taking a decent looking GIF much easier. My biggest complaint about Gifstory is that it pops up a modal alert requesting that you review it far too frequently. I don’t have an issue with asking people to review your app, but modal alerts are the worst way of doing so.

Gifstory is iPhone-only and is available on the App Store for $0.99. Additional filters that can be applied to your GIFs are available as in-app purchases.