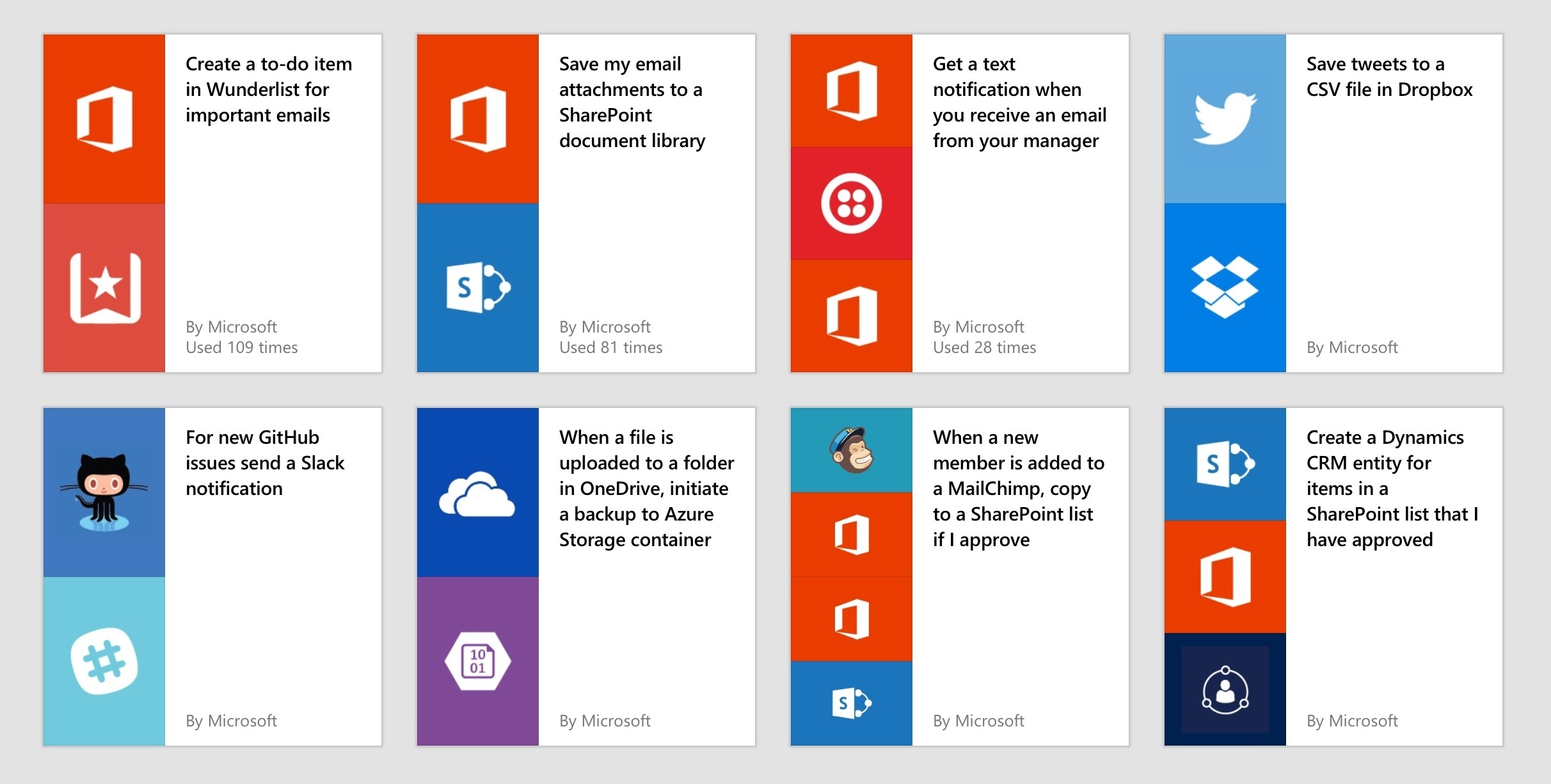 Microsoft has entered the web automation space with Flow, a new service currently in public preview that aims to connect multiple web apps together. Microsoft describes Flow as a way to “create automated workflows between your favorite apps and services to get notifications, synchronize files, collect data, and more”.

From the Microsoft blog:

I took Flow for a quick spin today, and it looks, for now, like a less powerful, less intuitive Zapier targeted at business users. You can create multi-step flows with more than two apps, but Flow lacks the rich editor of Zapier; in my tests, the web interface crashed often on the iPad (I guess that’s why they call it a preview); and, in general, 35 supported services pales in comparison to the hundreds of options offered by Zapier.

Still, it’s good to see Microsoft joining this area and it makes sense for the new, cloud-oriented Microsoft to offer this kind of solution. Flow doesn’t have the consumer features of IFTTT (such as support for home automation devices and iOS apps) or the power of Zapier (which I like and use every day), but I’ll keep an eye on it.