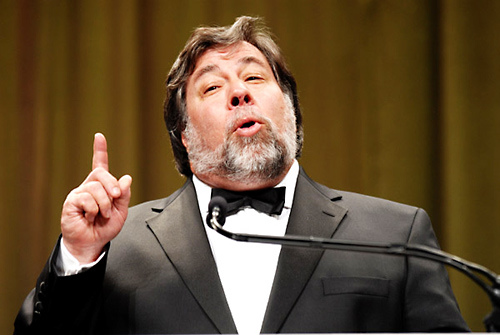 Steve Wozniak is that kind of guy who has no problems in saying exactly what he thinks. He co-founded Apple, but criticizing Apple and talking about the great features of Android OS isn’t a problem for him.

That’s exactly what happened in an interview with Dutch newspaper De Telegraaf: as Engadget reports, the Woz apparently revealed that Apple was collaborating with a “well-known Japanese consumer electronics company in 2004 to develop a phone that was ahead of its time”. That would be the iPhone that was released in 2007, and it’s interesting that Steve Jobs and his team had the thing ready in 2004 and decided to put it on the shelf for 3 years. Perhaps multi-touch wasn’t ready? Perhaps because of high manufacturing costs? Who knows.

The Woz also went on to say that iOS is great and a has “very few weak points”, and that the iPhone is leading in terms of quality. But as far as the race to the mobile OS dominance is concerned, Android will eventually win. Android has “more features”.

Even if he thinks Android will win and take over iOS in the long term, we all know the Woz is going to be there for the launch of the iPhone 5. And 6, and 7. And whatever follows. Heck, he might have even tried an iPhone 5 already.

Update: It turns out the Woz was misquoted. Talking to Engadget, he says he was only describing Android’s better voice recognition capabilities. He also says that almost every app he’s got is “better on the iPhone”

Read and listen to the whole truth on Engadget.