Now here’s an interesting rumor from All Things Digital. Apple sent invitations for a press event on September 1st to selected media outlets yesterday, and the speculation began about what Apple will announce next Wednesday. There are so many rumors and reports floating around one may think Apple is coming out with a new iPad next week. The invitation mail contains an acoustic guitar, just to confirm that - like every year - it’s a music-related event.

According to All Things D, Apple won’t launch “iTunes Cloud” next week, but a web-based version of the Store with revamped social capabilities. 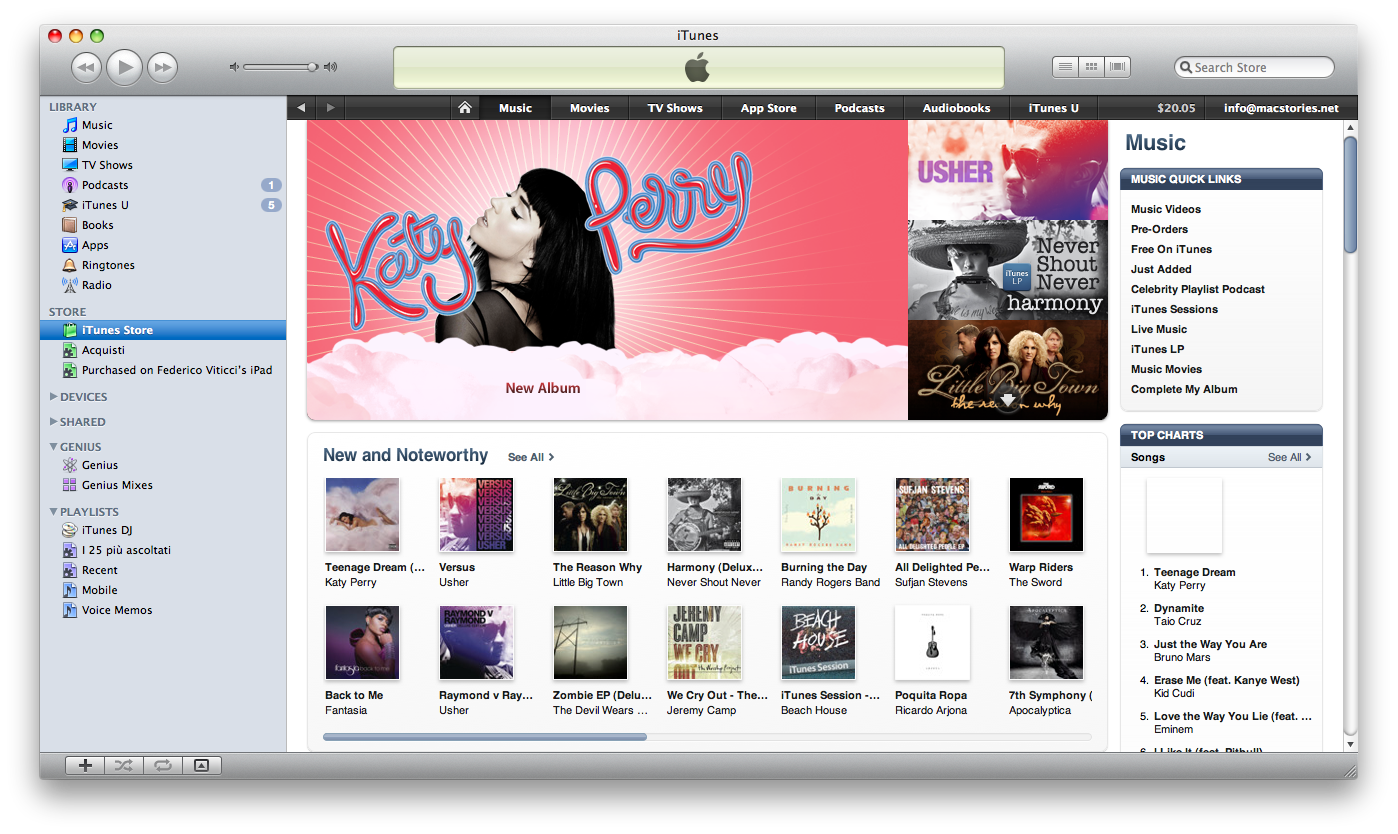 “But music executives say they do expect a big overhaul overhaul of the iTunes music store. And we could see that next Wednesday. Think social, not streaming.

Apple plays its cards close to the vest even with the music labels it works with, so the people I’ve talked to are making informed guesses. That said, music sources tell me they’re expecting a lightweight, Web-based version of the iTunes store. The new version would be designed to sync up easily with the rest of the Internet and make it much easier for customers to share their musical tastes (but not songs) with friends.

Sounds intriguing, especially considering that Apple’s web version of iTunes links (both for music and apps) are far from useful. You can’t browse the iTunes Store via a browser, and iTunes is becoming a too much crowded place to store all the user’s media and information. A web-based iTunes Store would make sense, but remember - Apple needs you to do everything in iTunes, the hub for iPods, iPhones and iPads. If this rumor is somehow true, I would expect a overhauled design for iTunes web-based previews, with social features and a recommendation system.