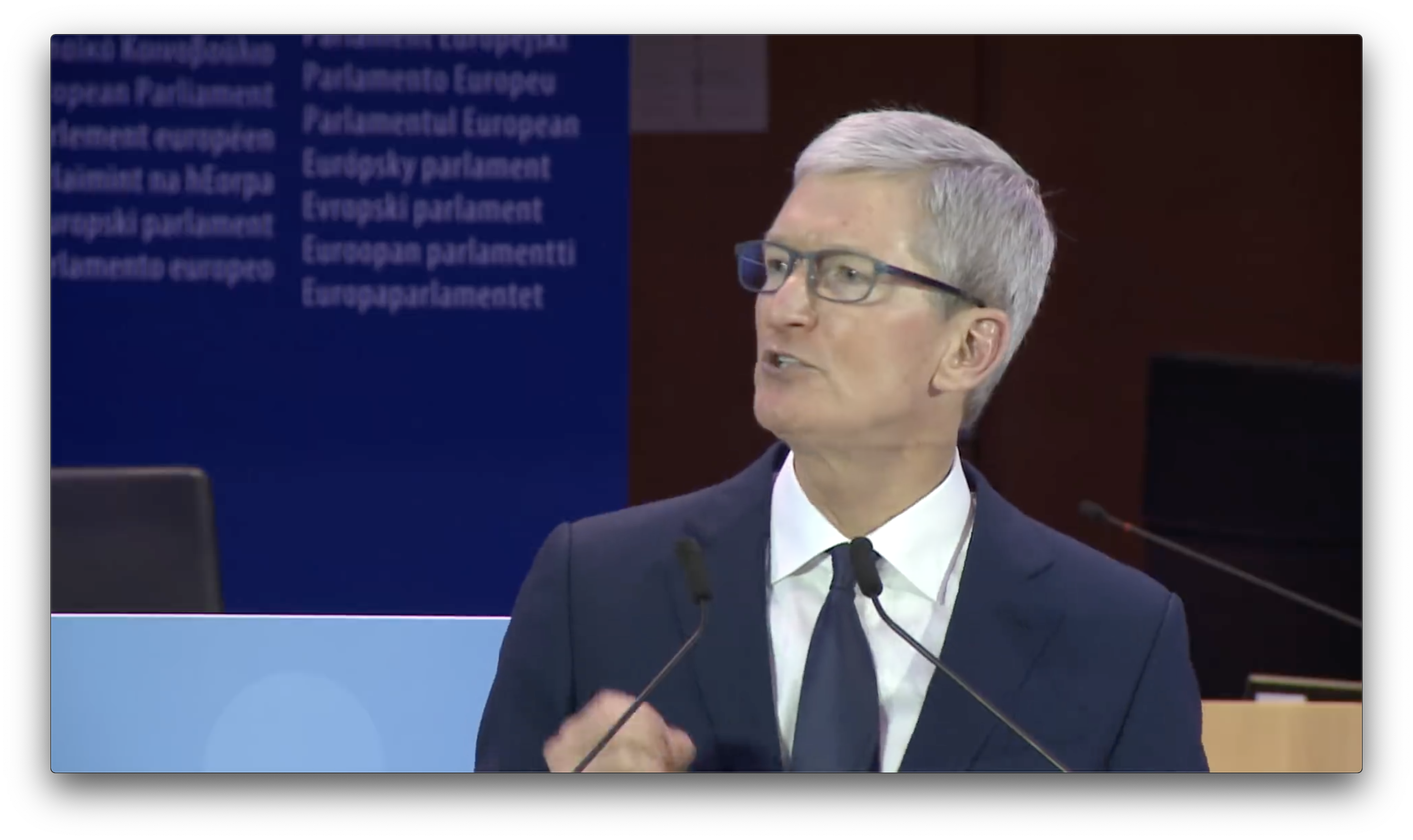 On Wednesday, Apple CEO Tim Cook spoke at the International Conference of Data Protection and Privacy Commissioners in Brussels. Cook, who has stated many times that Apple believes privacy is a fundamental human right, called for federal privacy legislation. As transcribed in Ars Technica’s post on the speech, Tim Cook said:

We at Apple are in full support of a comprehensive federal privacy law in the United States. There, and everywhere, it should be rooted in four essential rights: First, the right to have personal data minimized. Companies should challenge themselves to de-identify customer data—or not to collect it in the first place.

Third, the right to access. Companies should recognize that data belongs to users, and we should all make it easy for users to get a copy of, correct, and delete their personal data. And fourth, the right to security. Security is foundational to trust and all other privacy rights.

Cook also commended the European Union on its General Data Protection Regulation, which went into effect earlier this year.

The importance of privacy to Apple is reflected on its website, during public events, and elsewhere. As the amount of data collected about everyone increases and the methods for creating sophisticated profiles of people with that data become more advanced, providing consumers with the tools to make informed decisions about what they share and control that data has become increasingly important. These aren’t issues that Apple can solve on its own, but as one of the largest global technology companies, it’s heartening to see the company taking a proactive stance on privacy.