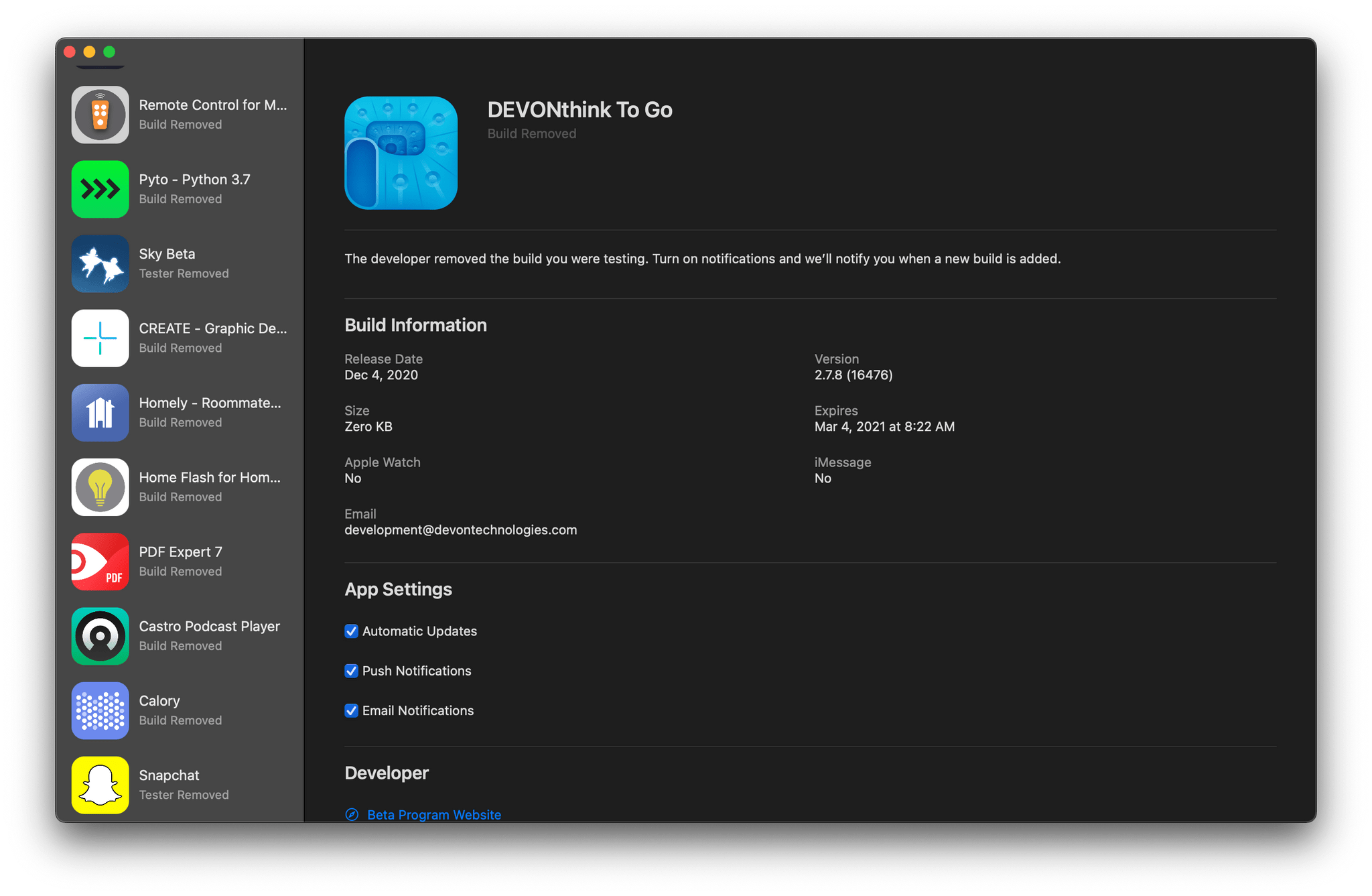 I’ve waited seemingly forever for TestFlight for Mac, so I’m pleased to report that a beta is finally available. The app was released late yesterday, so first thing this morning, I downloaded it and started testing.

Here’s what Apple’s developer news site has to say about its beta for testing betas: 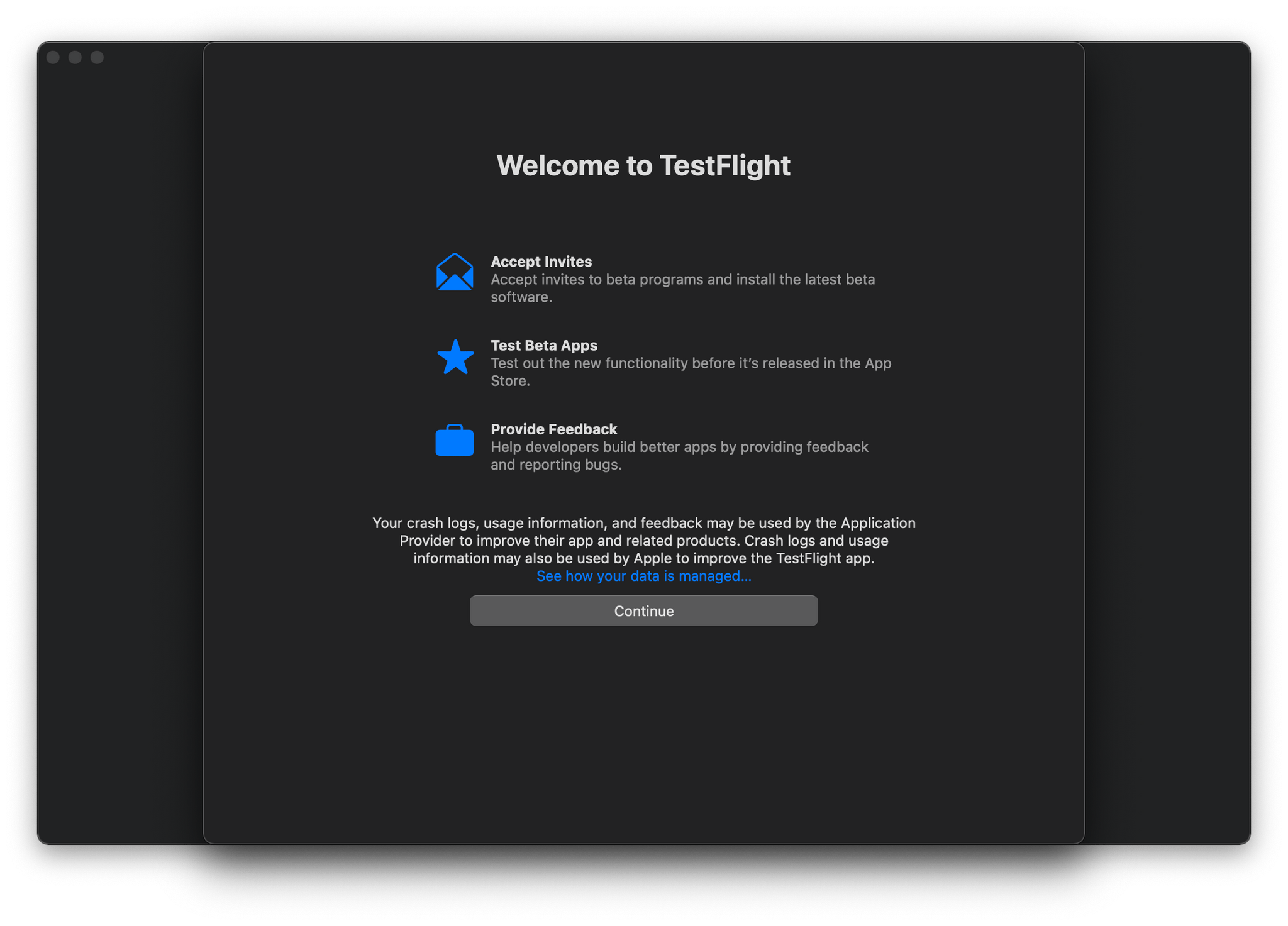 I haven’t had a lot of time to spend with TestFlight for Mac yet, but I was pleasantly surprised to find that it was already populated with a long list of betas. I downloaded a couple of iPhone and iPad apps that are compatible with Apple’s M1 Macs, and the process was as simple and straightforward as using TestFlight on iOS or iPadOS. That said, this is still clearly a beta. The sidebar lists every single TestFlight beta in which I’ve ever been enrolled regardless of whether it has expired or is compatible with my Mac. Also, there’s no way to sort or search through betas. Instead, the order of the sidebar list appears to be random.

Still, this is an excellent beta 1. The app works for installing betas and provides a quick and easy way to send feedback to developers. I expect TestFlight for Mac to be adopted quickly because it’s a much better way to manage a large group of testers and to distribute builds to reviewers.

If you have a developer account, you can download TestFlight for Mac from the Applications section of the Beta Software Downloads page.