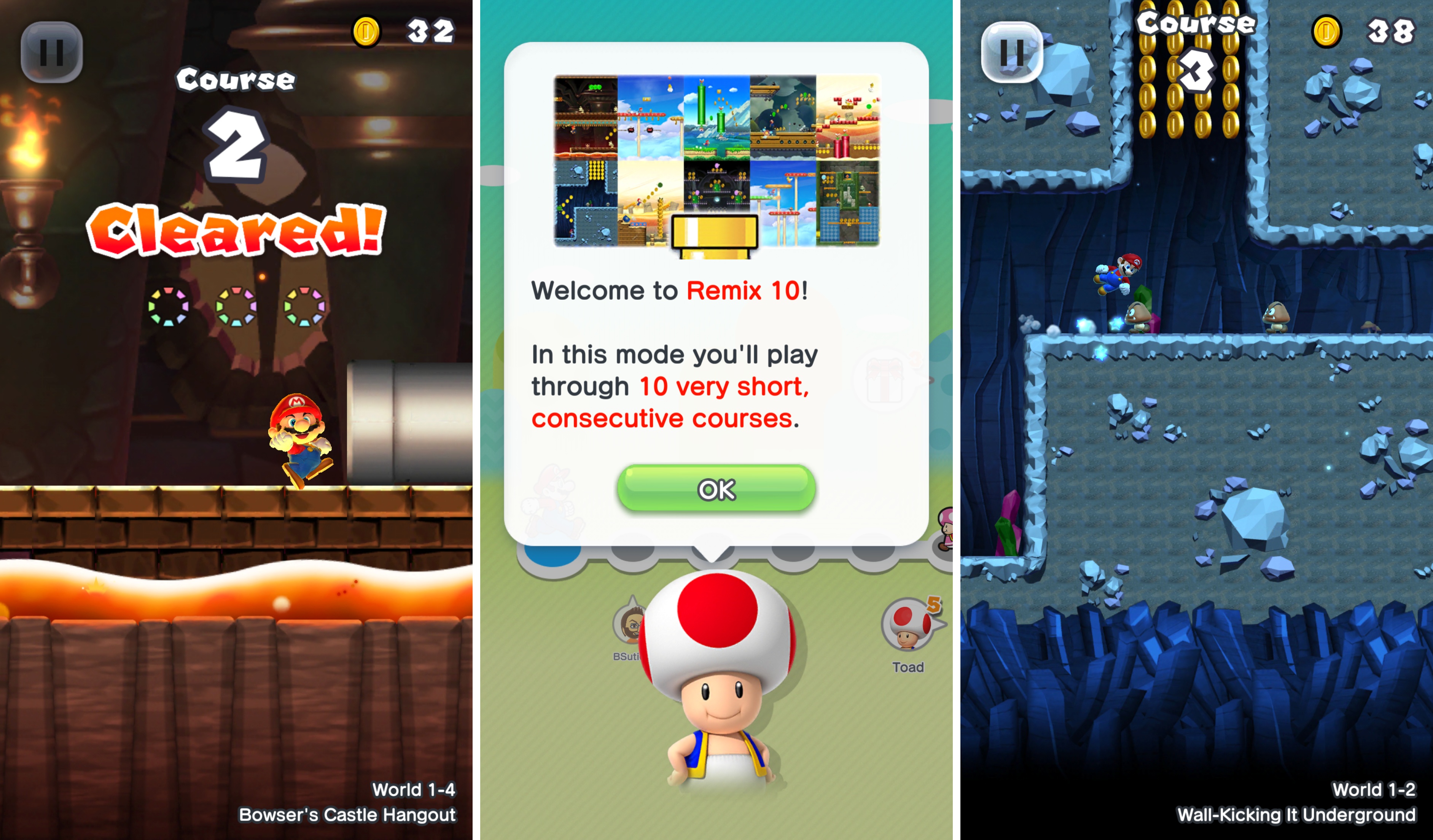 A major update to Super Mario Run, which, according to a feature on the App Store, was scheduled for release tomorrow, debuted a day early. The update features a brand new mode called Remix 10, a new World Tour course, and more.

The goal in Remix 10 is to find Princess Daisy by navigating 10 short courses that change each time you play. Regardless of whether you complete a level, you move onto the next until you finish all ten. There are new items in Remix 10 that you can collect to decorate your Mushroom Kingdom. Princess Daisy, who features a double jump ability, is also a playable character who is unlocked after playing through enough Remix 10 levels. The new mode is an interesting twist on the existing game that works well on mobile for when you may not have as much time to play or just want to practice the game.

A new World Star level has been added to World Tour mode that is accessible after you complete the first six worlds. World Star features all new courses like a forest and ship packed with coins.

There are other small enhancements to Super Mario Run too. For example, if you listen to music while playing, the characters will appear wearing headphones. Also, new buildings are available for your Mushroom Kingdom by playing Bonus Games in Remix 10.

Super Mario Run is available on the App Store. Through October 12th, the price of Super Mario Run’s In-App Purchase has been reduced from $9.99 to $4.99.