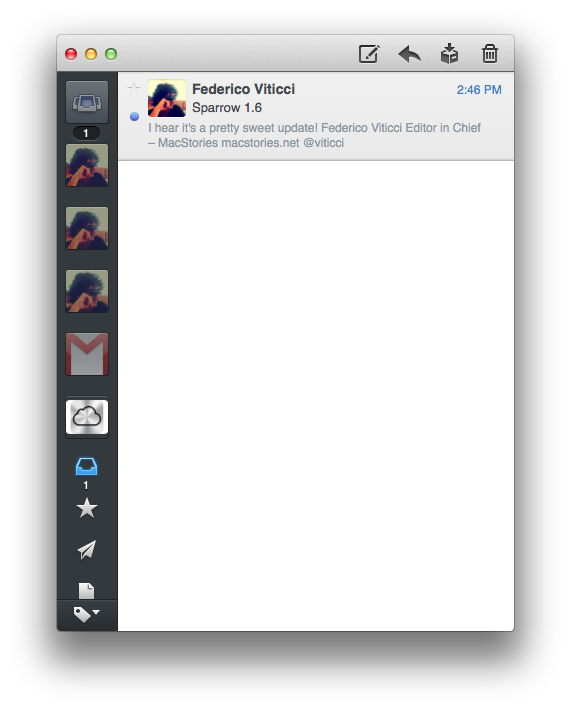 The Sparrow team has been busy rolling out updates for its iPhone app, but a new version of their popular Mac email client is available today on the Mac App Store, and it adds a series of long-requested features and fixes. If you’re still running a POP account, for instance, Sparrow 1.6 will finally let you configure it – this is a functionality “Sparrow switchers” have been asking since day one, but it took the team a while to properly implement it alongside support for Gmail and regular IMAP. If you’re still rocking a Hotmail account via POP and have been looking for ways to get those emails into Sparrow, now’s the time to update.

Version 1.6, however, comes with other improvements and fixes to enhance the performances and overall stability of the app, as well as usability in some areas. A minor yet welcome change in my Sparrow workflow, for instance, is the new “Empty Spam” button that allows me to flush undesired messages with a single click.

Another small change, but a new “Inbox Zero” message now greets you when nothing else is awaiting reply in your inbox. It’s the little things. 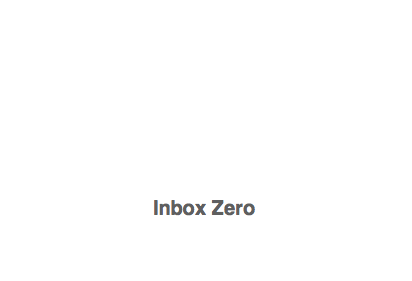 Also in Sparrow 1.6, there is a “true unified inbox” that lets you navigate all your drafts, starred messages, and sent emails directly from your unified account. Among the other changes, the tab key in the composer view now lets you toggle down from ‘To’, ‘Subject’ to ‘From’; hitting Esc on Quick Reply will save a draft; and a new Shift-cmd-option-M shortcut toggles the Extended Sidebar (so you can easily switch to a Twitter-like layout with profile pictures and icons instead of labels).

Make sure to check out the Sparrow blog for a full list of fixes and improvements in 1.6. Sparrow for Mac continues to be a staff favorite here at MacStories for its clever combination of social features, intuitive gestures, and customization options, and for this update, the Sparrow team kindly donated 20 promo codes to MacStories readers. You can get Sparrow for Mac at $9.99 on the Mac App Store, or you can enter our giveaway and try to win one of the 20 copies up for grabs. Details below.

To enter the giveaway, tweet the following message before 11.59 AM PDT (May  18th, tomorrow):

Win a copy of Sparrow for Mac on MacStories: http://mcstr.net/Jktamq

We will search Twitter.com for tweets and retweets and randomly pick up the winners. Make sure to follow @macstoriesnet on Twitter so we can get in touch with you once the giveaway is over. If you want to increase your odds of winning, you can also leave a comment to this post.

Winners will be announced on Saturday (May 19th). Good luck!