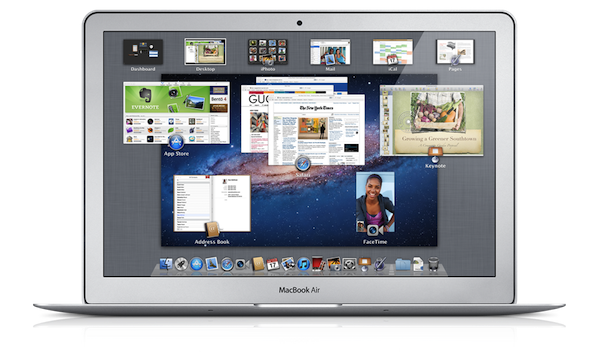 As Apple is getting ready to launch the next major version of OS X, Lion, in July, AppleInsider reports the company has decided to postpone the release of refreshed Mac models until the OS is available, so customers buying new computers will find Lion already installed. The move would make sense considering the new features being introduced in Lion: a customer that doesn’t need to manually upgrade (in spite of the simple upgrade process of the Mac App Store with one-click install) may result in a customer already tied to the new iCloud ecosystem once the suite launches this Fall, as well as immediate access to new functionalities like AirDrop, full-screen apps, or Mission Control. To put it simply: by releasing new Macs with Lion built-in, Apple would eliminate the risk of users putting off the upgrade for any reason.

Apple management is so pumped up over the advantages presented by its forthcoming Mac OS X Lion operating system that the company has been holding back the release of at least one new Mac refresh until the software is finalized, AppleInsider has learned.

For instance, new Thunderbolt-enabled Sandy Bridge MacBook Air models expected to go into production this month have been ready and waiting for some time, according to people familiar with the matter. But management is currently unwilling to usher the new models into the market with the current Mac OS X 10.6 Snow Leopard operating system.

With Apple’s Lion Up-To-Date program, customers will also be able to request the OS for free for Macs purchased between June 6, 2011, and the day OS X Lion comes out. This means that, even if the rumor’s untrue and Apple is not considering waiting for Lion’s release to unleash new Macs, customers would still have the chance to spend $0 to get the latest operating system.

As for the Macs rumored to be getting an update soon, the most notable ones are the MacBook Airs, allegedly set for a Thunderbolt and Sandy Bridge spec bump following the MacBook Pro and iMac refreshes from earlier this year. According to the rumor mill though, the Mac mini and Mac Pro lines are also due an update, with the server counterparts specifically mentioned in a report last week.