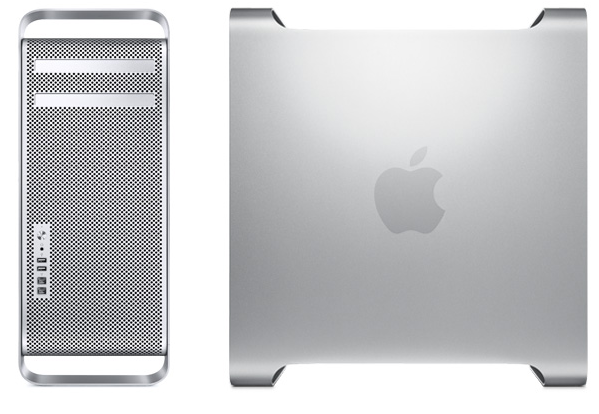 According to 9to5mac, “sources” are pointing to an upcoming refresh for the Mac mini and Mac Pro server lineup which could come in “the next month or so”. Apple will launch OS X Lion in July and, following the implementation of Sandy Bridge processors and Thunderbolt I/O technology in the latest MacBook Pro and iMac refreshes, it’s very likely the company will begin shipping new Mac minis and Mac Pros featuring the new aforementioned hardware. 9to5mac mentions, however, that the server lineup will go under a refresh, so we’re not sure how that would play out with the consumer version of the products. Still, it seems fairly obvious that all forthcoming Mac updates will carry Sandy Bridge and Thunderbolt. Apple quietly introduced its Mac Pro Server product after the Xserve’s discontinuation was announced in November.

The interesting part about both the Mac Pro and Mac mini server models become constrained simultaneously is that Apple might be looking to completely revamp their server offerings, not just update each respective product.

In past few weeks, rumors claimed Apple would soon refresh the MacBook Air family (perhaps in June or July) and the AirPort Extreme/Time Capsule lineup to bring better integration with its recently announced iCloud service. Whilst the Time Capsule announcement didn’t come true at the WWDC keynote, several sources have indicated the MacBook Air would soon receive an update to increase performances with new processors, as well as better connectivity with Thunderbolt.