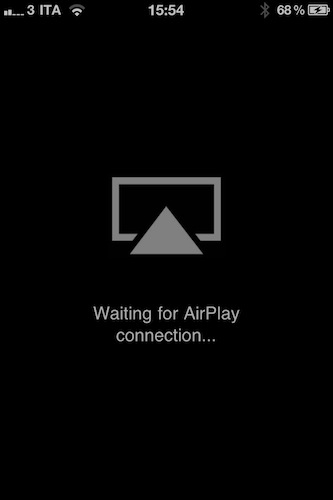 AirView is a universal application available for free in the App Store that does something iOS users have been asking since the original release of AirPlay: it turns any iPhone, iPad or iPod touch into AirPlay receivers capable of playing videos streamed from another device. With AirView, in fact, video can be streamed from iOS device to iOS device (iPhone to iPad, iPhone to iPhone) or from iTunes, something that Apple only does with the Apple TV 2nd generation.

AirView must be running on a device in order to show up as receiver on a local network. The app doesn’t enable music streaming, a feature we managed to activate in the past with a jailbreak hack. Photos aren’t supported either.

AirView is a neat little app that we guess Apple will soon remove from the App Store. When used in combination with Erica Sadun’s apps that extend AirPlay’s functionalities, it can become a quite powerful tool. Go grab it here now.