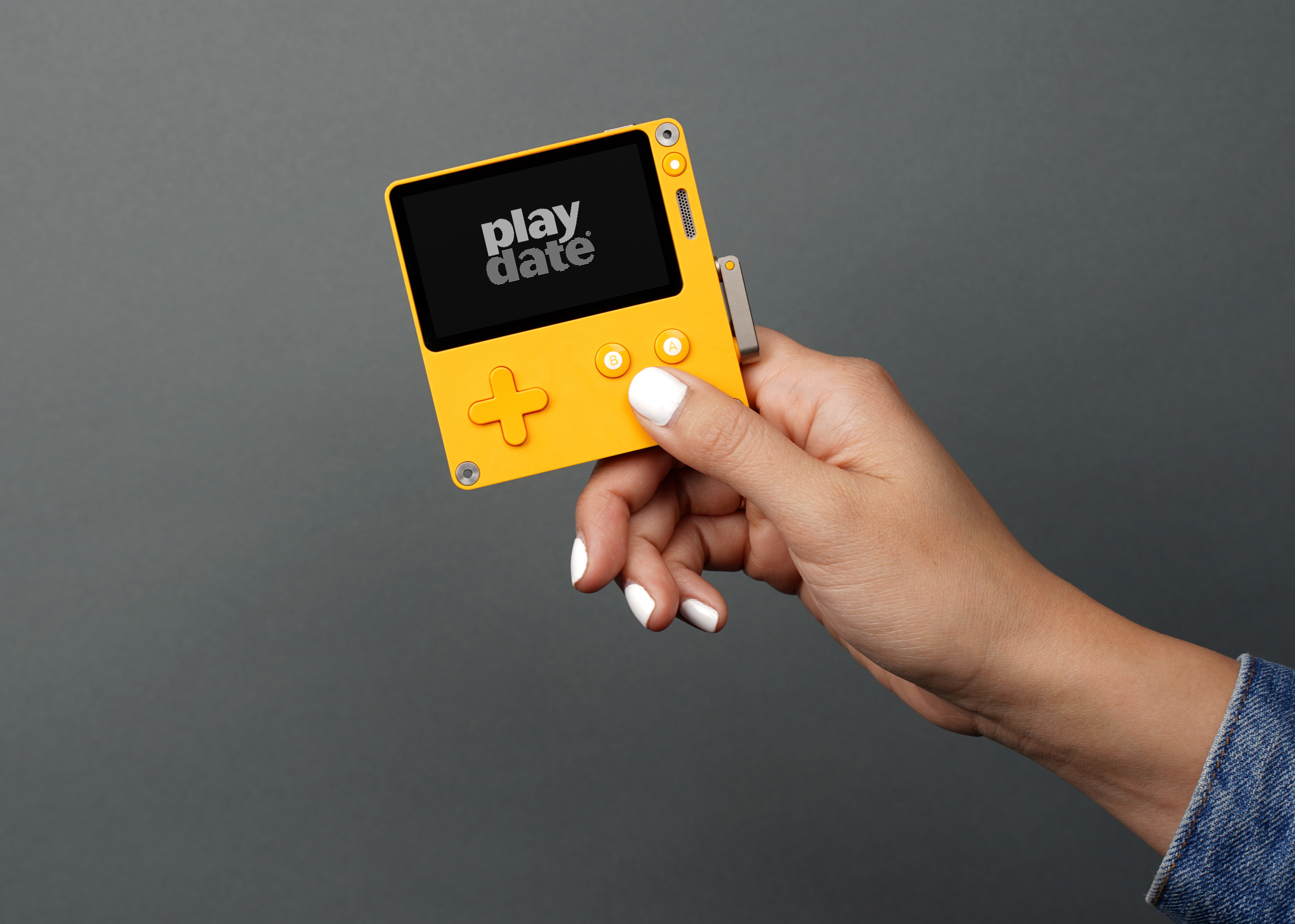 Panic, well-known for its thoughtfully-designed Mac and iOS apps, has announced that it’s entering the hardware market with a portable gaming system called Playdate, which will ship in early 2020 and cost $149. This isn’t Panic’s first foray into the game industry. With the release of the hit indie game Firewatch in 2016, the company became a game publisher. Later this year, Panic will publish the highly-anticipated Untitled Goose Game on the Nintendo Switch. Still, creating hardware is something altogether different for Panic.

Playdate is a diminutive handheld device with hardware and software features that distinguish it from any other handheld on the market. The bright yellow handheld system is just 74mm  ×  76mm  ×  9mm, which is roughly three inches square and a little thicker than an iPhone XS.

One of the most notable aspects of Playdate’s design is a crank that tucks neatly into one side of the device, an idea conceived of by Teenage Engineering, a Swedish company that worked with Panic on Playdate’s design and engineering. The crank isn’t for charging Playdate. The crank is a controller – an input device like the system’s buttons and D-pad that game developers can take advantage of as part of their games. A good example is Crankin’s Time Travel Adventure, a game by Keita Takahashi that is featured on Playdate’s website with a video demonstrating the use of the crank to move a character forward and backward through time. 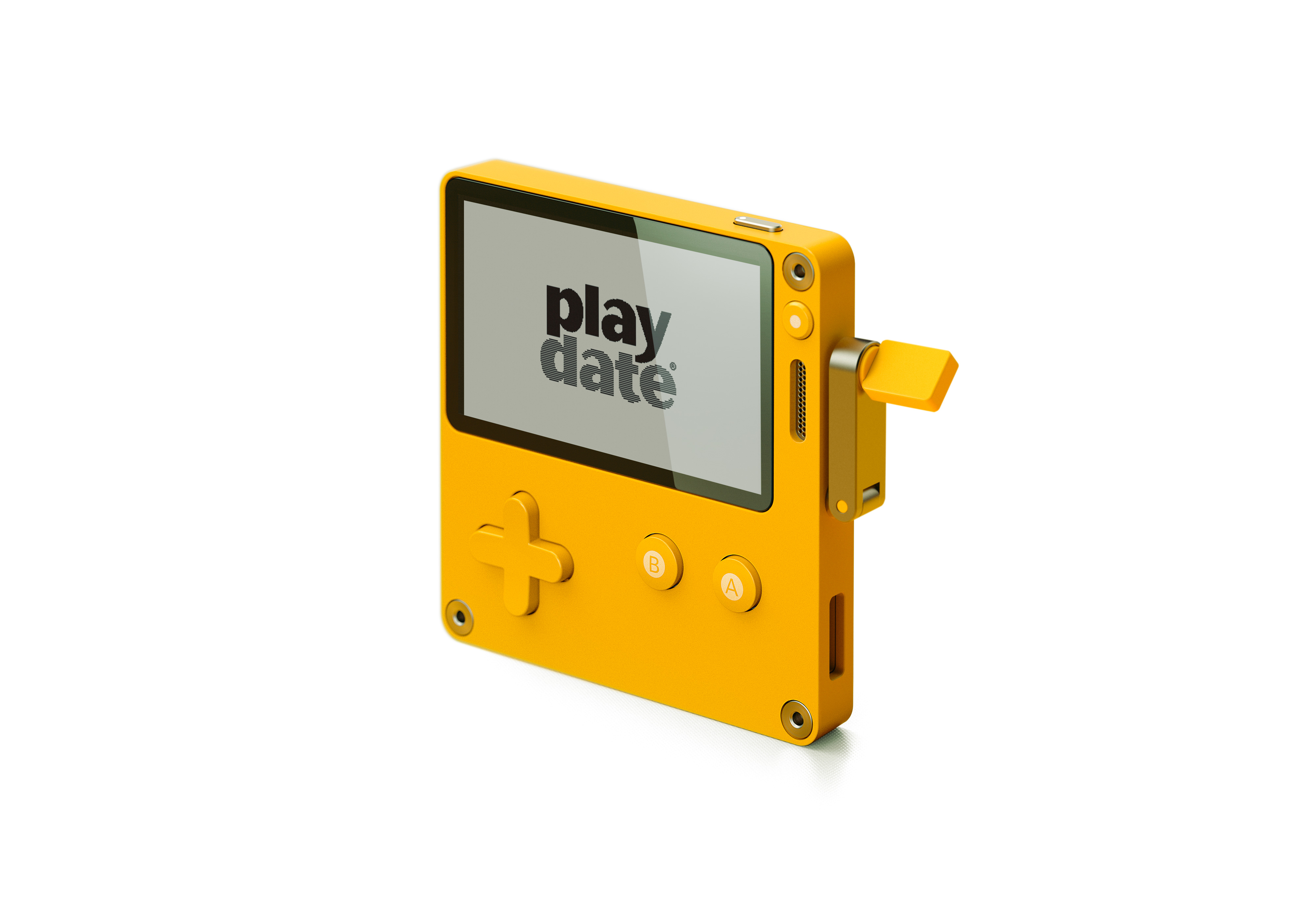 Another distinctive feature is Playdate’s screen, which Panic describes as a premium black and white display. The screen is a highly-reflective 2.7-inch black and white display from Sharp with a resolution of 400 x 240. Playdate’s screen is not backlit, which presumably will help extend its battery life. Playdate also features a D-pad, A and B buttons, a pause button, a speaker, WiFi and Bluetooth connectivity, a USB-C port, and a headphone jack. Other specs like CPU, RAM, and storage will be discussed at launch.

Playdate’s hardware is not like anything currently available on the market, and Panic says the device isn’t meant to compete with other handheld systems either. Instead, the goal is to complement existing systems for those times in between using other devices when you want to play a game.

That message seems to have resonated with independent game developers because Panic has announced an impressive lineup of game developers who are making games exclusively for Playdate. Those developers include Keita Takahashi, Zach Gage, Bennett Foddy, and Shaun Inman.

As part of today’s announcement, Panic has revealed one of the first dozen of Playdate games: Crankin’s Time Travel Adventure, by Keita Takahashi, the creator of Namco’s Katamari Damacy. The game, which you can see in action on Playdate’s website, demonstrates the use of the crank in gameplay to move the game’s protagonist forward and back through time.

A total of 12 games, which Panic is calling a season, will be released with Playdate for no extra charge. The games will be delivered weekly to the device over WiFi and announced with the flash of the light on the top of Playdate. Other than Crankin’s Time Travel Adventure, each game will be a surprise. If you purchase Playdate mid-season, the full season’s games will be available to you too. Panic says it will have more to say about future seasons at launch.

Games run on Playdate OS, a custom operating system created by Panic for the device. The company also built an SDK for developers that supports C and Lua as well as a Mac-based simulator and debugger. Developers interested in making games for Playdate are encouraged to contact Panic at developer@play.date. 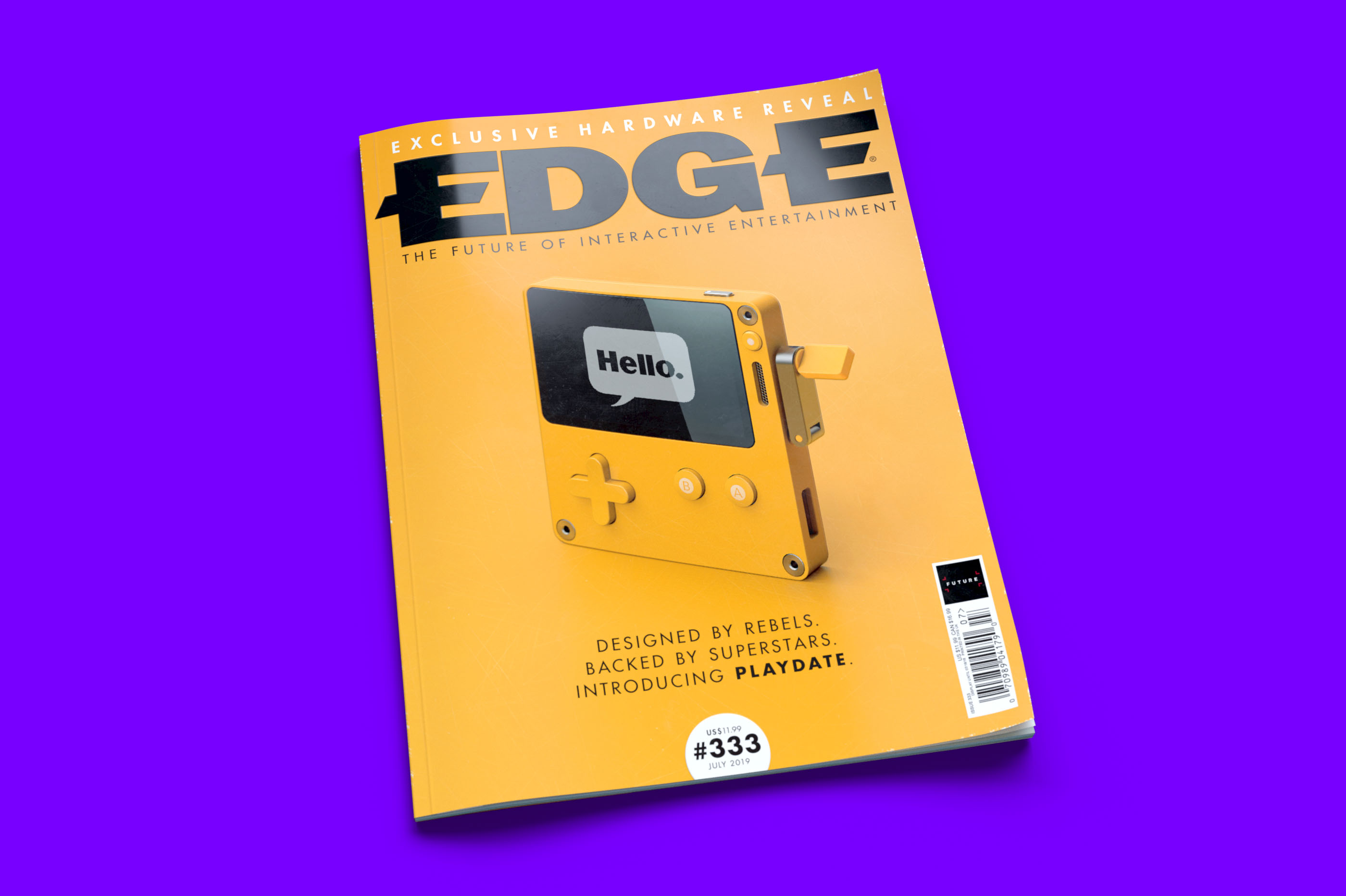 Issue 333 of Edge magazine will have more details about Playdate, including interviews with its creators.

Playdate is a dramatically different direction for Panic to take. It’s surprising, but also exciting. Although I haven’t had a chance to try Playdate, it’s clear that a lot of thought and care has gone into its design. Moreover, it’s not hardware that’s being built in the hope that it will be adopted by developers. Panic has lined up big names from the world of independent games, who have made some of my favorite mobile games. I don’t jump on board with pre-release hardware projects lightly, but for something like Playdate from a company with Panic’s stellar reputation and buy-in from established indie game developers, you can count me in. I can’t wait to get my hands on Playdate.

The $149 Playdate is scheduled to ship in early 2020 in limited supplies, which will be fulfilled on a first-come-first-serve basis from those who sign up for its email list at play.date.