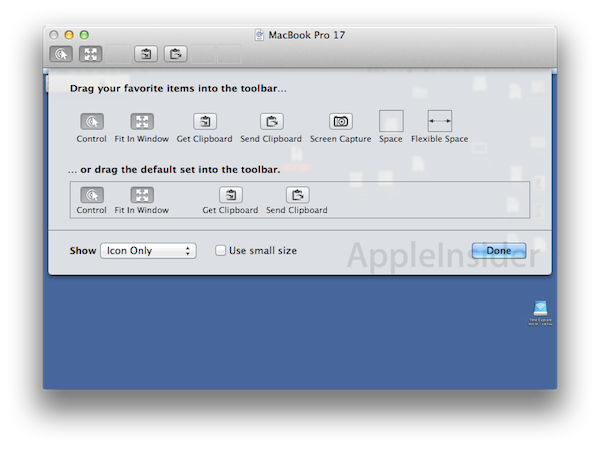 Following the release of the second Developer Preview of OS X Lion two days ago, several blogs have posted details and screenshots of what’s new, improved and changed in this build and, overall, Mac OS 10.7 itself. Together with the new features we covered in the past, Lion introduces a brand new multi-user screensharing system that will allow users to remotely log into their own computer even while it’s being used (locally) with another account. This is a major change that turns Mac OS’ Screen Sharing tool into a powerful remote computing solution with fast users switching options.

AppleInsider has posted details and screenshots of the new feature. A user has the possibility to log into a computer with his own account while another account is currently managing and using the machine; the “remote user” will still see his desktop environment, all his files and applications. In previous versions of OS X, when a user tried to connect remotely and share the screen, the “local user” would have to give up on the possibility of controlling the screen – or otherwise find a way to communicate in real-time with the remote user to decide who should move the mouse and control the computer. We’ve all been in this situation: when a friend asks us to control his machine for troubleshooting purposes, we have to make sure he doesn’t do anything while we’re controlling his desktop UI. Or, we tried to remotely log into our home computer only to find out a family member was using it and we had no way to independently access to our apps, files and folders. Lion will change this, and we believe it’s quite possibly one of the most interesting features unveiled so far, as it opens to a lot of possibilities for remote access, troubleshooting and, overall, effortless management of a machine not in our local network.

Now, any user with the credentials to perform screen sharing can log into a Lion system independently of another user who may already be logged in, and continue to work in a separate graphical session parallel to the logged in user.

After logging in behind a local user on a Lion machine, the remote session depicted both users as being logged in from the Fast User Switching menu. The Lion system only indicated the local user was logged in. However, when the local Lion user attempted to switch users and login as the other user from the Fast User Switching menu, the system experienced a kernel panic, indicating that the feature is still a work in progress and that the new feature likely involves significant changes to how the system handles user logins.

AppleInsider also reports the Screen Sharing client has been updated to accomodate new functionalities previously exclusive to the Apple Remote Desktop app (also sold in the Mac App Store) such as observe mode, control modes and a dedicated screen capture button. From what we’ve seen (and heard) so far, it really looks like Apple wants to completely overhaul the remote computing / sharing capabilities of Mac OS X, and we can’t help but think this is the right path to follow. Nowadays, we’re often away from our main desktop computers while we’re traveling or doing errands (perhaps with a new MacBook Air in our backpack), and being able to fully access a Mac and use it – even if another user is logged in – sounds like a great feature. We’re just speculating here, but what if Lion will allow us to log in, remotely manage a computer, erase its password and even track it in real time using only an Apple ID? Some of these functionalities have already been implemented in the developer preview, and we’re just waiting for Apple to “bring it all together” in the final release. Remote computing combined with a single Apple ID for everything (remember, it’s the account you already use for iTunes, the App Store and apple.com) is indeed the future of Mac OS. Also think about what third-party developers could do with this new system: imagine new versions of Screens or LogMeIn for iOS specifically updated to take advantage of Lion’s multi-user computing. Or a remote client for iPhone and iPad developed by Apple itself that would bring the OS X filsystem at your fingertips. 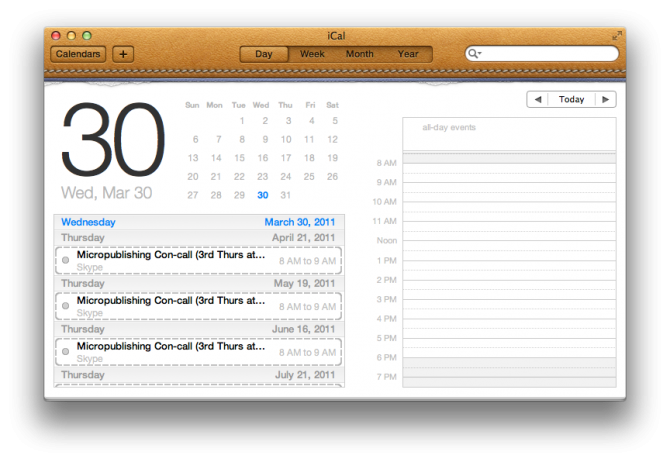 Other minor changes in the second developer preview of Lion include an option in iChat that enables user to activate a unified buddy list for AIM, Jabber and Bonjour contacts (pretty much what third-party plugin Chax already offers); an iCal redesign that brings the UI of Calendar for iPad to the desktop; a new settings panel for Auto Save in System Preferences. The new Auto Save option is particularly interesting as it lets users choose whether or not documents from apps that support auto-save should be automatically locked after a certain period of time to prevent accidental changes. 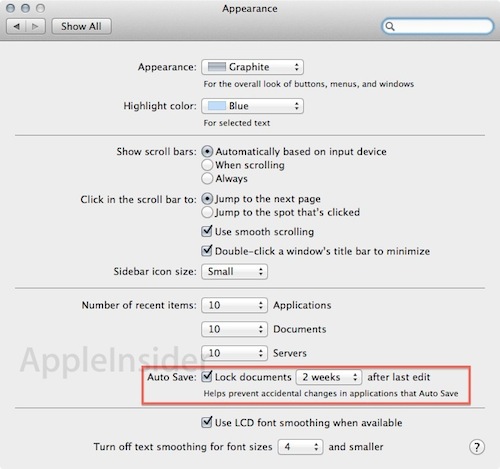