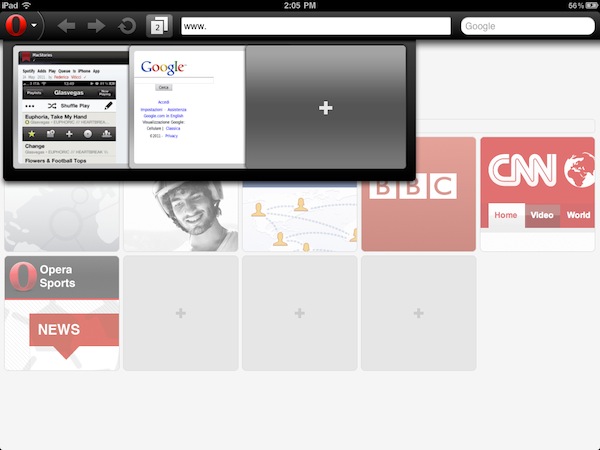 A few months after the first teaser shots and previews that confirmed Opera was working on an iPad version of its alternative browser featuring visual tabs and updated sharing options for the larger screen, the Norwegian company has finally released an update to its Opera Mini web browser this morning, bringing new features and an updated interface to the iPhone 4’s Retina Display, but most of all a native version to the iPad. You can find Opera for iPad now in the App Store.

We’ll have a full review of Opera for iPad later this week on MacStories, but in the meantime we’ve taken the app for a quick spin and we’re positively impressed with it. Visual tabs play an important role on the iPad, as they allow you to keep multiple pages open at once and actually see their previews concurrently on screen to quickly switch between them. Animations of the tab drawer at the top seem very smooth, though I’ve noticed that Opera Mini for iPad sometimes opens web pages in their iPhone mobile web view, rather than the desktop one as Safari for iPad does by default. This might be related to the server-side compression Opera does to speed up browsing, but we’ll make sure to further look into the Settings to resolve this issue. As for other features, a big Opera logo in the upper left corner allows you to access a popup menu with Bookmarks, History, Settings, and Sharing options, which include Facebook, Twitter and My Opera. Pages can be opened in background tabs, and overall the interface has been polished to look great on the iPhone 4 with minor tweaks here and there as well.

Opera Mini for iPad can be downloaded here for free. Check out more screenshots and the promo video below. 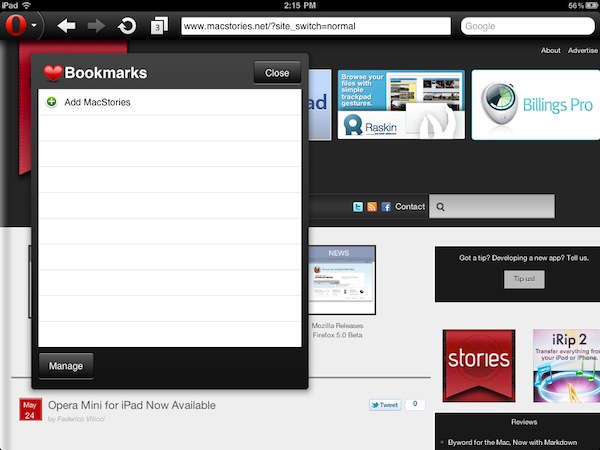 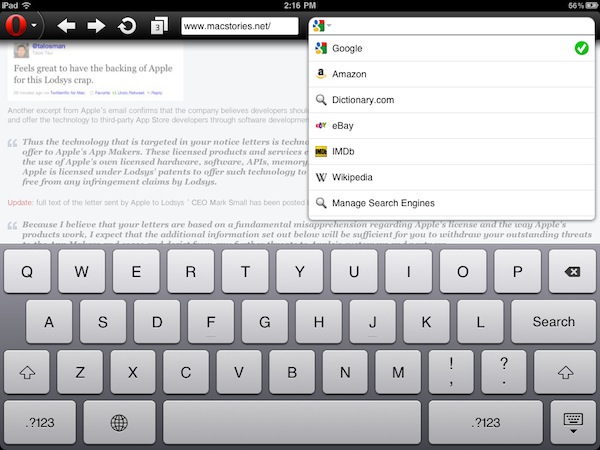 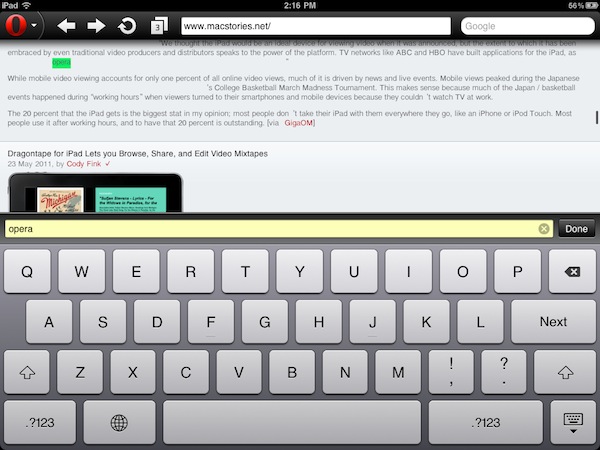 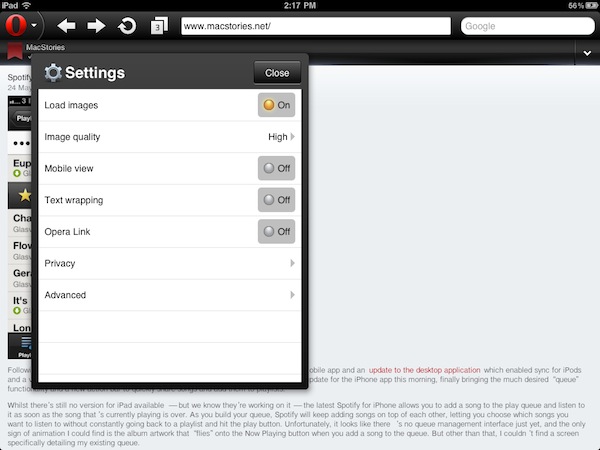