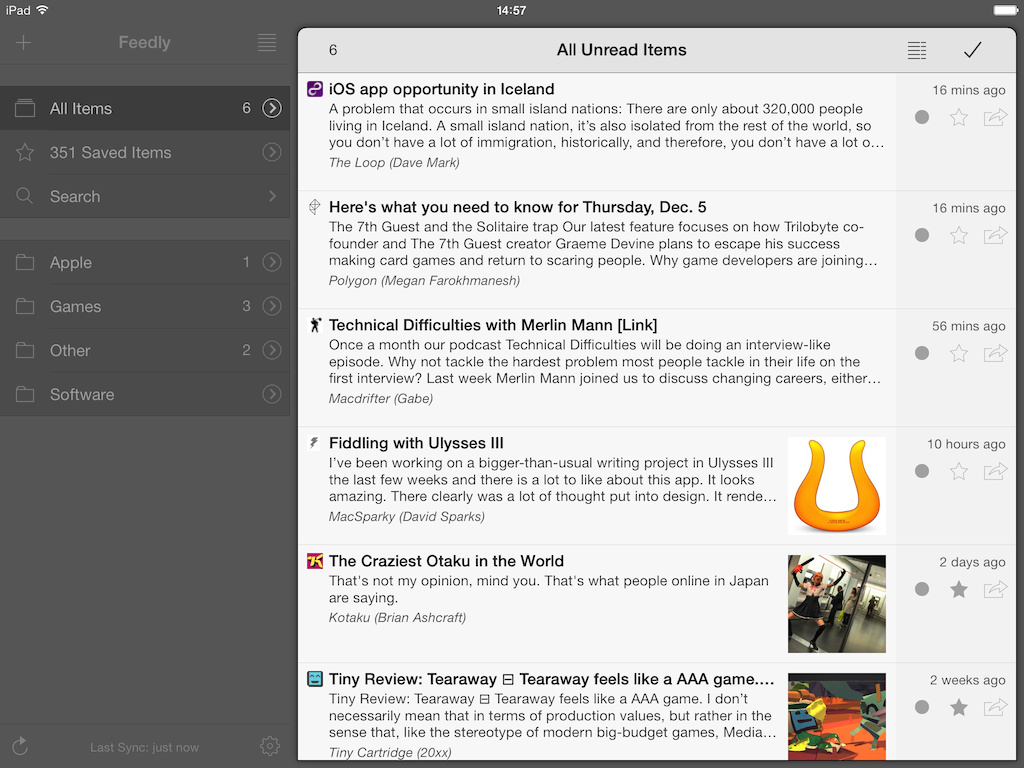 Mr. Reader, my favorite RSS reader for iPad and one of my must-have iPad apps, has been updated to version 3.0, which brings a (subtle) redesign for iOS 7, background downloads, Reading List support, and more. Mr. Reader 3.0 is a free update on the App Store.

Like Plex yesterday, Mr. Reader hasn’t been revolutionized in the transition to iOS 7: the layout of the app is still the same, with navigation elements (for feeds and folders) in a sidebar and the article list in a panel on the right that can be swiped to reveal the sidebar in portrait mode. The default themes have been redesigned, with “New York” and “Paris By Night” providing, in my opinion, the best built-on options for light and dark reading modes – now with less textures and glossy buttons. Icons are new, contextual menus are white and translucent, and the app icon is new as well. Mr. Reader 2’s UI was jarring on iOS 7, and version 3.0 makes the app look good without drastic changes.

Alongside minor changes such as font additions, AirDrop support, and new Facebook sharing options, Mr. Reader 3.0 (which is iOS 7-only) brings automatic background downloads for articles. Configurable in the Settings under “Background Sync Interval”, this feature uses iOS 7’s Background App Refresh technology to start Mr. Reader in the background to check for new items, but the interval (in minutes) ultimately depends on iOS to be activated. In my tests and after a few days of “learning”, the app started to respect my choice of checking for articles every 30 minutes, but there were times (usually when my battery was low or I had poor cellular reception) when I still had to launch the app manually to sync with Feedly or Feed Wrangler. 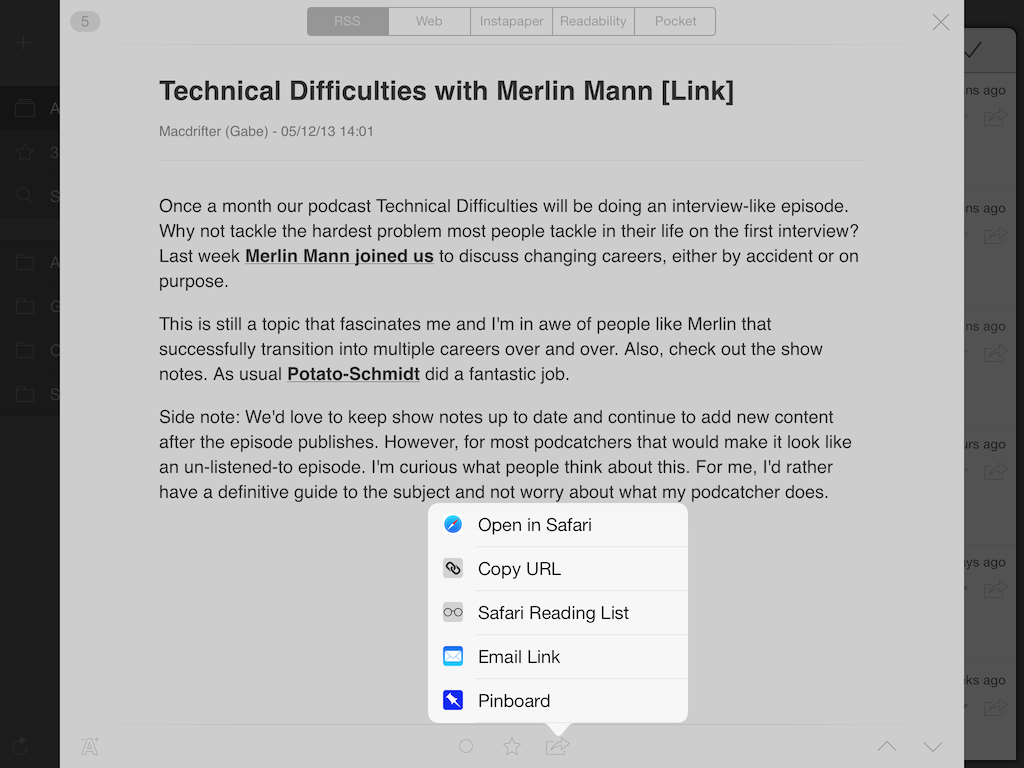 Mr. Reader 3.0 retains the old version’s customizable sharing menu: with a basic knowledge of URL schemes and through variables for article titles or URLs, you can build your own Services-like menu to send feed items to any iOS app. There are no changes to this feature in Mr. Reader 3.0; a notable new sharing option is Reading List, which can receive URLs to read later without having to open Safari.

Mr. Reader is packed with features, especially when it comes to customizing how articles are displayed and can be shared through system services or third-party apps. The new version looks good on iOS 7, is faster, and can sync in the background. Mr. Reader 3.0 is available on the App Store.