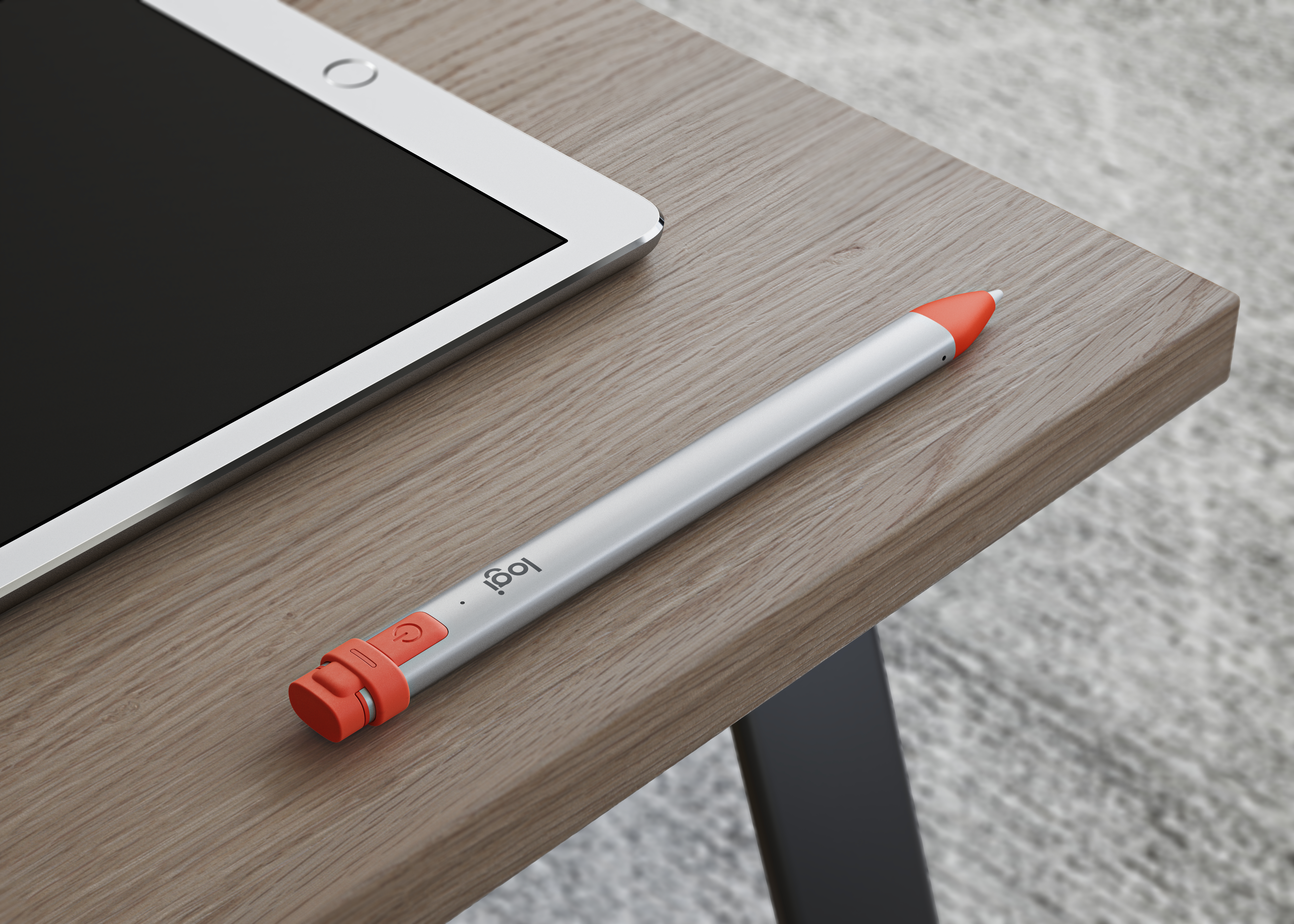 The Logitech Crayon stylus that was announced at Apple’s spring education event was available originally to education customers only. Logitech has announced however, that beginning on September 12th the Crayon will be available to anyone who wants one.

The Crayon has many of the same features as Apple’s Pencil but lacks pressure sensitivity. The device is also designed with kids in mind. The rubberized cap that hides a Lightning charging port is tethered to the device, and the replaceable tips can only be removed with a special tool. The barrel of the Crayon is also squared off so it won’t roll off a table.

Logitech says the Crayon will be available initially at Apple retail stores, Apple.com, and Logitech.com. However, beginning in October, availability will expand to other retailers.

The Crayon will continue to be available to education customers for $49.99. Everyone else can purchase the Crayon for $69.99, which is $30 less than the Apple Pencil.

It’s interesting that the Crayon goes on sale to the general public the same day as Apple’s fall event. Perhaps this indicates that new iPads will debut during the event, despite the lack of iPad rumors and leaks compared to the iPhone and Apple Watch.